Today I’m delighted to welcome Jan Ruth back to my site with a wonderfully equine blog.

My passion for horses, whispering, and the inspiration behind the Midnight Sky Series

Just when you think you know everything about a subject, along comes someone to blow apart a lifetime of assumptions. Monty Roberts’ father was virtually destroyed by his son’s belief in ‘horse-whispering’, as a far more humane and less exhausting method of breaking and training horses. It’s no secret that Monty took a severe beating for it.

A remarkable man, Roberts went on to foster disadvantaged children, using much the same wisdom and insight he’d learnt through studying horses and their social groups in the wild. It’s too easy – and often misguided – to bestow animals with human emotion, but maybe trust is rooted in the same place in humans as in horses, and observation and interpretation is all that’s required to make a valuable connection, regardless of language. And isn’t whispering usually far more effective than shouting? Much the same as writing good fiction; and if we’re talking analogies there’s nothing worse than clunky dialogue. Is Natural Horsemanship simply natural dialogue?

Guido Louis Leidelmeyer: “In the words of the horse: ‘Listen’ by observing me, and communication between us will come naturally and silently. In my words: Can I help you do that?”

As with most things that work well, it’s based on a simple concept of alignment with nature. Horses like to hang in a crowd (herd), follow the leaders – usually the older mares – and be out in the open simply because if there’s a predator, they’re more likely to bolt, than stand and fight. That’s about it. If a horse is singled out he is more likely to turn to us without fear or aggression once he comes to realise that we are not predatory, and as a surrogate leader can offer the ultimate protection. And that’s where the ‘following’  or ‘joining-up’ comes in. 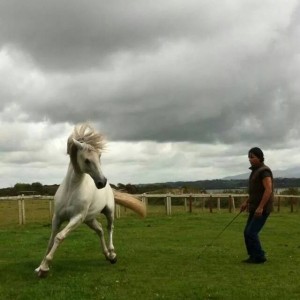 This principle works with wild/un-handled horses as well as re-training by reiterating the relationship of horse and leader for equines who have formed bad habits, or those with anxiety issues.

Actually, most bad habits stem from anxiety and a lack of leadership. It’s a little like your pet dog – and dare I say children, too? – needing to know they’re safe and secure place in the family pack, although the body language between dogs and horses is rather different. Flattened ears in a dog is more likely to mean subservient greetings whereas a horse … well, watch out!

Not everyone agrees that these principles are quite so cut and dried, and as is often the case with a lot of unquantified skills, there is perhaps some sixth-sense at work gleaned from years of experience. There are many equine behavourists who claim the ‘following’ principle is flawed. But the proof is in the pudding. I’ve watched Guido use these techniques on a couple of riding-school horses – both of whom he’d never ‘met’ – with amazingly fast results: 20 minutes to resolve a problem with electric clippers on a mare which had for some 12 years, aggressively avoided the issue. The owner was quite rightly, open-mouthed. But the problem isn’t solved in its entirety, as Guido explained: Tilly’s owner needed to learn and understand the process for herself, and as is the case with most success stories, a certain measure of self-belief is required. It’s this psychological leadership which is perhaps where the sixth-sense bridges that gap between human and equine. 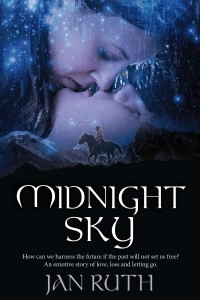 Horses have been a lifetime’s passion for me. No surprise that they feature in most of my novels, more so in MIDNIGHT SKY and the sequel: PALOMINO SKY.  Both books draw on the principles of horse-whispering and the power of self-belief – but I take on this theme in a fictional sense rather than a technical sense. It’s so easy to swamp the narrative with too much unwanted detail. And yet, it’s the minutiae of life which underpins the storyline in PALOMINO SKY. As with horse-whispering, it’s the observation of perhaps something seemingly inconsequential which can change an entire situation. If you’re not horse savvy or enjoy only a passing interest, I’ve tried to portray the equine aspect as secondary to the storyline in these books. On the other hand, horse enthusiasts will hopefully embrace the setting! 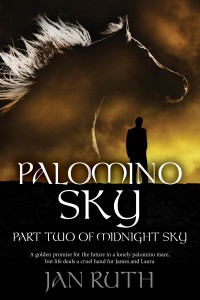 A golden promise for the future in a lonely palomino mare, but life deals a cruel hand for James and Laura.

James is still running from the past after the loss of his wife, and a devastating accident forces him to face his final demons, but at what cost? Laura is forced deeper into his rural world – a life she once despised – but discovers empathy and hope in the palomino mare she calls Song.

Repercussions abound for Maggie too, when the full extent of her daughter’s dangerous liaison comes to light, leaving the entire family in turmoil. Will James and Laura ever find a golden future, or has life dealt too vicious a blow? 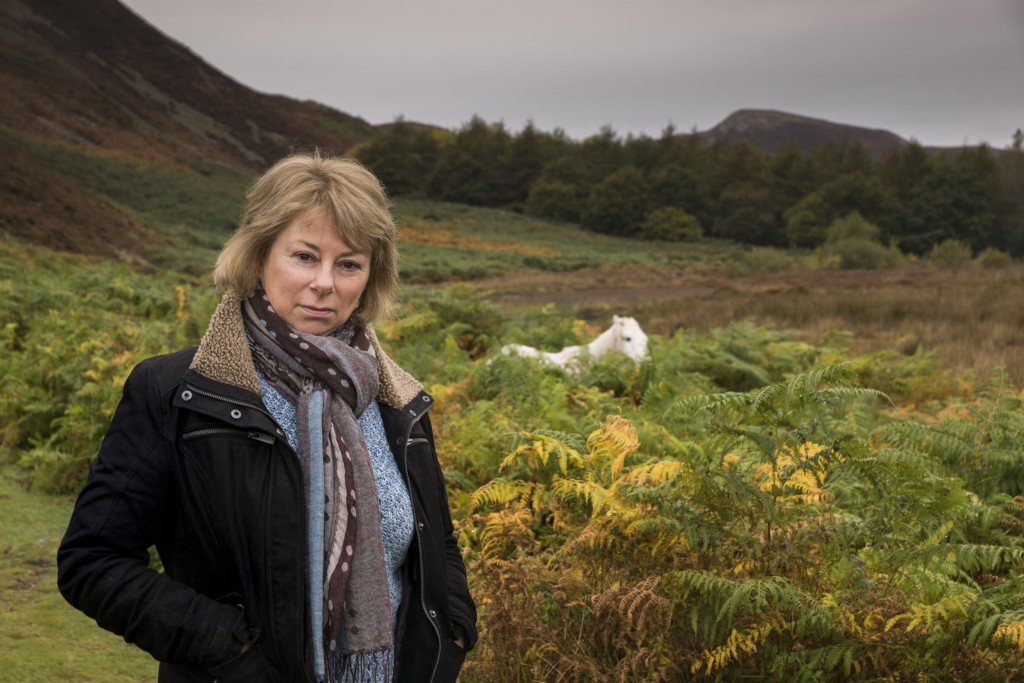 Many thanks for such a lovely blog Jan,