It’s that time again! ‘Opening Lines’ day is upon us. This week we are diving straight into the action with the first 500 lines from Charlie Laidlaw’s ‘The Things We Learn When We’re Dead’.

The Things We Learn When We’re Dead is a modern fairytale of love and loss.  It’s about the subtle ways in which we change, and how the small decisions that we make can have profound and unintended consequences.

On one level, the book is a simple story of a young woman’s life.  But, for those readers who want to make the connection, The Things We Learn is also a retelling of The Wizard of Oz: how a young woman in ultimately tragic circumstances comes to reassess her life and find a new beginning. 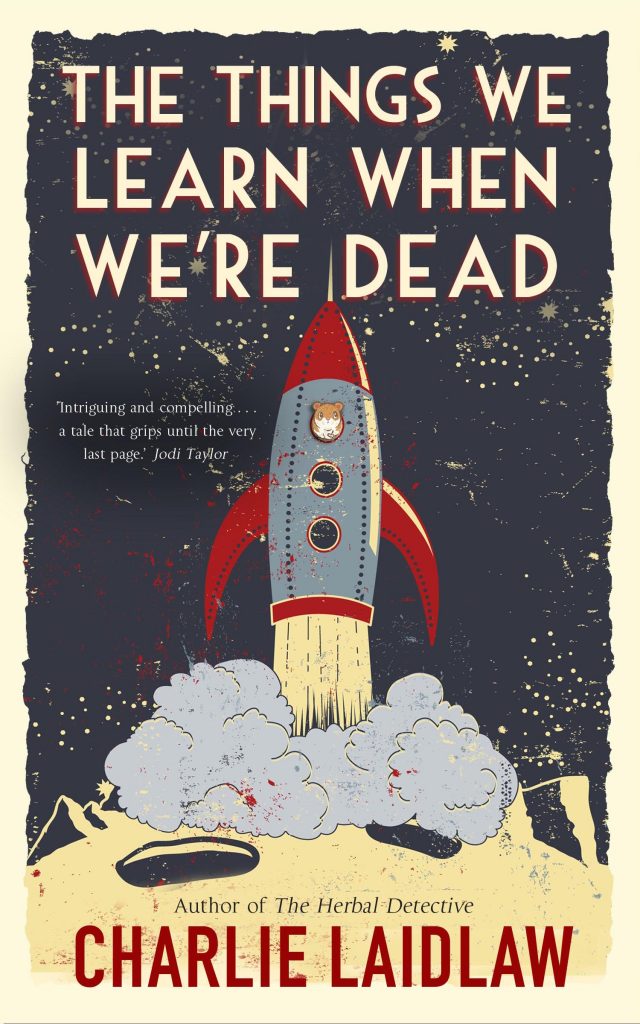 Single is the race, single

Of men and gods;

From a single mother we both draw breath.

But a difference of power in everything

For one is as nothing, but the brazen sky

Stays a fixed habituation for ever.

Yet we can in greatness of mind

On the Olympics: Pindar of Thebes, ancient Greek lyric poet

The universe is change; our life is what our thoughts make it.

At the end of her Edinburgh street, where it joined a busier road, was a security camera perched high on a metal pole.  If anyone had been watching they would have seen a slim young woman in a red dress illuminated under a streetlight.  They would have seen that she seemed agitated, her feet fluttering on the pavement’s edge, her hands raised to her face, turning this way and that, and then stepping into the road.  She seemed to be crying, unsure what she was doing.  They would have seen the approaching car and that the young woman was looking in the wrong direction.  When she did hear it, turning in mesmerised surprise, it was too late.  But perhaps nobody had been watching the CCTV screen because it was the driver of the car who called for the ambulance, a small crowd gathering, and who then tried to make the young woman comfortable – talking to her, even pushing his jacket under her head – and waited beside her until the ambulance arrived and the paramedic said that he couldn’t detect a pulse.

On the morning of her death, suicide bombers blew themselves up on London’s transport network.  Three on the Tube and one on a bus.  Dozens were dead, many more maimed.  She watched, appalled, as the news unfolded, curled on the sofa, making cups of coffee that she didn’t drink, while the sun traversed the rooftops and patterned her in shadows.  It seemed a rerun of 9/11 or Bali or Madrid; random and senseless.  That’s what angered her the most: it was carnage without fathomable purpose.  She was alone in her flat; she’d had an argument with her flatmate who had flounced off, muttering darkly and swearing loudly.  But she was used to being alone, to the silence; she welcomed that kind of solitude because it didn’t allow for distraction: it gave her the space to frown over her law books, sucking on a pencil or tapping on her keyboard.  But not today; today she wanted company: someone to share her outrage with, but she didn’t know who to phone.  Instead, she’d make another cup of coffee, set it on the table beside the sofa, and then throw it away when it was stone cold…

Charlie Laidlaw was born in Paisley, Scotland and is a graduate of the University of Edinburgh.  He is a former national newspaper journalist and Security Service intelligence officer, now working as a marketing and PR consultant.  He is married with two grown-up children and lives near Edinburgh.

Come back next week to enjoy the first 500 words from one of Nell Peters’ novels.