This week’s opening lines comes from the amazing K.M. Pohlkamp; an aerospace engineer who works in Mission Control no less! In contrast to her up to the minute profession, she has written a fascinating historical novel…Apricots and Wolfsbane.

The world’s first known serial killer was a woman.

That fact struct me after reading an article about forgotten females from history. Locusta was a female poison assassin from Rome (Gaul) who discovered it was more lucrative to use her knowledge of herbs to kill than heal. As a female engineer, I relate to the struggle of going against traditional gender stereotypes. Locusta must have faced challenges, but her gender would have been an asset in a field where surprise provided an advantage. There is not much known about Locusta, which incited my imagination. And the more I thought about her life, a story began to weave in my mind.

At the same time, my priest gave a sermon about the ease of falling into a cycle of sin and penance. How often we realize our actions are incorrect and then feel guilt but after awhile the guilt wears and it becomes easy to commit the sin again. Of course he was talking about minor offenses, but as a matter of reductio ad absurdum, I applied this concept to a murderer and placed Locusta’s inspiration at the height of the Catholic Church in Tudor England. 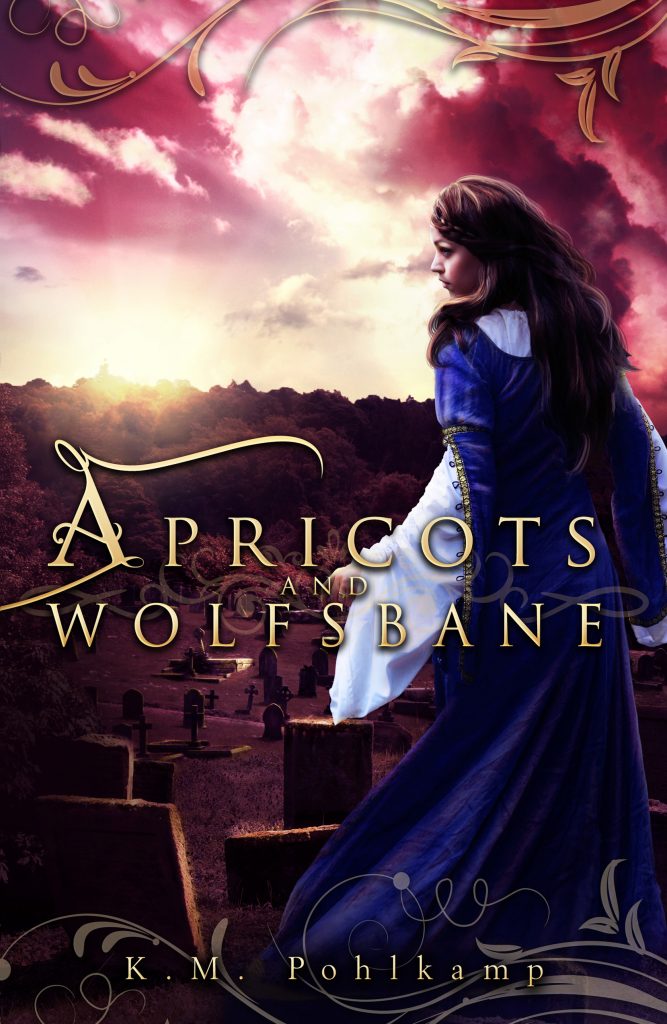 Synopsis of Apricots and Wolfsbane

Lavinia Maud craves the moment the last wisps of life leave her victim’s bodies—to behold the effects of her own poison creations. Believing confession erases the sin of murder, her morbid desires are in unity with faith, though she could never justify her skill to the magistrate she loves.

At the start of the 16th century in Tudor England, Lavinia’s marks grow from tavern drunks to nobility, but rising prestige brings increased risk. When the magistrate suspects her ruse, he pressures the priest into breaking her confessional seal, pitting Lavinia’s instincts as an assassin against the tenets of love and faith. She balances revenge with her struggle to develop a tasteless poison and avoid the wrath of her ruthless patron.With her ideals in conflict, Lavinia must decide which will satisfy her heart: love, faith, or murder—but the betrayals are just beginning.

Apricots and Wolfsbane was shortlisted for the 2017 Chaucer Historical Fiction Awards and received 5-stars from Readers’ Favorite.

And the first 500 words of Apricots and Wolfsbane:

The violent display of convulsions lasted longer than I anticipated.

With my boots propped on the table, I remember watching beads of wax roll down the candle, marking time between my victim’s spasms. The brothel room was sparse, and the bed in the corner remained undisturbed. I had assumed the role of temptress that evening, but delivered a different climax.

I savored the fear on my victim’s face as much as my own unlaced mead. The sweetness of both danced on my palate. His repulsive gagging, however, I endured with patience.

My target focused upon me. His hand shook, reaching out in a misplaced plea for aid. Instead, I raised my goblet in a final toast while he turned purple. He glanced towards his spilled glass, and then studied my face with new understanding. With his last remnants of life, he pieced together what I had done. Those little moments made the act so delicious. And as his body collapsed upon the floor, I added one more success to my mental tally.

The scratching of my chair sliding across the uneven floor broke the sudden, serene silence of the room. Driven by curiosity, my boots echoed with each step towards my victim.

The man’s eyes contained a lingering remnant of vibrancy despite the departure of the soul they once served. White froth percolated from his open mouth, overflowing the orifice to trail down his neck. It was not an honorable death, but my client had paid for certainty, not dignity.

Curious, I examined the large ruby on the victim’s pointer finger which matched the client’s description — an ornate setting with a coat of arms on one side of the gem and a mare’s head on the opposite. The worked piece of silver did not seem important enough to procure my service, but as a professional, I had not asked for justification, only payment. Material significance so often motivated patrons to fill my coffers. I recognized the inherent sin, but I never judged a client’s reason. I was not qualified to cast the first stone.

I did admire my victim. After all, he was a fellow criminal. I believed his talents as a thief must have been remarkable to pilfer the ring unnoticed from the finger of its owner. I often boasted of my own sleight of hand, but admittedly, I could not accomplish such a feat. Though in my defense, assassin clearly trumped thief.

After donning the black leather gloves concealed within the lacings of my bodice, I returned to business. I pushed the tipped chair out of the way and pulled on the ring, but my motion abruptly halted.

Caught at the knuckle, the gem did not budge.

I stared at his limp hand, dumbfounded, before a flame of focus burst through my body. How I craved and savored that rush. That high, and the feeling of power, motivated my ghastly craft all those years. Despite the stress, I never lost control of my… 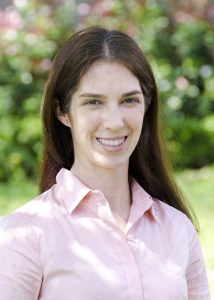 K.M. Pohlkamp is a blessed wife, proud mother of two young children, and an aerospace engineer who works in Mission Control. She operated guidance, navigation and control systems on the Space Shuttle and is currently involved in development of upcoming manned-space vehicles. A Cheesehead by birth, she now resides in Texas for her day job and writes to maintain her sanity. Her other hobbies include ballet and piano. K.M. has come a long way from the wallpaper and cardboard books she created as a child. Her debut historical fiction novel, Apricots and Wolfsbane, was published by Filles Vertes Publishing.

Visit GoodReads and see what others are saying

Many thanks for some great opening lines.