A Touch of Spring

With the third Mill Grange novel, Spring Blossoms at Mill Grange, coming out in paperback on Thursday, I thought I’d share an extract from Thea, Shaun, Tom, Helen, Tina and Sam’s latest adventure. 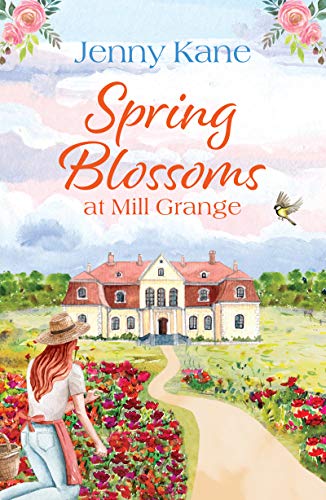 Helen Rogers has been lying to herself over her feelings for Tom since the moment they met. And for good reason; not only are they colleagues, working together with the archaeology groups at Mill Grange, but her sabbatical is almost over and she’ll soon have to return to Bath.

Tom Harris knows he’s falling in love with Helen. How could he not? She’s smart, kind and great with his son Dylan. But with his ex-wife suddenly offering him a chance to spend more time with Dylan, and the staff of Mill Grange about to host a wedding, everything else has to be put to one side. Even his feelings for a certain archaeologist.

As Helen’s time at Mill Grange runs short, the two are forced to consider what matters most... 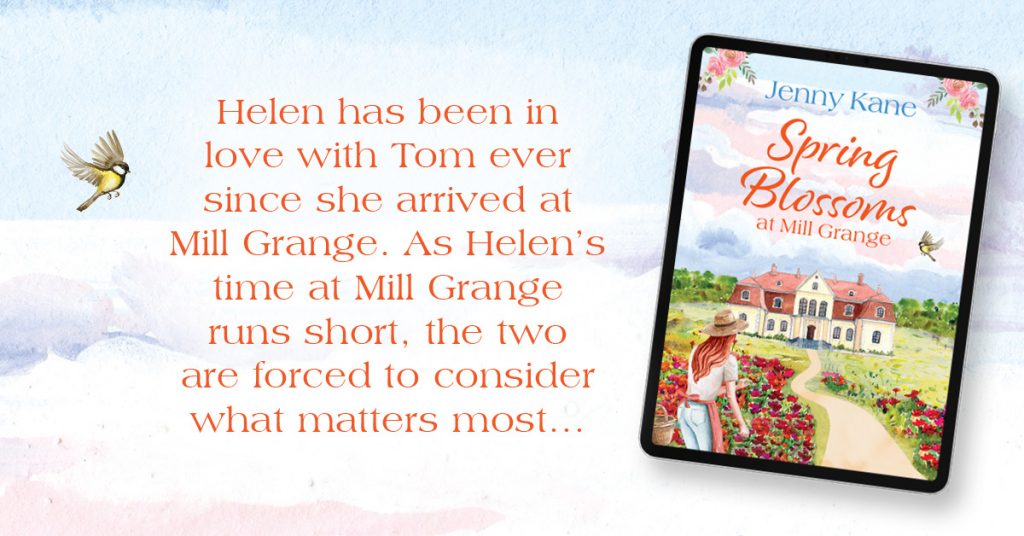 ‘Do you honestly think I’ll need eighteen pairs of knickers? It’s the Cotswolds, not the Kalahari.’

Thea scooped the entire contents of her underwear drawer onto the bed as Shaun flung open a suitcase.

‘No, I think you’ll need thirty pairs or more, but as you only have eighteen, then pack them.’

‘Seriously?’ Thea eyed some of her older undies with suspicion. The greying fabric had been consigned to the back of the drawer to be used in emergencies only, although now she thought about it, she wasn’t sure what that emergency might be. An archaeological excavation in the middle of nowhere, perhaps?

‘You know what it’s like on a dig. Laundry facilities only happen to other people. A flushing toilet can be a luxury sometimes.’

‘Won’t the local village have a launderette?’

‘It’s the Cotswolds, Thea. The people who can afford to live there don’t need launderettes.’ Shaun winked. ‘I tend to wring out my smalls in the nearest public toilet sink or a bucket of cold water.’

Thea laughed. ‘I used to do that when I was a student on excavation.’ Stuffing every pair of socks she owned into the suitcase, she added, ‘Age has softened me!’

‘You’ve got used to manor house living, that’s what it is.’ As Shaun threw a pile of t-shirts onto the bed, he caught a glimpse of anxiety crossing Thea’s face. ‘I was only joking. It’s not like student times. We get a catering truck, posh tents and Portaloos. The only thing we don’t have is regular access to a washing machine.’

Holding a thick jumper to her chest, Thea pulled a face. ‘I’m not worried about knickers or having our own bathroom or anything like that. It’s just… what if the show’s new producer hates me? Phil gave me the job as co-host of Landscape Treasures because of the work I did for you in Cornwall, but the new guy… is it a guy?’

‘It is. A bloke called Julian Blackwood. I’ve not worked with him before, but I’ve heard he’s good.’

‘Well, what if this Julian takes one look at me and decides to trade me in for a younger model? I’m thirty-three for goodness sake, that’s ancient in female telly present land.’

‘Then he’d be a fool. Anyway, that attitude, thank goodness, is gradually dying off. And if he was a “pretty young thing” bloke, rather than a “pretty thirty-something with experience and talent” type of chap, then he’d lose your skills and my respect. Which, as I’m the show’s presenter, would be pretty stupid.’

‘That’s the other thing.’

‘What is?’ Shaun threw a mountain of socks into the case, many of which, Thea was convinced she’d never seen before.

‘I don’t want the guest-presenter role just because I’m your partner. Some of the archaeologists are bound to think that’s why I got it. If Phil only gave me the job because—’

Raising a hand to stop the fear he’d heard Thea utter at least once a week since Landscape Treasures had asked her to appear as their Roman expert for the next series’ opening episode, Shaun said, ‘You got the job because you are good at it. End of. Now, if you put all the clothes you want to take on the bed, I’ll finish packing them so you can go and say goodbye to Tina and Helen. Go to Sybil’s or something. It’ll be a while before you have a scone as good as one from her café.’ 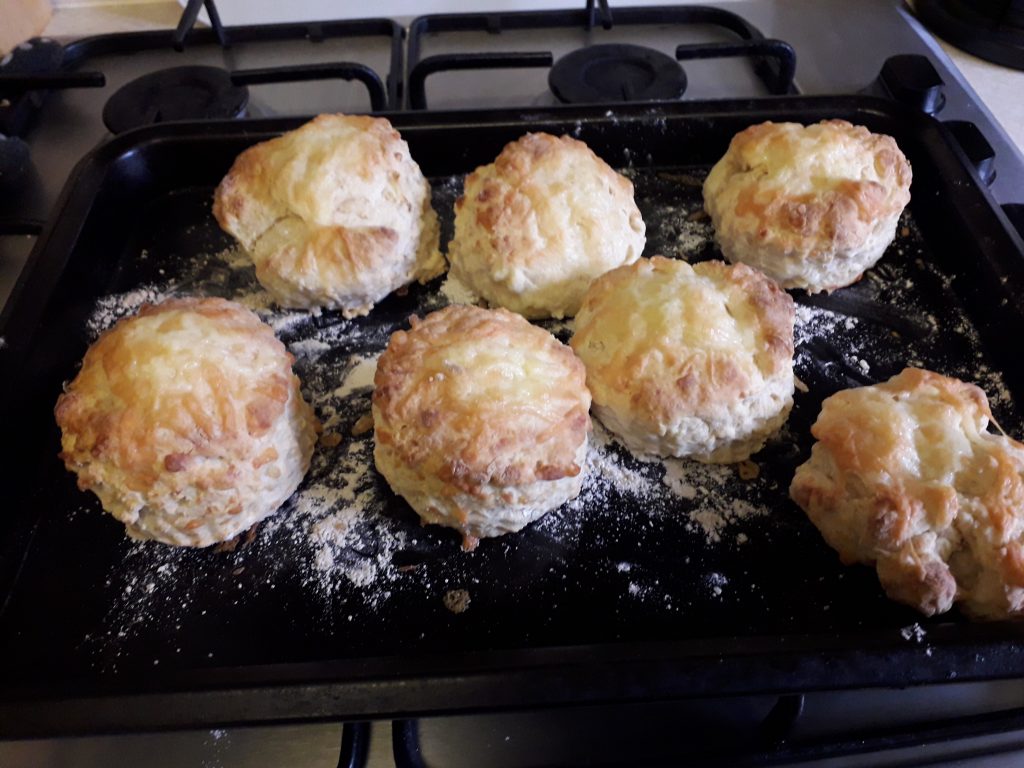 ‘There is something rather delicious about sneaking off for morning coffee on a work day.’ Tina raised her coffee cup in salute to Thea and Helen as they waited for Sybil to deliver a round of her famous cheese scones.

‘I ought to be scraping a ton of mud off the shovels ready for the new guests this afternoon,’ Helen dropped a sugar cube into her mug, ‘but I can live with the guilt.’

Looking at her two friends across the Spode covered, table, Thea smiled. ‘I’m going to miss you two.’

‘You’re only going for eight weeks. Anyway, you’ll be far too busy being famous to miss the likes of us,’ Helen gave her a friendly nudge, ‘and too knackered from all the digging to notice the time passing.’

Thea laughed, ‘The famous bit I doubt, the knackered bit I can’t argue with. I ache enough after a day helping you and Tom on our fortlet, these days. A full eight week dig with television cameras watching my every move is going to kill me.’

‘Don’t be daft.’ Tina looked up as Sybil arrived at their table, ‘I swear your scones smell more delicious every time we come in here.’

Sybil rolled her eyes, ‘Praise indeed seeing as at least one of you – Thea – is here every other day testing the merchandise.’

Thea stuck out her tongue. ‘Well, the chicken’s eggs need delivering. It would be rude to walk all this way and not sample the goods.’

‘It’s a twenty-minute walk! You make it sound like you need Kendal Mint Cake and crampons!’

‘I’m going to miss your cooking almost as much as I’ll miss you, Sybil.’

Picking up a large paper bag from where she’d placed it on the next table, the café owner passed it to Thea. ‘Well, these should keep you going for a while at least.’

Having peeped inside the top of the bag, Thea got up and gave Sybil a hug. ‘Thank you.’

‘I didn’t want Shaun to go without my scones either.’

‘Shaun?’ Thea laughed. ‘If you think a bag of your scones will last long enough to share with him, you are under a serious misconception!’… 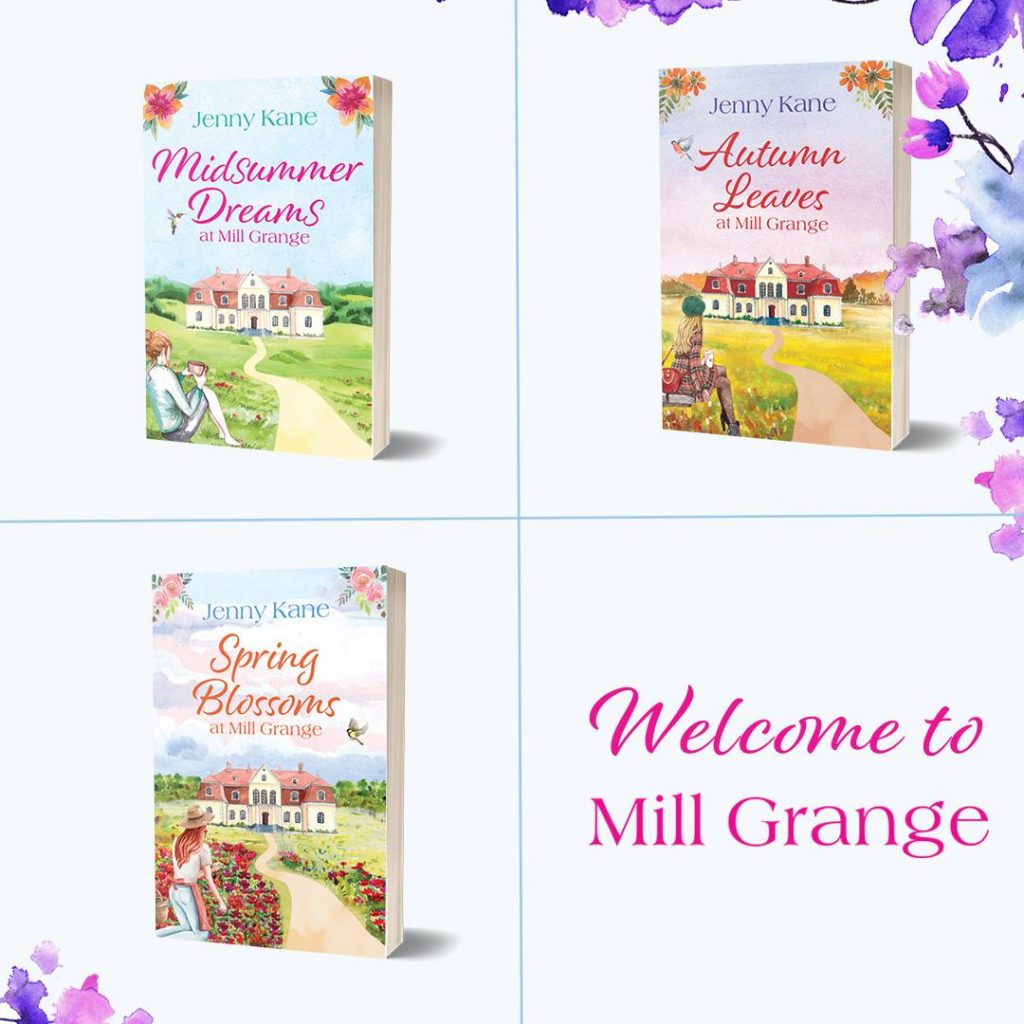 The entire Mill Grange series is available on all ebook platforms, as well as in paperback.

OUT NOW IN PAPERBACK: Spring Blossoms at Mill Grange