It’s that time again! The end of the month means it’s time to hand over to my good friend Nell Peters (aka Anne Pohill Walton), for a romp through November. Get yourself comfy – you’ll want time to sit down and enjoy this.

Only thirty-one days to the end of the year – yikes! Although many of us won’t be too sorry to see the back of 2016, as it’s been a sad and demoralizing year in many ways. 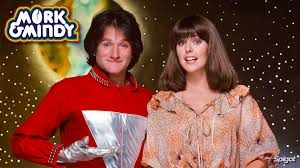 Those who have embraced the challenge of National Novel Writing Month or NaNoWriMo (always makes me think of Mork and Mindy. Did you know that actor Mark Harmon – Jethro Gibbs in NCIS – is married to Pam Dawber, aka Mindy? Now you’ll be able to sleep at night …) have just hours left to clock up their target of 50,000 words. To achieve that total over thirty days, participants need to quit procrastinating on social media and bash out an average 1667 words a day, preferably in some sort of logical order – either as an opening to their novel or the completed work. This may seem a little on the stunted side, but The Hitchhiker’s Guide to the Galaxy, Brave New World, and The Great Gatsby are all novels of approx 50K words. 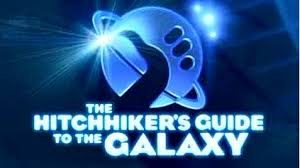 Started in July 1999 by Chris Baty, with twenty-one participants in the San Francisco Bay area, the NaNo project was moved to November the following year to take place during the cooler season, when writers wouldn’t be distracted by the need to swat mosquitoes, prance around in embarrassing beach wear, slather themselves in suntan lotion, go for a dip (leaving oily slicks of suntan gloop in their wake), or eat copious amounts of ice cream to cool off. NaNo has since evolved into a huge annual global experience – let’s all listen out for the collective sigh at 23.59 hours.

November is also the month to grow a sponsored moustache for Movember, raising funds for research into prostate cancer and to generally boost awareness for men’s improved health. I guess it’s predominantly a male thing, but hey – it’s for charity, ladies, so you could always knit a moustache or go all Blue Peter and fashion one out of sticky-backed plastic. #3 son takes part every year, although I suspect it’s so he has a legitimate excuse not to shave for a month (he doesn’t worry about the tache thing, just gradually morphs into his stubbly tramp persona as the days go by.) 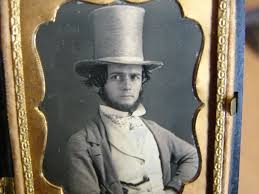 While males with mature follicles cultivate whiskers to fundraise nowadays, in America during the mid-to-late 19th century, they had a very different reason for growing facial adornments during November – which, as we all know only too well, is election month over the pond. As visual confirmation that they were old enough to vote, ‘virgin voters’ or ‘twenty-onesters’ (the age of majority at that time being twenty-one) would grow ‘facial foliage’, to prove they were adults and not mere ‘beardless boys’ – and were therefore entitled to scrawl their X in the box. Apparently the registration of births was an extremely random affair in those days, varying a lot from city to city and state to state – quite handy for identity theft and other things criminal. 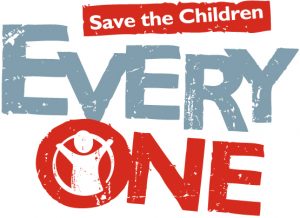 At least the good folk at the Movember Foundation don’t turn a hair (sorry!) about how the money is raised, unlike some. I’ve contributed to two charity anthologies recently – the first a collection of horror/scary short stories (though mine wasn’t really either!) written in aid of Save the Children … except that after everyone was on board and a great deal of blood, sweat and tears had been spilt by the organisers, the charity decided it wasn’t something they wanted to sully their name with by association. They magnanimously agreed to take the money, though, as long as the book was advertised as benefitting ‘an international children’s charity’. Some of the authors – me included – ignored those precious corporate protestations and still flogged it for S t C. How fussy do you think the children who will gain are about the genre of stories in a book sold to get money to provide them with food, shelter, blankets, inoculations etc?

The second anthology features crime and thriller shorts and was originally intended to equally benefit UNICEF and Great Ormond Street Children’s Hospital. Guess what? First one, then the other decided the genre was unsuitable for their image. What? Again, huge amounts of work had gone into getting the project together before they dropped their ‘thanks, but no thanks’ bombshells. This insane scenario was repeated with other charitable bodies (who don’t appear to be that charitable) – who would have thought it would be so hard to give away money, with no strings attached, to worthy causes? I despair. Meanwhile, there was a release date set for 13th December and a launch party in London, all arranged and paid for by the authors, on the 17th. Eventually, a small, localised charity in Hampshire and a national organisation, Hospice UK, decided we weren’t actually too bad after all …

This day in 1874, Winston Churchill was born in Blenheim Palace – I wonder how he’d feel about his illustrious name being taken in vain by an insurance company fronted by an annoying cartoon dog? Winston would have been 142 years old – that’s even older than Rolling Stone Keith Richards! (I was actually quite surprised to learn that Keith is only just coming up to his seventy-third birthday in December, because he seems to have been rocking {sorry again!} the pickled walnut look for some decades. You’d think he could afford a vat of anti-wrinkle cream?) There are many memorable Churchill quotes, but the one that might resonate with struggling authors is, ‘Success is not final, failure is not fatal: it is the courage to continue that counts.’ Or maybe even more so, ‘Success consists of going from failure to failure without loss of enthusiasm.’ OK, if neither of those grab you, how about simply this; ‘Never, never, never give up.’ He possibly didn’t think that one up himself …

Before Winston’s father, Randolph, was even a twinkle in Pater’s eye, Samuel Langhorne Clemens entered this world in 1835. Unfortunately, his own father died prematurely and Samuel was forced to leave education to work in the print industry. Aged seventeen, he moved to St Louis to take a printer’s job, and while there became a river pilot’s apprentice, gaining his licence 1858. Samuel’s pseudonym, Mark Twain, comes from those days as a pilot – it’s a term meaning the water is two fathoms or 12-feet deep when sounded, and so it is safe for a vessel to navigate. I imagine Winston C would have known that, having been – amongst so many other things – First Lord of the Admiralty. 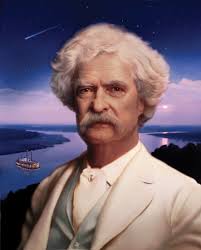 One hundred and thirty-one years after Mark Twain, another writer chose this as his birthday in 1966 – and (silly Billy) missed England winning the FIFA World Cup by a good few weeks! Step forward David Nicholls to answer your starter for ten – name at least four of the footie squad who beat Germany at Wembley. OK, ignore me!  I bet you could name ex-footballer Gary Lineker, though? He also shares your birthday, born in 1960. 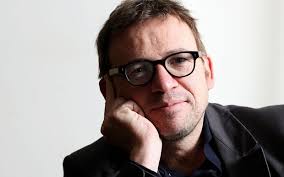 David Nicholls was hatched on the very same day as funny man John Bishop and they are both (as the mathematically-inclined amongst you will have twigged) clocking up their half-century. Happy Big 5-0 birthday, guys! I wonder if either agrees with Twain’s sentiments, ‘Write without pay, until someone offers to pay.’ I’d hazard a wild guess, though, that Bishop got a pretty healthy advance for his autobiography, so didn’t have to worry about that – lucky thing. By the way, only one of the birthday celebrants is on my list of FB ‘friends’ – maybe I’ll give you a clue one day, but for now suffice to say it’s not Winston Churchill.

Strange that not one of the folk mentioned was called after Andrew, patron saint of Scotland – also of Cyprus, Greece, Romania, Russia, Ukraine, Bulgaria, the Ecumenical Patriarchate of Constantinople, San Andres Island (Colombia) and St Andrew (Barbados). My, he and his sporran got around. In 2006, St. Andrew’s Day was designated an official bank holiday by the Scottish Parliament and it’s also been a national holiday in Romania since 2015. Which rather begs the question, what is St George’s Day on April 23rd to the English, chopped liver? 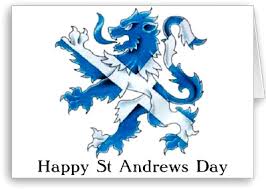 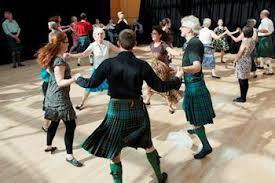 In Scotland, and many countries with tartan connections, 30th November is marked with a celebration of Scottish culture and traditional Scottish food, music and dance – Highland Fling, anyone? It is the start of a season of winter festivals, including Hogmanay and then Burns Night, when you can knock yourself out with haggis, neeps and tatties – or not – and sink a few wee drams. Edinburgh holds a week of celebrations, concentrating on musical entertainment and traditional ceilidh dancing (a ceilidh being a bun fight with couples or sets of six or eight people dancing in circles. Especially after those few wee drams.) In Glasgow city centre, a public shindig with traditional music (bagpipes ahoy!) and a ceilidh is held – is that song Donald Where’s Your Troosers by Andy Stewart a tradition, I wonder? Hopefully not. 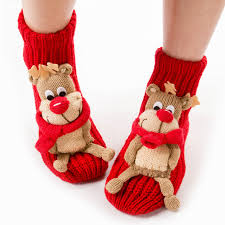 Right – I’ve prattled on for long enough. I opened by saying there are just thirty-one days left to the end of the year, but that glosses over the big C; Christmas. In our house it’s an annual triple whammy, with our anniversary (thirty years? How can that be when I am only twenty-one?) on 23rd, #4 son’s birthday on Christmas Eve and the big day on 25th, with a houseful as usual. Since I won’t be here again before you all sit down to eat, drink and be merry, pretending to be the overjoyed recipient of musical reindeer socks from Great Aunt Aggie (again), I’ll wish you Happy Christmas and resist the temptation to bah-humbug about the whole ridiculous affair, that has got completely out of hand through overt commercialisation. There were Christmas cards in shops before the children went back to school, for goodness sake! And if I never hear Slade again, it will be far too soon. 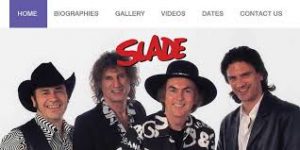 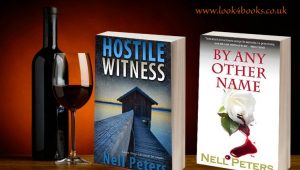 Thanks again! Another brilliant blog-wonderful!!