It’s interview time on my blog today. I’m delighted to welcome Julie Ann Corrigan over for coffee and cake, and to talk about her brand new book, Falling Suns.

I was inspired initially by the overwhelming and horrible thought of something terrible happening to my child and how I would cope, especially if the perpetrator of the crime ended up being someone known to the family. Once I had decided whom the perpetrator would be in my fictional story I then became inspired to explore both mental illness and institutional corruption.

There are some aspects of Rachel that I do recognise in myself, but unsure what that says about me!

When I began writing Falling Suns, and as I began to draw the characters, I think that more than taking the templates from one individual character, I drew characteristics from a number of people I’ve come across in my life. For example, Michael Hemmings is very much a mixture of patients I did come into contact with as a student physiotherapist working within mental health; although I have to add here, I never met one as psychotic as Hemmings, thank goodness!

Mrs Xú is very much like a few Chinese alternative therapists I have met. Stanley resembles a drama teacher who once taught me, but he is also like someone else I once knew .. 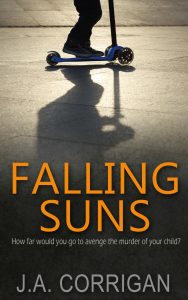 What I’ve learnt is that once you start writing the story whether in a novel or short work, the storyline and tone will often dictate which tense and point-of-view to use.

I plot the beginning, middle and end, and then I fill in the rest! Generally I do go with the flow, but I do have four or five plot points that I use to build my story around. And as I write, often the plot might change, or I will add aspects that weren’t apparent to me when I first began the story. 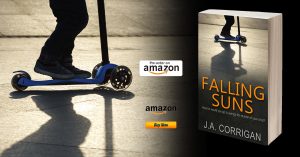 The Dalai Lama. He has such a lovely open face and talks such sense.

Usain Bolt. So I could admire his body all day!

Adele. She comes across as so much fun, so down-to-earth. And I will never tire of listening to her voice and lyrics.

I feel I should have a writer on this list. DM Thomas. The White Hotel is my favourite book of all time and I once spoke with him via email, and I know he would never bore me.

Liam and I found ourselves outside the court building, greeted by a muddy sky that was still visible in the wispy fog of the late afternoon. It had rained continuously for the last forty-eight hours, but as we caught sight of the insatiable media the downpour was the least of our problems.

I pulled my wool beret over courtroom warm ears and looked down towards the slippery wet ground. Our barrister had told us to say nothing, which was physically easy, as I felt I would never speak again. For the past seven weeks the dry atmosphere of the courtroom had robbed me of a proper voice, as Hemmings’ act had robbed me of a proper life. Tom Gillespie caught Liam’s arm, whispering things that I didn’t even try to catch. My existence seemed to be disappearing into a void; the small bit of life that Hemmings had left for me, plucked away during the trial.

I loitered in the entrance of the court building, thinking that I would smell Joe. I did not. A coolness ran through me, a purl of motion in between the crevices of my spine.

Joe wasn’t with me.

As we left, Tom squeezed my arm lightly but didn’t attempt to give me a familiar kiss on the cheek. Liam and I had slowed down his investigation by holding back information about Joe’s state of mind the day he had run, and in so doing we had compromised our relationship with him. In my previous life, I’d been talking to Tom about going back to work. Once upon a time that thought had excited me.

Tom walked quickly to a waiting car. He slipped into the driver’s seat and glanced towards me, nodding slightly. He wanted to get away.

I felt a gentle jab in my back. It was Jonathan. I’d hardly spoken to him throughout the trial. As I turned towards him, so did Liam, his face sullen.

‘You need to get away from here as quickly as possible.’ Jonathan smiled thinly. ‘Can’t take away the nature of the vulture. I should know.’

‘Does she, Liam?’ Jonathan said quietly.

Very obviously Liam elbowed past him, only to move a few inches nearer to the street.

‘We’re just about to leave, Jonathan,’ I said. ‘Are you free to come over? I’ve hardly seen you …’ I didn’t care what Liam thought. Not anymore.

At that moment in my peripheral vision I caught sight of my dad and mother leaving too. Dad saw me and moved his head towards the car park, indicating that he’d accompany Margaret to the car and then return. I couldn’t face her, and the silent accusation that this was all my fault.

Joe’s murder was somehow my fault.

I looked at Jonathan. ‘Come over, please?’ To Liam I said: ‘Can we wait for Dad?’

‘The place is crawling with press.’ Liam said. ‘We need 41

to go.’ He cast his eyes around. ‘Too late.’ Already journalists surrounded us. I recognised a few from the local papers, the nationals, too. Flashes and tussling ensued as our barrister made his way forward. Sean Skerrit, QC for the Crown Prosecution Service was older than he looked, something that I think went against him in court. I’d always felt the jury resented a young prosecution, especially if the jury was mainly young, which this one had been.

Sean directed his speech towards Liam and I felt invisible, useless, but too tired to complain. ‘I intend to give a statement.’ Sean said to Liam. ‘You and Rachel go home. I’ll call later. Better I do this alone.’

‘This means a life sentence?’ I asked Sean, hope in my voice.

He grimaced. ‘A do-good mental health tribunal could well decide to let him out within five years, if he plays the game.’ He caught my eye. ‘But hopefully that won’t be the case.’

‘I hope not, Rachel,’ Sean said, with leaden heaviness in his voice. I’d got the distinct impression that Sean Skerrit QC didn’t like to lose, and had taken Hemmings’ sentence as a direct affront to his professional agility.

Did I think of revenge then? Deep inside I think I did.

Sean ran slender and well-manicured fingers through his mane. Not one grey hair in his boot-polish black hair. He turned slightly to accommodate a photographer, and looking at the lens said to me: ‘We’ll talk later.’

‘I’ll come over, Rachel,’ Jonathan said, ‘just for a short time. I have to be back in London.’ He was already moving away.

‘Good,’ I said to Jonathan’s back.

My dad had made his way over. He wavered and I recognised the vacillation with which I’d grown up. I guessed my mother wanted to talk to me, but I had no intention of going to my childhood home today to argue with her. Not today.

‘Your mum wants to talk to you,’ Dad said. I sighed. ‘I’ll come over tomorrow. I promise, I will.’ ‘She’s asked me to bring her over to yours … now.

She’s waiting in the car.’ He pulled at the sleeve of his jacket.

‘Charlotte’s made food, Alan. Both of you come and eat at ours,’ Liam said to Dad, avoiding looking at me, knowing there was no way I’d want my mother anywhere near me. He was functioning on automatic, something he’d seemed to be doing since Joe had gone. He felt as guilty as me, sometimes I thought more so. We still hadn’t talked about the affair, not properly, not directly. Although Liam was aware I knew something.

‘We’ll drive over now,’ my dad said. He turned to return to his wife.

Liam pushed me gently into our waiting car. A PC whom I recognised sat ready in the driving seat. From the backseat, I saw his forced and sad smile in his rear-view mirror. The pity again.

We drove southwards towards home, passing the local park on the way. It had been built around the time Joe had been born, overlooking the main road, on elevated ground. The council’s thinking: where the kids could be seen.

‘He’s my friend.’ I stared through the window. ‘You can’t have an opinion on this. He’s been good to me.’ 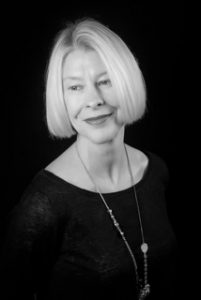 JA Corrigan lives in Berkshire and shares her life with a husband, one teenage daughter and a very cute cockapoo. When not writing she is to be found mooching in the garden during the summer and often in the mini gym at the bottom of that garden in winter-time.

Many thanks Julie- great interview,