It’s interview time at my blog today, and I’m delighted to welcome Marie Evelyn to the chair. Let’s pop the kettle on- but how many cups are we going to need/

The Turtle Run was inspired by something my mother once witnessed in Barbados (described in the book). She came across barefooted, blue-eyed, fair-haired children struggling to carry buckets of water from a standpipe to their chattel house and learned that they were the descendants of the Monmouth rebels, who were exiled from England to Barbados in 1685.

This experience encouraged my mother to study more about the Monmouth rebellion, led by Charles II’s illegitimate son, the Duke of Monmouth. Although the book is contemporary, and has a strong romantic element, the theme is about how people’s lives are influenced by the fate of their ancestors. Certainly the miserable situation of many ‘Redlegs’ (to give them their politically incorrect name) was the legacy of their exiled forebears.

The self-interested Francesca was based on a neighbour and school classmate of mine in Barbados. (Name changed – of course). To be fair, she may have matured into a wonderful woman fighting for human rights since I was on the island, but when I knew her, all the indications were that she would take ‘shallowness’ to new depths. 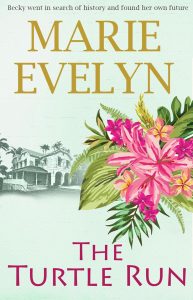 My mother had a long association with Barbados and we lived on the island throughout my childhood. There was also a family connection to the Redlegs. My mother did a little research out there to try and discover more about the original exiled Monmouth Rebels but it was only many years later – after we had moved to the UK and my parents had retired to Dorset – that she was really able to research the beginning of the story, which has so many local connections with south-west England.

The Somerset Heritage Centre (http://www1.somerset.gov.uk/archives/) was a useful source of information and this short event in British history has inspired some really interesting books. But for a ‘Monmouth fix’, I would leave the non-fiction books and turn to Lorna Doone.

The book has a strong theme of trying to understand the present through understanding the past. Although I am more interested in the challenge of writing a story where there is a connection between a contemporary character’s situation and the situation of his/her ancestors from hundreds of years before, just having characters uncover a secret about their own immediate family can be really engaging.

Enid Blyton would be one as I have a rather complicated relationship with her. Of course, several of her books were on the theme of children living on islands, though as practical guides to island-survival they would be pretty hopeless as the children never seemed to have much problem finding food, and never had go to the loo. I should be very grateful to her for firing my young imagination, but the problem was that I assumed her stories had some basis in reality. As my image of what England would be like was entirely informed by her books, I experienced no small disappointment when we did finally move here, and as for my subsequent experience of boarding school – let’s just say that I felt very misled. I would probably end up chasing her around the island pelting coconuts at her.

I would also choose Louisa Dixie Durrell – who must have been a real character but was reduced to ‘Mother’ in Gerald Durrell’s books and who seemed to have a very placatory role during her children’s squabbles.  I imagine she would act as peacekeeper on the island, and would try to persuade Blyton that I wasn’t throwing coconuts deliberately. Finally, I would have Baroness Elsa Schraeder (Captain Von Trapp’s fiancée in the Sound Of Music) to add a touch of style and class. She could enjoy the child-free island and use the time to reflect on her extreme good luck at losing Von Trapp and his warbling children to an ex-nun with a guitar.

I guess our survival would depend upon Enid Blyton’s expert naturalist knowledge, and I would have to hope that she’d forgotten the whole coconut-pelting episode. 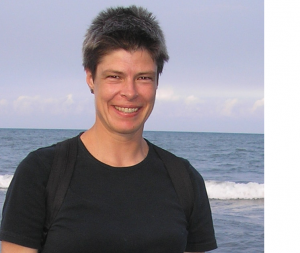 Marie Evelyn are a mother and daughter team originally from the Caribbean but now based in the UK.

Mother Margot (Margot Gameson née Evelyn) has been published previously as Mary Evelyn and daughter Marie Gameson was longlisted for The Bridport First Novel Prize in 2015. The Turtle Run is their first novel together and is based on their firsthand experiences of growing up in Barbados, showing a side of the island probably unknown to most visitors.

A former journalist, Margot in particular has seen the island go through a lot of changes, especially in the lead up to independence – Barbados celebrates its 50th anniversary as an independent nation this year. However The Turtle Run shows there are still resonances of its lesser known history on the island today.

The family moved to the UK in the 1970s and eventually settled in an area where many of the Monmouth rebels originally came from. Margot is now retired and Marie works in IT.

Wonderful interview, many thanks Marie,