Thursday is upon us once more, which means it’s ‘Opening Lines’ blog time. This week I’m delighted to welcome Jennifer Wilson to my site to share the first 500 words of her novel, Kindred Spirits.

In the Kindred Spirits series, we meet the ghosts of historical characters, in a range of contemporary settings. Have you ever wondered what Richard III and Anne Boleyn might have in common, what Mary, Queen of Scots is getting up to now, or what happens when the visitors leave some of the most popular attractions in the country? Well, here’s your chance… 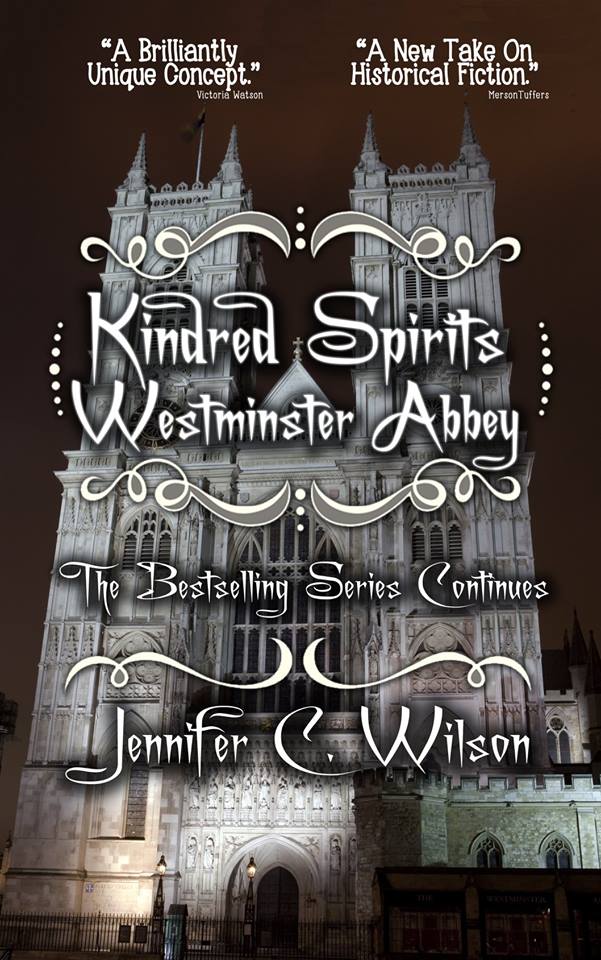 Queen Elizabeth I of England was sulking. And not quietly, as the rest of the Abbey’s residents would have preferred. Despite her advancing years, she could still flounce in style, and was keen to ensure everyone knew what was annoying her this time.

“It’s so boring here!” she exclaimed, dropping gracelessly into one of the choir stalls. “Nothing ever happens.”

“She’s been to the Tower again,” whispered Catherine Knollys to her brother, but not quite quietly enough, as the queen’s friends and cousins wandered over to see what specifically had been troubling her this time.

“Yes, yes, I have. At least things happen there.”

“Our Uncle George still as entertaining as ever then?” Henry Carey tried to divert his cousin’s attention, but only made it worse.

“Naturally. He was haunting the barrel of Malmsey with Clarence, and it was hilarious, as usual. Scaring people out of their skins. That’s what we ghosts should be doing, not just loitering about discussing experiments.” She glared at where Charles Darwin and Robert Stephenson were once again in deep conversation, sitting out of the way of the early tourists starting to make their way through the great church. Without a word, Darwin glared at her, then shifted in his seat turning his back against her, much to Elizabeth’s disgust.

“We do plenty of haunting, Cousin. It’s just that, well, you know the Abbey’s never really lent itself to that.”

“No, Catherine – everyone has simply become too old and too dull over the centuries. And too weak to stand up to my wretched great-grandmother. It’s all her fault.”

Catherine and Henry shot nervous glances at each other. When Elizabeth was in one of these moods, little could be done to stop her. Even her beloved Dudley had retreated back to Warwick after witnessing one of her angrier days. Before either could speak again, their cousin had moved on, stomping through the Abbey until she found the memorial to William Pulteney, the Earl of Bath.

As though knowing what was expected, the book in the centre of the statue flicked pages in silence. It wasn’t good enough.

“See? See that? A page of a statue’s book turning. Over three thousand of us in here, seventeen monarchs, no less, as the guidebooks tell us, and that’s the best we can come up with?” Queen Elizabeth spun on her heel, turning back to the siblings. “At the Tower they have my mother removing her severed head, with my step-mother and my aunt alongside her. They have a young, robust King, leading the way forward. They have wailings and chain-rattlings and, well, everything. We have a statue, turning its page.”

By now, a crowd had grown around the Queen, noting, not for the first time, how similar she was to her great-grandmother when her temper really took hold. Fiery Tudor blood indeed.

“We’ve talked about this, Elizabeth.” The chattering and ranting was broken by the only voice which ever had any control over the wayward Queen.

With over three thousand burials and memorials, including seventeen monarchs, life for the ghostly community of Westminster Abbey was never going to be a quiet one. Add in some fiery Tudor tempers, and several centuries-old feuds, and things can only go one way: chaotic.

Against the backdrop of England’s most important church, though, it isn’t all tempers and tantrums. Poets’ Corner hosts poetry battles and writing workshops, and close friendships form across the ages.

With the arrival of Mary Queen of Scots, however, battle ensues. Will Queens Mary I and Elizabeth I ever find their common ground, and lasting peace?

The bestselling Kindred Spirits series continues within the ancient walls of Westminster Abbey. 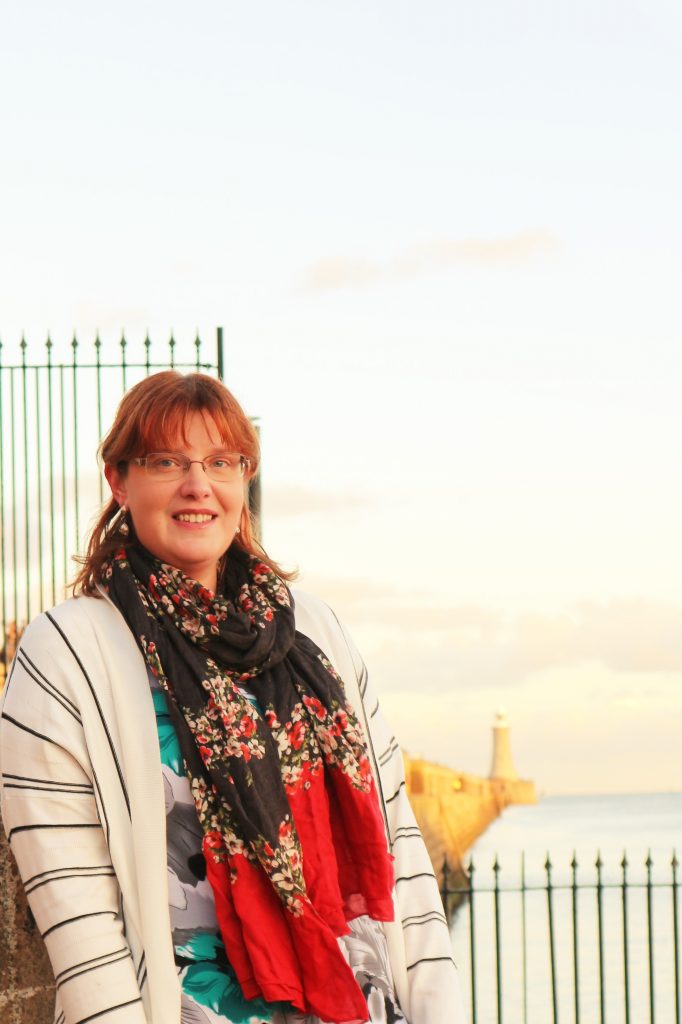 Jennifer is a marine biologist by training, who developed an equal passion for history whilst stalking Mary, Queen of Scots of childhood holidays (she since moved on to Richard III). She completed her BSc and MSc at the University of Hull, and has worked as a marine environmental consultant since graduating.

Enrolling on an adult education workshop on her return to the north-east reignited Jennifer’s pastime of creative writing, and she has been filling notebooks ever since. In 2014, Jennifer won the Story Tyne short story competition, and also continues to work on developing her poetic voice, reading at a number of events, and with several pieces available online. Her Kindred Spirits novels are published by Crooked Cat Books and available via Amazon, along with her self-published timeslip novella, The Last Plantagenet? She can be found online at her blog, and on Facebook, Twitter and Instagram.

Come back next week to explore the first 500 words from a novel by Simon Farrant.