I’m delighted to be welcoming Morwenna Blackwood back to my blog today, with the first 500 words from her brand new novel, Underrated.

Underrated is the third novel in the Glasshouse series. The novels stand alone as stories, but they are interconnected. In Underrated, we get Will’s version of events and find out why you should never underestimate a friend…

I stand as close as I can to the Liver Building without looking proper weird and tip my head back. My eyes can’t focus properly, but I can make out a turquoise shape right at the top, soI mouth ’iya to Bella. I’m a bit soft on the Liver Birds. They’re 300-odd feet up in the air, so they should be able to see everything, but they’re chained down…

A story of the far-reaching effects of unrequited love and drug (ab)use, Underrated follows five lads who are just trying to make things better for themselves. In Liverpool and on the south Devon coast, their lives entangle as they turn to cocaine. 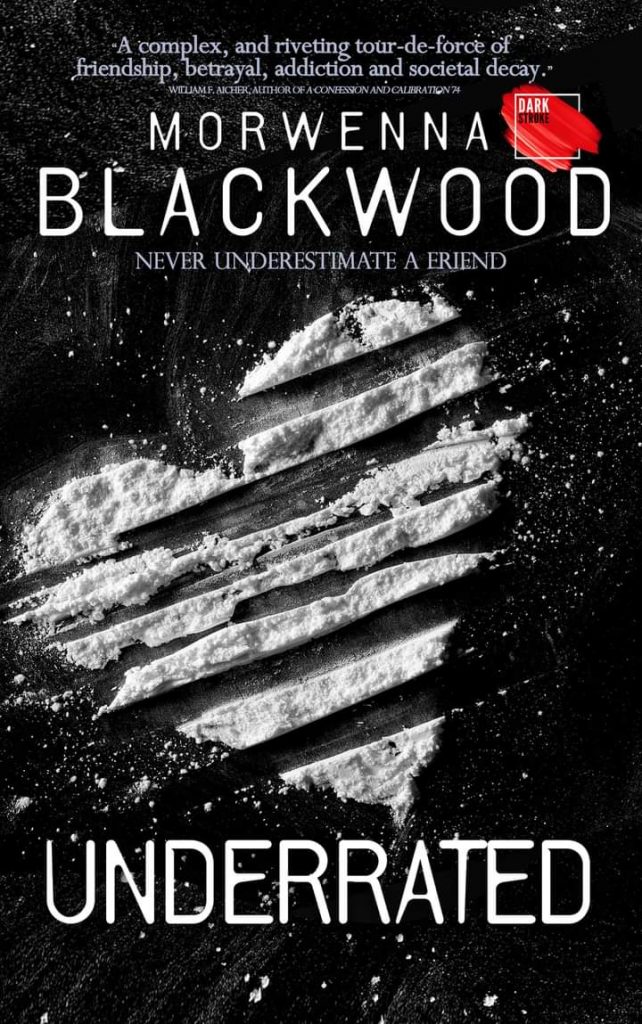 The silence with Mum and Dad in the front room is deafening and all-encompassing. Dad’s pretending to read the Sunday paper, and Mum’s pretending to read the magazine that came with it. I’m scanning the free paper for cheap, second-hand cars, but the pressure in the room renders me incapable of it, so instead I stare out of the patio doors at a load of crows that are hopping about on the lawn. There’s that phrase – you could have cut the tension with a knife. In all honesty, I wish one of them would cut the other with a knife – or me, or, better still, darling Dominic – because then it would be over with. The atmosphere in here is so tense that it’s given me a blinding headache. I stand, deciding to retreat up to my cave, and the sudden movement makes the crows take flight. I wish I could just fly away. Why the fuck do we all go on with this charade?! I can feel myself going mental; at some point I’ll crack and then I’ll take things into my own hands and force a change. Because this is absurd. It’s pathetic. It’s fucking killing me!

My bedroom – I think of it as my cave – is small; a dark box with a north-facing window. Even though I’m the oldest, I got last pick – or rather no pick – of the bedrooms, but mine does have a built-in wardrobe, so that, apparently, makes everything all right. Anyway, this room is all I’ve got, so it’s my refuge.

Though I want to slam it, I close my door quietly. It doesn’t matter how loud I am – no one notices me, so I don’t bother any more. I stare out of my bedroom window onto what is probably the most uninspiring view known to man: the length of our parquet-paved cul-de-sac, with its widely spaced four-bedroom houses and their uniform lawns that run flat from the house to the kerb. All the front gardens sport the designer slash that the housing developers refer to as ‘landscaping’, which is basically a strip of clay soil planted with hardy shrubs and a rowan sapling that wears a wire mesh dress. Outside every door are the generic pansies and lobelia in pots, in varying states of health. And then there’s the big, posh house – the former show home – at the open end of the cul-de-sac, blocking out the rolling hills and anything else that might be behind it, except the main road that connects our estate to everything and everywhere else in this shitty little town, which is basically nothing and nowhere.

I can hear my younger sister, Sally, in the kitchen; her overbright voice chirping on about biscuits and essays, while she makes another fucking cup of tea. I want to scream at her to stop it! I grab the nearest sheet of plain A3 to me – I draw a lot, there’s stuff everywhere – and shove it up against the window… 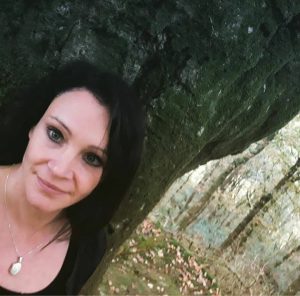 When she was six years old, Morwenna wrote an endless story about a frog, and hasn’t stopped writing since.

She is the author of bestselling noir psychological thrillers, The (D)Evolution of Us and Glasshouse, has an MA in Creative Writing, and can usually be found down by the sea. Her third novel, Underrated, was published by #darkstroke 14/02/22.

Focus On: Another Glass of Champagne