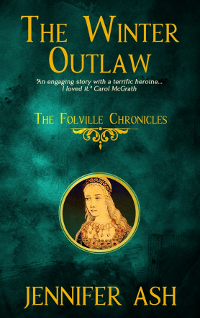 Book Two of The Folville Chronicles

1329: It is the dead of winter. The notorious Folville brothers are on edge. There are rumours of an unknown outlaw terrorising the Leicestershire countryside—a man who has designs on the Folville family’s criminal connections.

The Winter Outlaw can be read as a standalone novel or as the sequel to The Outlaw’s Ransom.

“Drew me right in and I couldn’t put it down. I was surprised how much bigger this book was compared to the previous one, big bonus. A captivating story that kept me on my toes until the very end.” Amazon

“So good. I await the third book.” Amazon