Opening Lines time is upon us.

Lucy is sharing the first 500 words of debut dark crime/thriller, Do No Harm…

Till death do us part… After leaving her marriage to jealous, possessive oncologist Maxwell, Lily and her six-year-old son have a second chance at happiness with headteacher Sebastian. Kind but vulnerable, Sebastian is the polar opposite of Maxwell, and the perfect match for Lily. After a whirlwind romance, they marry, and that’s when things start to go wrong… Maxwell returns to the scene, determined to win back his family, and events soon spiral out of control. Lily and Sebastian find themselves not only fighting for their relationship, but also their lives… Chilling, dark and terrifying, Do No Harm is a taut psychological thriller and a study of obsession, from one of the most exciting new voices in crime fiction. ‘Well written, engrossing and brilliantly unique’ – Heat. ‘Prepare to be surprised’ – Closer. ‘A claustrophobic and complex read’ – Culture Fly. ‘Sharp, confident writing’ – Peter James. ‘Original, daring and emotionally truthful’ – Paul Burston. 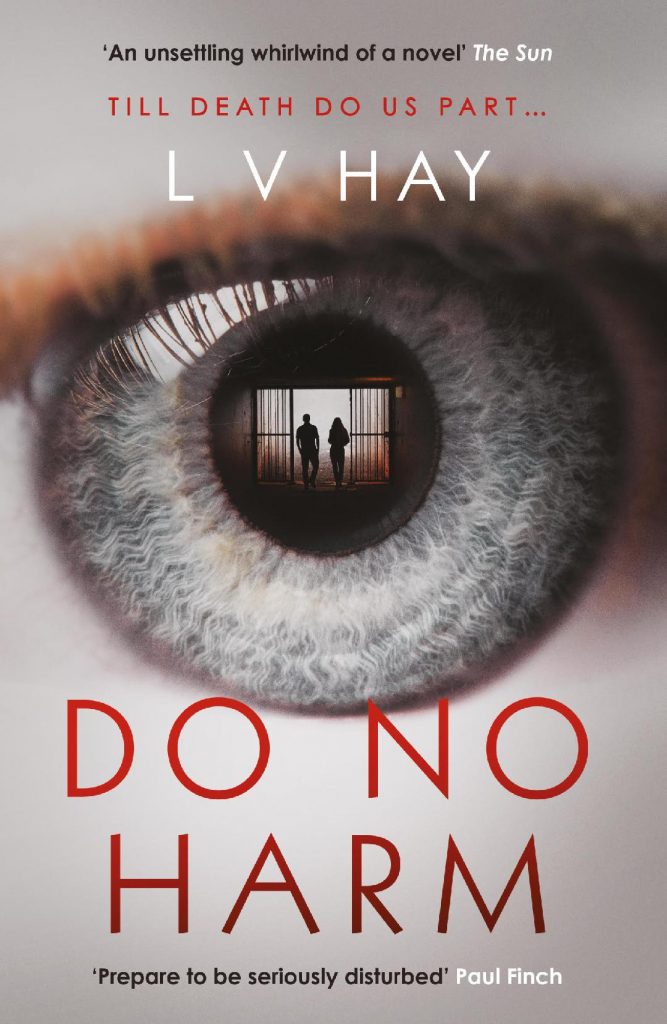 I regard the hotel in the wing mirror of my car. I see my own reflection  – my nostrils flaring as I take in the venue. If you’d listened to me, you could have had so much more than this. Modern build on an industrial estate? Ugh.

Behind me I can see the gawdy, fluorescent signs for a chain cinema, a bowling alley, various fast-food restaurants, one of which offers an ‘all you can eat’ buffet bonanza. It’s what the Staceys and Chads like to call an ‘entertainment park’, though I cannot for one second imagine what’s so entertaining about these places. Give me a low-key, low-lit restaurant

Oh no, this is no good. If it had been up to me, I would have found you somewhere far more flash to celebrate your nuptials. But that ship has sailed. For now.

A group of people appear behind my car. I watch their reflections. They’re in frocks and suits – two couples, the women tottering on high heels, holding on to their men’s elbows. They must be going to your wedding. Then behind them, a tired-looking family: the man is in a shirt and tie, an incongruous pink cloth over one shoulder. He carries a sleeping baby girl in a flowery dress with an overly large bow on the back. The woman wears a trouser suit, the jacket just a smidge too small across her bust. Two little boys in bow ties run ahead of her; she holds her arms out to them as if she’s shepherding geese.

A woman in a purple beautician’s tabard stops next to the wedding party. She smiles and laughs, beckoning them with her. She’s diminutive and young-looking, orange panstick caked on her pale skin. There will be a subterranean salon somewhere in the hotel’s depths. The smell of stale sweat will be masked by scented candles, vanilla or patchouli, but the tang

of human musk will persist. You can scrub the masseuse tables, the floors, the jacuzzi; you can launder the towels, spray liberal amounts of deodorant and air freshener, strip away our clothes, our pretensions. But it’s always there. Flesh – animal, predatory. Demanding domination, submission.

It’s what we all are, underneath it all.

I look at my watch. In just one and a half hours you will be married. I suppose I ought to have prepared myself for this day. I felt sure you would wander – as you claimed you needed to – then return, certain you could do no better. I guess I never thought you would leave me so finally, splashing about in your wake.

Lucy V Hay is an author of fiction and non-fiction. Publishing as LV Hay, Lucy’s debut crime novel, The Other Twin, is out now and is to be adapted by Agatha Raisin producers Free@Last TV. Her second crime novel, Do No Harm, was a finalist in the Dead Good Books Readers’ Awards 2019. Her next title is Never Have I Ever for Hodder Books, out this December.

Many thanks Lucy. Cracking opening lines, from a very clever story.

Today I’m joined by my friend and Devon Writers business partner, Lucy V Hay – this is advice you can’t afford to ignore.

Over to you Lucy…

1)They know what they like. I’m a big ‘grip lit’ fan – in other words, I’m most interested in female protagonists who are probably NOT police (or other related authoritative figures). I like mysteries, thrillers, unreliable narrators and characters who are not your ‘usual’, meaning I like diverse casts and I don’t feel have to necessarily ‘like’ characters to relate to their journeys. Plot-wise, I like strong concepts and prefer a fast pace with unexpected twists and turns. I favour psychological torment over actual graphic violence generally speaking. In terms of writing style, I like prose that’s lean, visual and sharp, almost literary.

That’s not to say I never read male protagonists, police procedurals or novels with torture and splatter in. I even read romance from time to time! But I favour ‘grip lit’ because ultimately I want to be entertained. Obvious, really! 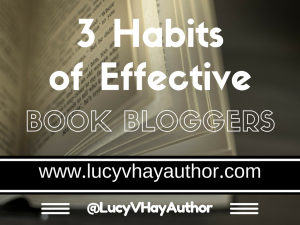 BOOK REVIEWER TOP TIP: Know who you are, what you like and let people know – then you’re more likely to be approached by publishers, small presses and individual authors who have ARCs you would love to read.

2) They know their opinion is one of many. I don’t see the point in ‘hate reading’, so I always stop reading if I am not enjoying a book.  My time is limited as a busy working Mum of three, why would I waste it on something I am not enjoying? What’s more, I never review books I haven’t finished. But most importantly, I recognise that just because I don’t like a book, doesn’t mean someone else won’t LOVE it! As book reviewers, we have to realise our opinion is just one of many.

BOOK REVIEWER TOP TIP: If you’re not enjoying a book, why not pass the baton on to another reader? You could always say to the ARC giver, ‘this wasn’t for me, but I think X would love it’.

3) They have a strategy. I keep a record of the books I’m reading and have read via my Goodreads page, plus I share my top crimefiction picks based around a theme on my ‘Best of 3’ feature on my blog. I also try and post to my blog at least twice a week, plus five or six times in Facebook groups and Twitter chats about reading and writing. In other words, in any given week, my fellow readers should hear approximately ten times from me.

But it’s NOT all about me and what *I* like: I also invite fellow crime fiction fans to submit THEIR ‘Best of 3’ picks to my blog, plus I also invite authors and screenwriters to take part in an interview feature called Criminally Good. Once a month, I’ll do an author chat on my FB page, CRIME, INK too

BOOK REVIEWER TOP TIP: Decide in advance how you will build up your platform. And try and stick to the 80/20 rule – if you’re talking about yourself and your site 20% of the time, make sure you’re taking about others (and their books or picks!) 80% of the time!

Good luck out there! 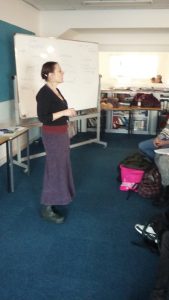 BIO: @LucyVHayAuthor is currently writing her first psychological thriller novel. She is also a script editor for movies and has written the nonfiction book, Writing & Selling Thriller Screenplays (Kamera Books). Join The Criminally Good Book Club to sign up for news, offers and giveaways. 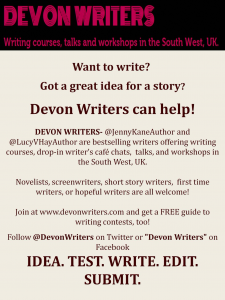