It was with a sense of excitement, tinged with sadness that, a couple of months ago, I celebrated the launch of Another Glass of Champagne. Obviously I was excited because the publication of any novel is a very special moment. To see the words you’ve woven together, that you’ve sweated over, sworn at, caressed, and loved, take their final form is a thrill that never fades. In a world where it is increasingly difficult to find a publisher that will risk its expenditure on printing your book, rather than leaving it as eBook only, the sense of joy is even greater.

And the touch of sadness? Well, that is because Another Glass of Champagne is the final instalment in the Pickwicks Coffee House adventures, and I’m going to miss Amy, Kit, Jack, Megan, Peggy and the crew. They have lived with me, in my head for five years now, and – at the risk of sounding a little unhinged- they have become my friends. (Obviously I don’t actually talk to them- really…OK, I do, but only a little bit.) 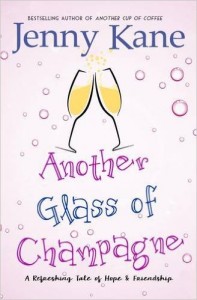 Author Kit has problems of her own: just when her career has started to take off, she finds herself unable to write and there is a deadline looming, plus two headstrong kids to see through their difficult teenage years…will she be able to cope?

A follow-up to the runaway success Another Cup of Coffee.

My affection for Amy, Kit and Jack comes, not just from the fact I have lived with their unique voices in my head for so long, but because each of them is based on a real person. When I wrote Another Cup of Coffee, it was with a sense of trepidation. If those whose essence I’d used to create the three lead characters in the book hadn’t liked the story, I would never have sent it to a publisher to be considered for publication in the first place.

Luckily for me, they were- and still are- incredibly supportive of me and my words. I am blessed to have friends who are willing to have their lives expanded into fiction on the page. In fact, it has been immense fun chatting with the ‘real’ Jack and seeing which direction he’d like his ‘on page’ persona to travel.

Ever since Another Glass of Champagne came out I’ve been privileged to be the recipient of many requests for more future episodes in the coffee shop saga.

Just one more story to see what happens next…. I can’t tell you how flattering that is- and I’m touched and very grateful that my readers care enough to want to know what happens after Another Glass of Champagne ended.

I can’t pretend I haven’t thought about it. It would be so easy to write another Pickwicks tale about the characters I love. To take Jack, Amy and Kit on “just one more” turn around the coffee shop block. It would also however, be the height of laziness on my part- and very probably a mistake.

We’ve all watched television shows that have done one series too many, and read book series that should never have tried to squeeze out one more novel. I don’t want that to happen to my Another Cup of…series.

I’d hate to hear anyone say, ‘those first Jenny Kane coffee shop books were good- but that last one wasn’t up to it really was it…’– I’d be mortified!

The little voice at the back of my head told me to call it quits after Champagne, and so I’ve done just that.

Will I live to regret the decision? Possibly. I’ve loved writing these books very much indeed.

Would I change my mind if a nice film or television producer came along with some screen ideas? Of course I would! Sometimes it’s fine to be a hypocrite!!

In the meantime, I shall continue to enjoy sharing the story of Amy, Kit and Jack’s interconnecting lives with you for as long as you’ll put up with me doing so- while also getting down to writing something new. 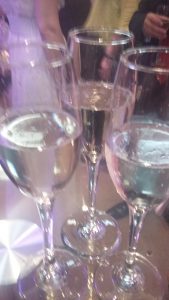 Sticking her head out of the bedroom window, Amy took a huge lungful of fresh air. Even though her morning sickness had passed with merciful speed, the aroma of the paint she and Paul were decorating their spare room with was making her decidedly queasy.

‘I thought this was supposed to be odourless paint?’

‘It is.’ Paul smiled at his wife as he put down the yellow paint-covered roller. ‘Why don’t you take a break? There’s not much left to do now.’

Amy leaned against the windowsill. ‘I’m fine – and anyway, it’s my own fault. I should never have got on my hands and knees to paint the skirting board. Thank you for not saying “I told you so,” by the way.’

Sinking onto the chair Paul had placed in the middle of the decorating chaos, Amy rubbed a palm over her bump in wonder. It seemed to be getting bigger by the hour, never mind by the day.

‘Have Phil and Rob managed to make any contact with Jack yet?’

‘Not a word.’ Paul scraped the remains of the paint from the roller tray onto his brush and dabbed at a patchy place on the wall. ‘Rob hasn’t had any replies to his texts and emails. He reckons Jack is probably somewhere really remote with no Wi-Fi.’

‘Hmmm. Well, I hope he resurfaces soon, or I’ll have had this baby before he even knows I’m expecting one.’

Paul stretched his arms above his head to loosen the muscles cramped from painting. ‘He’ll turn up sooner or later. Jack always does…’

If you’d like to discover how what Jack is up to, then you can find Another Glass of Champagne in all good bookshops and via online retailers (in paperback and e-format). 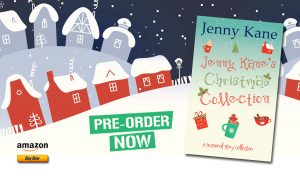 The workers and customers of the Pickwicks Coffee Shop in Richmond, are once again grabbing life by the throat, and banding together- or not- to tackle what fate had thrown in their way. 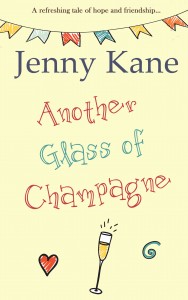 I’m 50k into my latest novel, Another Glass of Champagne, and everyone involved is literally in mid-saga. Of course, I am not about to give you even the slightest spoiler- but I think I won’t be ruining anything by telling you that at this point in the proceedings, Amy, Kit Jack, Peggy and Scott are all running true to form- especially Jack!

When I finished writing Another Cup of Coffee I was surprised that it was Jack, more than any of the other characters, that my readers wanted me to write more about. I’ve had numerous requests in the past, concerning other novels, for sequel stories about various female characters- wanting me to give them their own happy ever afters- but I had never had any requests for that for a male character- until Jack.

In Another Glass of Champagne, I’ve given Jack a little more time in the limelight… but I’m not telling you why or how… and at this moment in time, I have no idea if he’ll get his happy ending or not! I only ever plan the first half of a novel- after that, I like the characters to lead the way. I like to be as surprised by what happens as any of my potential readership.

With only the last half of the draft to go, I find the words are coming faster, the sentences are flowing, and the clock is ticking…I need to have the draft complete by the beginning of April if I’m to remain on target.

So, if you’ll excuse me, it’s time to put the coffee machine on and hit the next chapter…