This week I had the privilege of returning to the Imagine writing retreat at Northmoor House on Exmoor.

As retreat co-runner and writing trouble shooter, with my Imagine business partner, Alison Knight, I enjoyed the stunning countryside that surrounds Northmoor – an unspoilt Victorian manor house. It was wonderful to be in such a peaceful place with the excellent company of a number of fellow writers- many of whom are Imagine students. 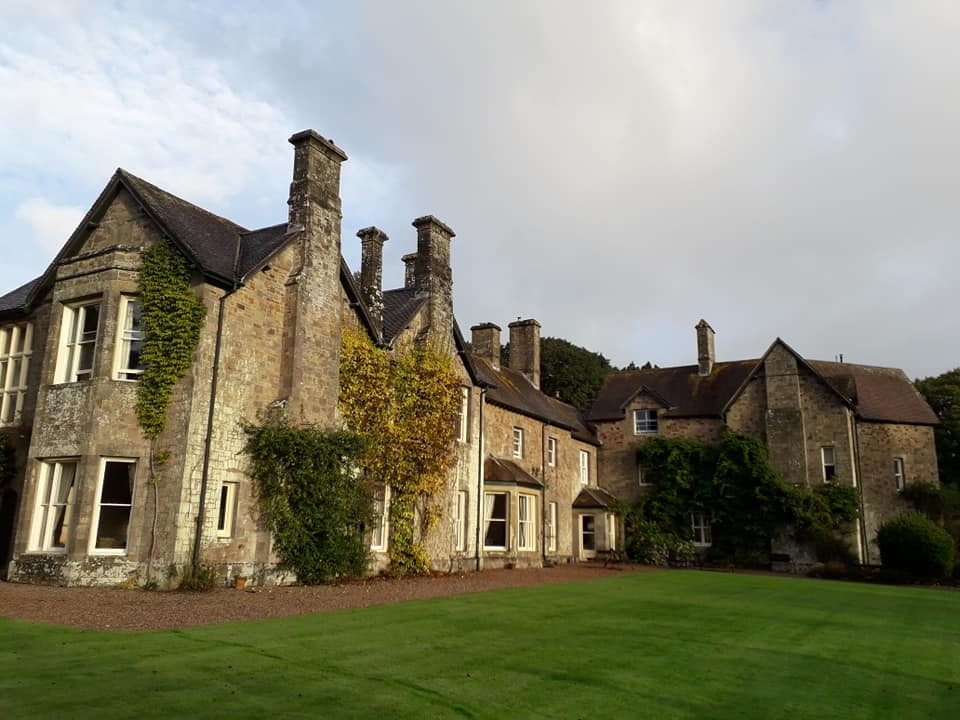 On Tuesday evening we were joined by our guest speaker – novelist and all round lovely person, Kate Lord Brown. Kate gave a fabulous talk and workshop on the theme of inspirations. She also got us to think about our inner critics- including asking us to write down what they looked like.

I’ve never known a writer who was without an inner critic sitting on their shoulder. Most authors I’ve met have at least some level of imposter syndrome. But I had never considered turning these ‘critics’ into beings that we could- once personified- vanquish to the far corners of our minds.

As my fellow writers began to jot down descriptions of their critics, I was hit by two sensations. The first was that I don’t have an inner critic- I have an outer one- Me- and I never stop giving myself a hard time. The second realisation was that it isn’t so much criticism, as guilt. 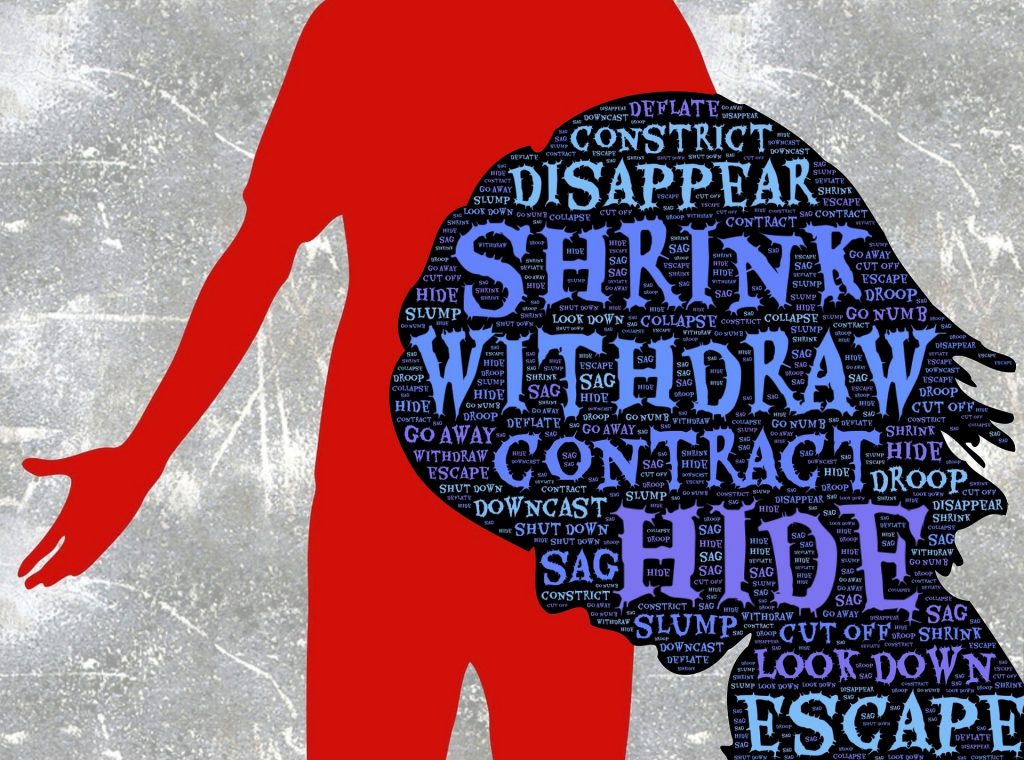 I have an inner Guilt Monster. (Deserving of the capital letters.)

You ought to be doing the job I trained for and earn a proper wage (I was never confident as a lecturer- I always assumed I knew nothing- yes, even historian me had an inner critic…)

Even working as a trolley collector in the local supermarket would more than treble your hourly rate (I love my job, and I’m not into “owning stuff.”) 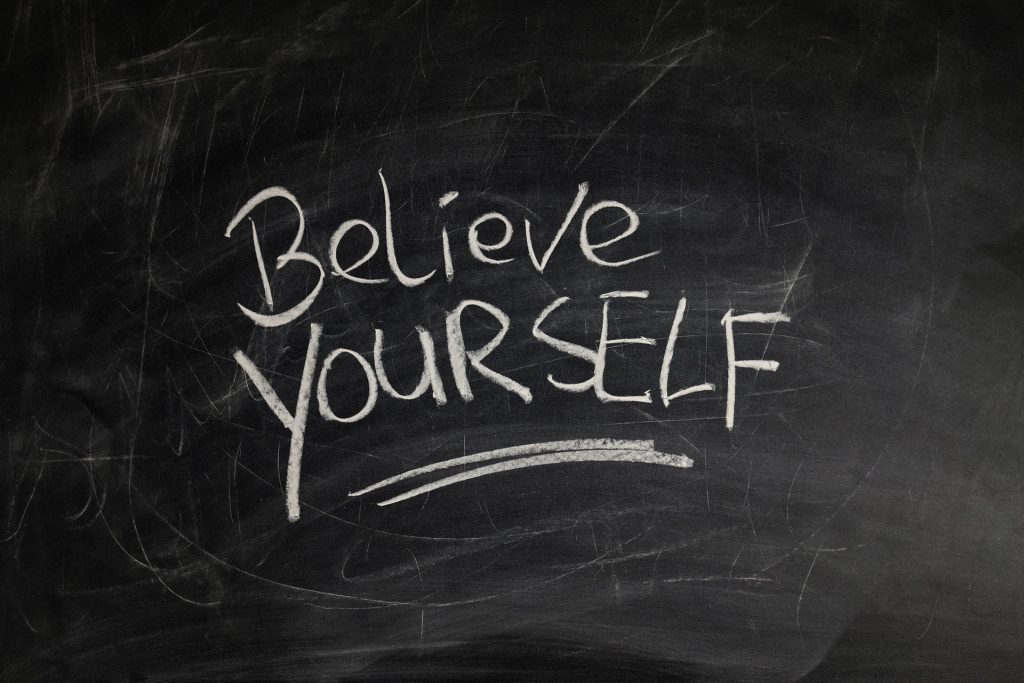 I’m not sharing this with you to play for sympathy (I hate the poor-bugger-me syndrome that can go with this stuff), but to say how thankful I am to Kate Lord Brown for making me stop and think about this, frankly, ridiculous self-imposed, situation.

I think it would be unrealistic to ask myself to lose the insecurity factor. I honestly think I need it – I need to get nervous before a gig or anxious before a workshop – it drives me on- stops me being complacent, and so keeps me primed to always work my hardest to deliver the best I can for the people who rely on me- and to write the best books I can.

The Guilt Monster however, has to go.

He’s sort of green and has shaggy hair all over. He’s wearing a silly red and blue hat…I don’t know why. And he looks cross…and disappointed.

If you’ll excuse me, I’m going to go out for a walk- with luck he’ll fall off my shoulder as I go. If he doesn’t look like he wants to let go, then I think I might give him a push 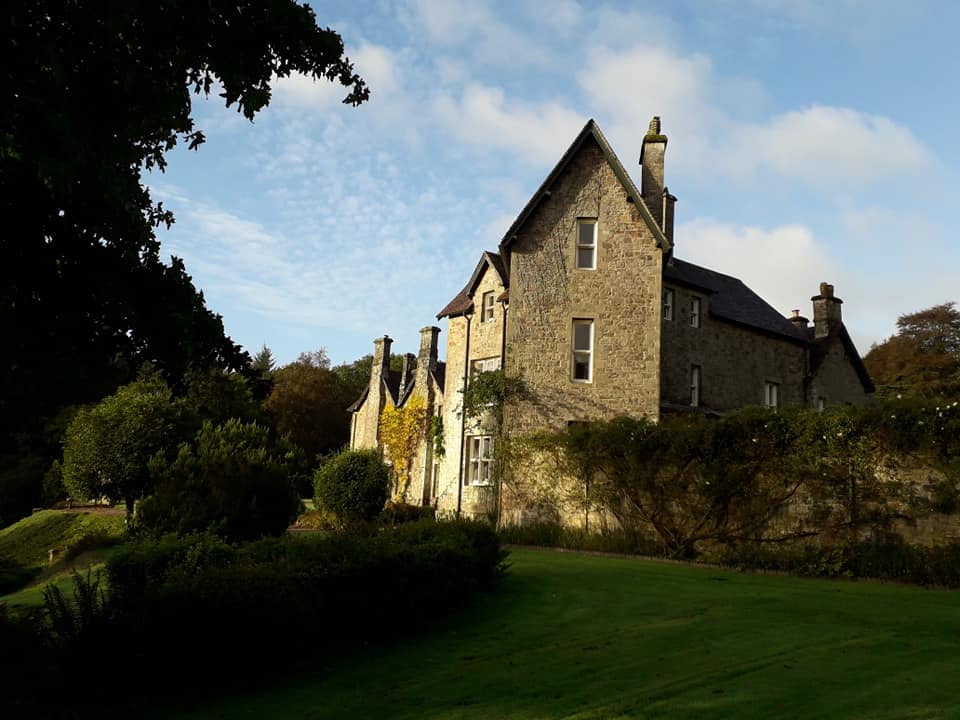 Last week, in the beautiful autumn sunshine, the first Imagine writing retreat to took place at Northmoor House, Exmoor – and what a week it was! 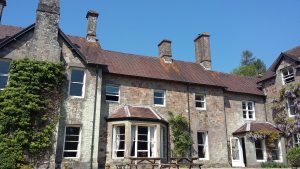 Most of all, it was fantastic to be with so many talented folk in such incredible surroundings.

Our days were split into mealtimes (delicious food was provided by the brilliant Eve- caterer extraordinaire), optional one-to-one tutor sessions with myself or my Imagine partner in crime, Alison Knight, and free time to write.

The most important thing Alison and I wanted to provide at Northmoor, was the freedom to do as much, or as little as each guest wanted. Space to simply be.

Here are just a few photographs of the house, our guests, and a glimpse of the extensive grounds. (With thanks to our guests for sharing these pictures). 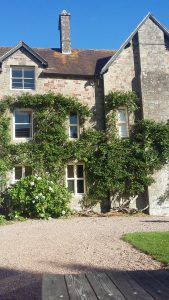 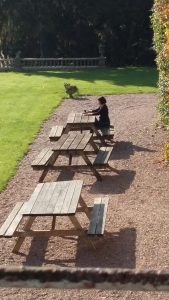 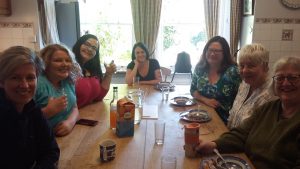 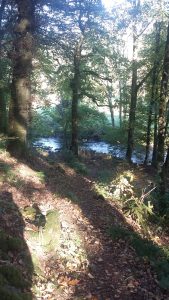 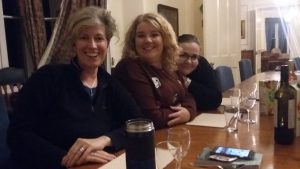 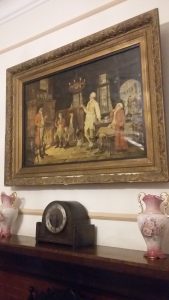 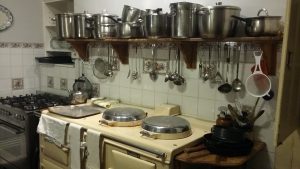 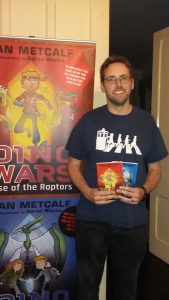 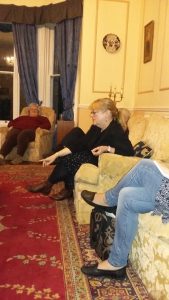 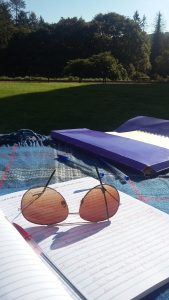 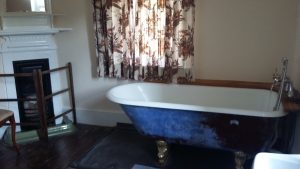 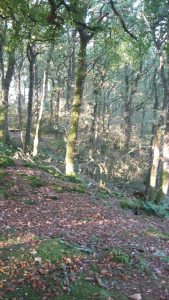 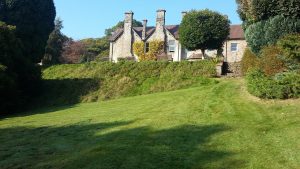 If you’re sorry you missed out, then keep an eye on the Imagine website. The 2019 retreat date will be posted in the next few weeks.

Thanks to everyone who came along.