Today I have another wonderful guest blog for you. Please welcome the brilliant Gilli Allan…

At primary school, when asked “What do you want to be when you grow up,” I know I amused my teacher by responding “A commercial artist”. I was only 6 and she was probably expecting “ballet dancer” or “princess”. My father was a commercial artist, and from my earliest childhood I was encouraged to draw, and told I was good at art. So, to me, my answer to Miss Lawrence’s question was entirely unremarkable.

In those days, in the advertising industry, it was common to design your own Christmas card. As art director of an Ad Agency, and with his honour to maintain, my father felt he needed to step up to the plate in this regard. But his was a very high pressure and stressful job, and the extra work the production of the family Christmas card entailed was an annual nightmare. Aged 16, and just enrolled at art school, I offered to unburden him. I have done it ever since.

It wasn’t just the extra work, it was dreaming up the idea every year, which gave my dad the headache. “Six jolly Christmas carols to greet you” is the message on the front. Inside – in this cropped version of the complete card – I am Alice (aged around 7 or 8).

Early in the New Year my sister asked me if I’d based the Father Christmas in my 2014 card on our late father who, in his mature years, sported a white beard. I know what she means. There is a resemblance. But, no, I hadn’t based my Father Christmas on anyone. I don’t have a fully formed image in my mind when I start drawing. I may have a general idea – the joke I am planning to illustrate – but the execution of the design is organic. I put pencil to paper and just start. The result sometimes surprises me as much as it surprises other people. 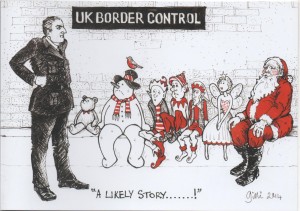 My 2014 card, with a Father Christmas who, entirely accidentally, looks like my old dad

As I was rambling on to my sister, it occurred to me that this is exactly how I approach writing a novel. I can’t force it. I’m incapable, before I launch myself into it, of plotting the story. I know people who will have worked out a detailed synopsis, with character studies, chapter diagrams and turning points, plus flow charts of the dramatic highs and lows of emotion. I am in awe of this business-like approach. It makes sense. I just can’t do it. For me, writing a novel is like a stuttering journey, with halts and starts, spurts and lulls, and revelations popping up when and if they fancy.

I will already have thought a lot about my characters and will have developed the headlines of their back-stories in advance. And I will also know the scenario which brings them together. But that is just about all. And nothing is written down at this stage. It is only after I start – putting metaphorical pen to metaphorical paper – that the magic happens. The story begins to come to life of its own volition, and scenes float up out of the fog of my imagination – like photographic negatives – and begin to clarify before my inner eye.   Nothing, not even the looks or personalities (and sometimes names) of my characters, comes into sharp focus until I’ve started writing, and even then, not necessarily immediately. I may be many chapters in, but I am still continuously zipping back and forth through the chapters already written, editing, refining and expanding on the details I have only just understood. 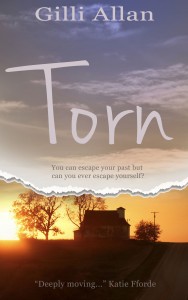 So writing a story is more like a process of discovery – uncovering something that already exists – a slow and painstaking unearthing of detail that does not immediately make sense. And, once found, the story has its own trajectory which, ultimately, cannot be moulded and pushed in a prescribed direction.  Even the final destination is not necessarily what or where I expect. I have said this before, but it’s worth saying again. I didn’t know how TORN was going to resolve until I was within 2 chapters of the end. I hope it keeps the story fresh and the reader guessing.

So far, it has always felt like a kind of magic. What will I do if the magic doesn’t happen next time? 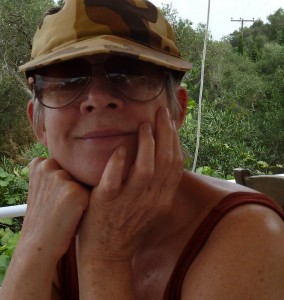 She didn’t work on any of the broadsheets, in publishing or television. Instead she was a shop assistant, a beauty consultant and a barmaid before landing her dream job as an illustrator in advertising. It was only when she was at home with her young son that Gilli began writing seriously. Her first two novels were quickly published but when her publisher ceased to trade, Gilli went independent.

Over the years, Gilli has been a school governor, a contributor to local newspapers, and a driving force behind the community shop in her Gloucestershire village. Still a keen artist, she designs Christmas cards and has begun book illustration. Gilli is particularly delighted to have recently gained a new mainstream publisher – Accent Press. TORN is the first book to be published in the three book deal. 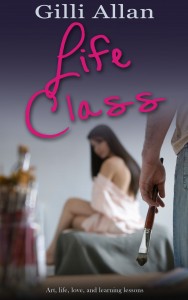 Thank you ever so much Gilli- what a fabulous blog. I am always in awe of anyone who can draw and paint. Bless you for sharing your Christmas cards with us!

I too am always worrying about the magic running out- scary stuff!

CLIC SARGENT AUCTION OPEN: BE A NAMED CHARACTER IN MY NEXT NOVEL