Just zipping by to wish you a very Happy Easter!! 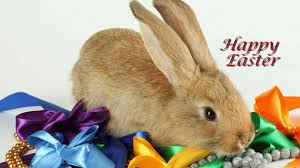 Although Easter is a Christian festival celebrating Christ’s rising, the holiday has far older pagan origins which concentrate on the arrival of Spring and rebirth.

The ancient Egyptians, Persians, Phoenicians, and Hindus all believed the world began with an enormous egg.

The word Easter itself, comes to us from the Norsemen Eostur, Eastar, Ostara, and Ostar, and the pagan goddess Eostre. All of which were associated with the season of the growing sun and new beginnings.

By medieval times, eggs were an established part of the Spring celebrations. A notation in the 1307 household accounts of Edward I of England showed an expenditure of “18 pence for 459 eggs to be boiled and dyed or covered with gold leaf and distributed to the royal household.”

A North African Christian tribe has had a custom of colouring eggs at Easter for many hundreds of years; possibly even proceeding the first time the term “Easter Eggs” was written down, approximately five hundred years ago. 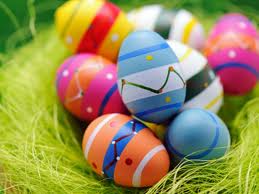 The first chocolate Easter Eggs were developed in France and Germany in the early 19th century.

In 1842, John Cadbury made his first solid chocolate eggs in England.

Fry’s of Bristol made their first hollow chocolate egg in 1873.

In 1875, the first hollow Cadbury’s Easter egg was created.

In 2013 90 millions chocolate Easter eggs being sold in the UK alone.

The world’s most popular egg-shaped chocolate is the Cadbury’s Creme Egg, with1.5 million of them being made every single day! 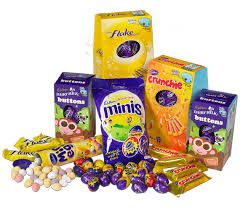 I hope you have a very relaxing weekend, and have the chance to nibble some Easter Egg, put your feet up, and read a good book!!