Today I’m joined by one of my fellow members of the Exeter Author Association; folklore expert, Mark Norman.  So go and grab a cuppa, then come back and have a read…

Hello. My name is Mark Norman. I am a folklore researcher and author based on the edge of Dartmoor, in the South West of the UK. Although I sometimes stray into the world of fiction, most of my writing is non-fiction, being based around my research. So today, I would like to introduce you to the world of folklore, and my writing within that area.

Folklore essentially boils down to being an examination of the traditions and beliefs of individuals and communities: literally, folk-lore or the beliefs (lore) or the people (folk). It can be seen to span various broader disciplines such as psychology or anthropology, but I prefer to think of it as a part of social history and it is therefore as a history discipline that I tend to work most.

Although I am a committee member of the Folklore Society, the UK’s oldest academic organisation for the study of the subject, I am not affiliated to any institution, being an independent researcher. I am therefore free to focus on whatever aspects of the subject I choose to explore.

My interests within the field of folklore are quite broad, but the areas that I mostly focus on are the more regional aspects of folklore within the area that I live and most particularly, the phenomenon of ghostly apparitions of phantom Black Dogs. This is the aspect of folklore upon which Sir Arthur Conan Doyle drew when he wrote what is arguably one of his most famous Sherlock Holmes stories, The Hound of the Baskervilles. 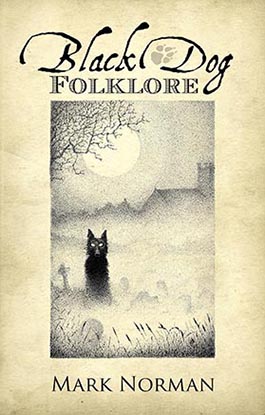 My most involved publication to date is my book, Black Dog Folklore, which was published in 2015 by Troy Books. To date, this book is the only academic investigation of the subject by a single author. I hold what is thought to be the UKs largest archive of Black Dog sightings, traditions and eyewitness accounts (probably over 1,000 now) and around 700 of these are included in a gazetteer in the appendix of the book. 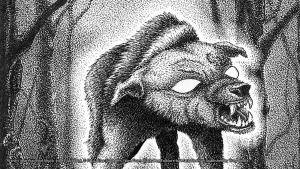 Publication of Black Dog Folklore was the culmination of around ten years of research, on and off; an undertaking which could have continued for longer had I not taken the decision to draw a line under the research at the time and decide that the book should come out at that stage. One of the difficulties of working in an area of cultural history such as this is that one story will inevitably lead to many more. New information comes to light all the time and stories change and develop. So, although the book is out on the shelves, the work on the subject most definitely continues.

Aside for this full-length study, I publish a lot of short-form articles for magazines, websites and in other places where I am invited (or sometimes cajoled) to contribute. Amongst these, for example, are pieces for Mythology magazine on Christmas traditions, an article on dog bones discovered at an archaeological dig and related to my research for Folklore Thursday website, an article for a personal site on the folkloric links of The Hound of the Baskervilles and a piece on the links between Sirius (the dog star) and dogs in folklore. I was also asked by the producers of one of Sir Tony Robinson’s documentary series’ to advise on some Black Dog lore in the area being discussed. 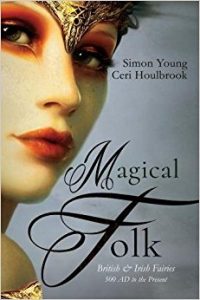 I have been asked to contribute to, or contribute myself to, various books and anthologies. Most recently I co-authored a chapter on fairies in Devon for a new book called Magical Folk published by Gibson Square and a chapter proposal I was asked to make for a new academic book published by Palsgrave Macmillan is being looked at currently. My fiction short story The Padding Horror which sets some of my research against a fictional backdrop of Victorian Dartmoor in Lovecraftian style was published in the UK as part of a charity anthology called Secret Invasion, to raise money for the mental health charity MIND and is published this month in America in another anthology called Fairy Tales and Folklore Reimagined.

Another large chunk of my writing time is taken up in script writing. I am the creator and host of The Folklore Podcast which is quite widely listened to around the world. In fact, just a couple of hours ago as I write this, I learned that it is currently ranked at #141 in the US iTunes charts for History. The podcast is released twice a month, with one episode being a guest interview and the other a presentation written by myself. It is admittedly a lot of work to script this frequently alongside other projects and so sometimes I share my research across other projects that I do to help with this. For example, as I speak relatively frequently at conferences or public events, I will sometimes adapt talks for podcast episodes or vice versa.

As far as future book publications go, I am currently planning to release a volume of extended essays on a range of folklore subjects. The backbone of these will be from past scripts I have written for the podcast episodes, which will then be expanded and researched more tangentially to form longer studies suitable for book chapters. I am also looking to work on another longer study of an area of folklore in the same style as Black Dog Folklore. There is another well-known piece of widespread folklore which has not been seriously studied or collected together since the 1930s to which I am hoping to turn my attention.

It is certainly the case that books and writing form a large part of my life. At home I live with my wife Tracey who is also a writer (see her recent blog on this site about her play WITCH for example) and, with a colleague, we also produce and narrate audiobooks. I am also on the judging panel for a national book awards for non-fiction titles and with what remaining time I have left in the week, I work for Libraries Unlimited, the umbrella organisation for Devon Libraries.

I hope that you have found this short insight into my research and writing interesting. I am always happy to talk about my research and you can contact me easily via my social media pages below. If you are interested in the subject, please do get in touch. 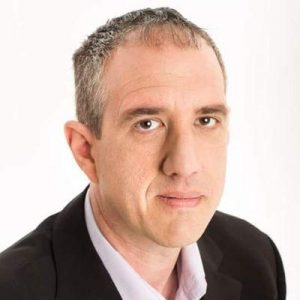 Magical Folk is available at https://www.amazon.co.uk/dp/B0783R465X/ref=dp-kindle-redirect?_encoding=UTF8&btkr=1

Fairy Tales and Folklore Reimagined is available at http://btwnthelines.com/dd-product/fairy-tales-and-folklore-re-imagined/

Secret Invasion is available for charity donation at www.justgiving.com/secretinvasion