Today I’m delighted to have my friend, and fellow Accent author, Jane Jackson, visiting. Why not grab a cuppa and settle down to learn all about the main character in Jane’s latest book, Crosscurrents- and then read a tasty extract…

Santo Innis is a Cornish engineer who served his apprenticeship at the world-renowned Perran Foundry and was later seconded to two respected companies in London building marine steam engines.

Crosscurrents is set in Cornwall in 1830. The first trials of the Cornish multi-tube boiler using high-pressure steam actually took place here in Falmouth. But while some in the Admiralty were keen to move from sail to steam in the interests of shorter voyage times and increased productivity, many were dead set against it.  Contradictory demands for speed and economy were impossible to meet and created intolerable pressures for engineers whose companies were bidding for Admiralty contracts. 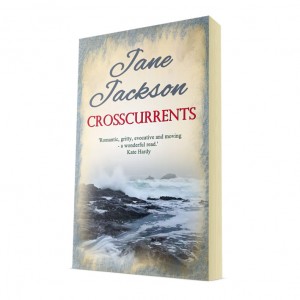 What should we know about him?

After his parents were killed when he was a child, Santo was brought up in his Uncle George’s house. George Curnock is the head brewer and joint owner of Curnock’s Brewery run by his brother Arthur. George’s only child, his son, Treeve is a maltster. Two years older than Santo Treeve has always bitterly resented him. Santo’s engineering skill has impressed shrewd businessman Richard Vaughan, heir to country estate owner, Frederick Tregarron.  Despite the difference in their class and background, their shared interest hot air technology has drawn Richard and Santo into friendship.

What is the main conflict? What messes up his life?

A ship taking part in boiler trials explodes killing all on board, among them the chief engineer who was Santo’s friend and mentor.  Santo’s row with Tregarron costs him his job.  With his newly-developed marine engine fitted into a bare hull supplied by Richard, Santo – in debt and in love – agrees to take part in a risky venture that will solve all his financial problems. Instead he loses everything.

What is the personal goal of the character?

Appalled by the number of deaths caused by high-pressure steam boilers exploding, Santo has developed a revolutionary new engine driven by heated air.  In love with Bronnen Jewell he feels he cannot propose to her until he has proved himself and cleared his debts.

Where can we read more about it?

The book is called ‘Crosscurrents’.  You’ll find more about it at http://www.amazon.com/Crosscurrents-ebook/dp/

When will it be published?

Published by Accent Press, the ebook is available at:  http://www.amazon.co.uk/Crosscurrents-Jane-Jackson-ebook/dp/B00L9CIS66/ref=sr_1_1?ie=UTF8&qid=1403690361&sr=8-1&keywords=crosscurrents+jane

Here is an excerpt:

‘Mr Innis.’ Now her pulse raced for a very different reason. ‘What are you doing here?’ The instant the words were out she wished she could call them back. ‘I – I didn’t mean – it’s – I wasn’t expecting –’ aware she was babbling she caught her bottom lip between her teeth and bit hard.

‘Not interrupting you, am I?’

Stepping inside he half-turned so the dwindling light fell on her face. ‘I – er – you got on all right with the engine?’

She nodded. ‘Yes. I didn’t have a minute’s bother. Well, I did, but it was my fault,’ she added quickly as concern drew his brows together. ‘I was busy and the fire nearly went out. But soon as I got ’n going again the engine worked and so did the pump.’ She saw him look round.

‘Mother not with you?’

‘She’s ill. I wouldn’t let her come. It don’t take both of us to do the skimming.’

‘That why you were so busy? You were here by yourself?’

After a brief hesitation she nodded. ‘Please don’t tell –’

‘None of my business.’ He gestured towards the dense frothy head on the fermenting beer. ‘You did all this on your own? I call that a proper job.’

Her heart lifted at the compliment. She tucked it away, a small treasure to be examined later when she was alone, and shrugged shyly. ‘If you could have seen me this morning, running back and forth –’

‘I wish –’ he began softly then stopped, clearing his throat. ‘I’ve just been up with Mr Vaughan. He’s going to write to Mr Rowse at the quarry. Invite him to come and see the engine working.’ Holding his hat in front of him he was turning it round and round by the brim. ‘I thought I’d stop by and let you know, seeing it was your idea. Truth is,’ she heard his throat click as he swallowed. ‘I wanted to see you again.’

‘Oh.’ Suddenly self-conscious about her appearance after the long demanding day, she tucked a stray curl behind her ear.

She felt a trembling inside. ‘No.’

She was glad the gathering dusk hid her fiery blush. Uncertain, wanting, fearful, she blurted, ‘Why?’

Feeling as if she was standing on a cliff edge unable to see how deep the drop was, she took a deep breath and jumped. ‘No.’

In the gloom his teeth flashed in a quick grin that softened the harsh planes of his face. ‘I’m some glad of that.’

This morning, seeing him focused and sombre she had guessed him to be in his thirties. But that smile told her she had over-estimated. Yet she sensed he didn’t smile often.

She smoothed the front of dress. ‘It’s just –’

‘The minute you want me to go, you just say. All right?’

She nodded. Placing the journal under the chair she sat down and folded her hands in her lap. He dropped his hat on the bench and sat beside it, half-facing her, his hands loosely clasped between his parted knees.

Bronnen moistened her lips with the tip of her tongue. ‘You said you haven’t long been back in Cornwall?’

‘That’s right. I was four years in South Wales at an engineering company Mr Tregarron put money in. From there I went to Hall’s Engineering Works in Dartford for three years. They built the engine in the steam packet Mercury. She’s being used to test a new boiler. Next week I’ll be aboard her for a few days.’

‘Did you always want to be an engineer?’

‘Yes. But my uncle wanted me to be a brewer.’

‘My parents died when I was small.’

His voice hardened. ‘Father drank. It made him – when Mother tried to save me we both paid.’ He had tipped his head so she couldn’t see his face.

Bronnen touched his forearm in silent sympathy. Then, afraid she had gone too far on such short acquaintance she started to withdraw her hand. But before she could, he covered it with his own. His callused palm was warm. He didn’t look at her.

‘My uncle and aunt took me in. But that didn’t sit well with my cousin Treeve. He couldn’t abide having this cuckoo in their nest.’

‘That’s what my father called me.’

‘He never did!’ The shock in his voice was oddly comforting. ‘Why?’

‘I don’t know. Most of the girls I grew up with are married. P’rhaps he thinks it’s time I was. But even if there was someone, I can’t leave my mother.’

His hand tightened on hers. ‘Why’s that then?’

‘What you said about your father drinking? Mine does too.’ Tonight he had kicked her like a stray dog.

What was she thinking? He was a stranger. Bronnen stood up quickly. ‘I shouldn’t have said anything.’

On his feet in an instant, a head taller, broad-shouldered and so close that she started to quiver, he caught her hand.

‘Listen, what I just told you I’ve never told a living soul. What you’ve told me stays between us. Don’t ask me to go yet.’ His voice was low and hoarse as the words tumbled out. ‘I know I said I would. And I will, if that’s what you want. Is it?’

Lifting her hand he pressed her palm against his chest. She felt the strong steady beat of his heart. Hers was fluttering like a trapped bird. 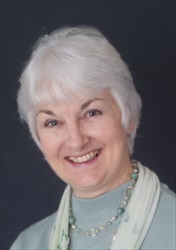 If you’d like to discover more about Jane and her work, then check out her website- www.janejackson.net