When eighteen year old Alex’s little sister’s pony goes missing, he sets out to look for her and finds himself in a strange gypsy camp in the middle of a forest. The pony is being cared for by a young girl called Faith. When Alex accepts a drink from Faith’s grandmother, he wakes up later to find himself transported into 2038 to a technologically-advanced, very colourful world inhabited by humans and robots. Alex soon discovers that he is now twenty, married and has a magical little baby girl. A magic he only seems to notice. He soon finds out that he will have to defend his little girl from the half-breeds with everything he has. He travels back through the magic pages of books to try and save her before it is too late and she is lost from him forever. 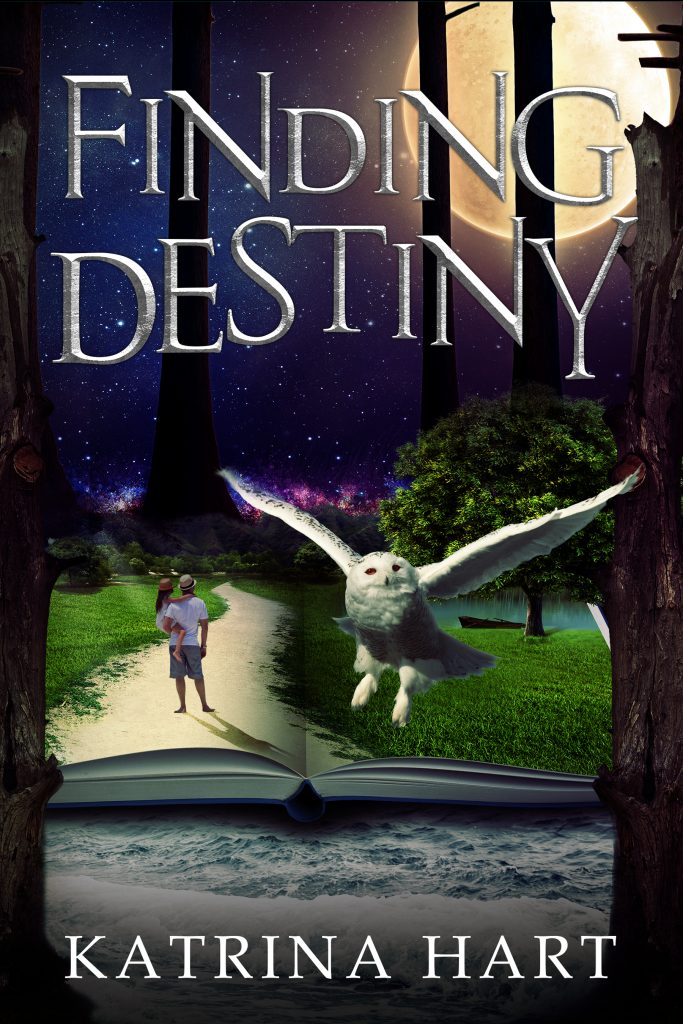 Broken branches crunched beneath my feet. Black, shadowing trees loomed over me, following my every move. Owls hooted and flapped in every direction. I proceeded, calling the girlie-named pony.

I walked till my feet burned. It had been hours with no sign of Destiny, when the forest seemed to come alive before my eyes! Classical music hummed around a circle of purple gypsy tents, which surrounded a huge pink camp fire. I rubbed my tired eyes in disbelief. I opened them again and saw Destiny being cuddled lovingly by a pale girl with black hair flowing like a never-ending river. I walked over to the girl and Destiny.

“Hey miss, you found my sister’s pony.” I looked down at them both.

“Mister, she is my pony!” She held Destiny closer in a protective grip.

I was about to argue my point, but a cold hand pushed on my shoulder, stopping me.

“Grandma! He wants my pony.” The girl pointed in my direction.

“Faith, don’t point it’s rude!” The old woman scolded her like she was a child.

“Where the hell did you come from!” I shouted and jumped to look her in the face.

“My tent, just this way,” the grandma said as she walked inside her purple tent.

I followed, outraged. I just wanted my sister’s pony back.

“Are you okay!” I whispered.

“Yes! Yes! Don’t worry yourself, now what can I do for you, sir?” She coughed again.

“I need my sister’s pony back. It’s her everything,” I pleaded.

“My Faith loves her too,” the old lady coughed again.

“I will do anything, I need that pony!” I tried again, staring into the old lady’s purple eyes.

Her wrinkled, transparent face and white long hair, tied in a bun tight above her head, made her look frail. She sat down behind a crystal ball. “Anything?”

“Let me see your future,” she coughed, rubbing her crystal ball and looking inside its clear dome.

The silence dragged on like an unspoken question in a crowded room. Sadness crossed her face.

“It’s done!” she shouted; her eyes seemed to turn black.

“Thank you.” I smiled, a little confused.

“My pleasure.” She coughed, handing me a blue drink in a clear glass. “Please drink, it will bring you good luck on your way home. It’s a tradition, you know,” she said.

I didn’t want to seem rude, so I drained the glass. My head spun and everything became unfocused.

I fought to see through the darkness. Crying, and the smell of hay surrounded me.

“Hello! Who’s there? Where am I?” I whispered, following the cries of what sounded like a girl being murdered.

“Hello!” I yelled over her cries. I feared for us both. A light danced on of its own accord. Straw was everywhere. Pink, blue and red horses wandered about, leaving their stalls empty. The barn looked steel, unlike anything I had seen… 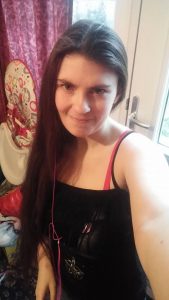 My name is Katrina Hart but my friends call me Katie. I live in the East of England with my family, my two cats–Holly and Smokey–and our dog, Jessie. They are a nutty bunch but I love them all the same.

I have always had a passion for reading. I could easily spend a whole lifetime engrossed in a good book. In my twenties I joined an online writing class where I fell in love with writing my own stories.

Since I started writing I have discovered a new love for quotes. A quote that really inspired me was from Toni Morrison. Toni said: “If there’s a book you really want to read but it hasn’t been written yet, then you must write it.”

I came across this quote whilst I was studying. It was one of the many things that inspired me to begin writing Finding Destiny, my first novel.

In addition to Finding Destiny, I’ve written a number of other stories, including Love in Little Snow, The Flower Angel and The Naked Sleepwalker’s Christmas.

I also have a blog, where I talk about books I’ve enjoyed, my writing–including the occasional free short story–and anything else that interests me. I’d love it if you visited! The address is: http://katrinamarie25.wordpress.com.

Many thanks for coming by today Katrina.