For this week’s Opening Lines I’m delighted to welcome Jon Hartless, with the first 500 words from book one in the Poppy Orpington Chronicles: Full Throttle.

Welcome to the relaunch of the Poppy Orpington Chronicles, beginning with Full Throttle.

It was sometime back in 2013 (or thereabouts) I had the idea for a Steampunk motor racing adventure, featuring a heroine by the name of Poppy Orpington, who would drive a huge, fast car called Thunderbus on the racetracks of Britain and Europe.

Inspired by the era of the Bentley Boys – famous racing drivers of the 1920s – I set to it and started writing. And immediately changed my mind and tried to do the story in a completely way. It took some time to realise this was, in fact, a very silly thing to do, and I eventually went back to the original idea and wrote out the entire novel which flowed very nicely, almost as though Poppy was keen to get out and start her career.

Unfortunately, the writing, rewriting, further rewriting and final rewriting, (followed by several more rewrites thereafter), was the easy part. Finding a publisher willing to take on the project was far more difficult, though eventually the novel appeared with Accent Press in 2017. This was followed by the sequel in 2019, and this was followed by Accent being bought out by Headline, which dithered for months before announcing they weren’t actually interested in continuing the Poppy Orpington series.

And so we arrive at 2020, some 7 years later, and Poppy is being reborn via Kindle and self-publishing. It’s been something of a torturous road, (forgive the pun), but we’re finally shifting through the gears and gaining speed and as long as there’s no oil on the road the way ahead is clear and I’ll stop with the awful jokes now.

As expensive steam-powered automobiles speed across the land, Poppy Orpington is trapped and going nowhere – until her father reveals he has perfected a petrol-fuelled car, ready for the racetrack. The vast prize money promises them a better life, but will Poppy and her father be allowed to compete? Racing is the preserve of the wealthy elite and few will welcome the working-classes onto their hallowed ground.

Can Poppy overcome social prejudice and conformity, or will her only chance of a better life be crushed before it can even begin? Join editor James Birkin as he looks back on the life of a near-forgotten, much maligned champion of the racetrack.

Full Throttle; book one of a Steampunk motor racing adventure set in a world of division, intolerance and inequality which modern readers may find disturbingly familiar… 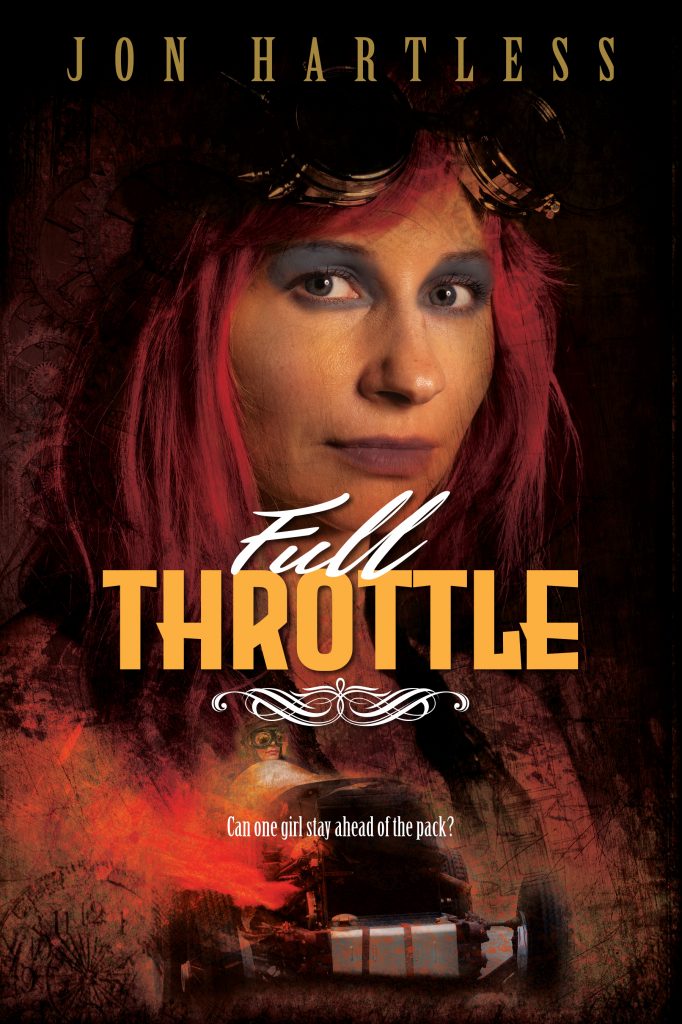 Today, Poppy Orpington is hardly remembered at all.

Some do know she was a famous racing driver, though only a minority of these are aware her first car was called Thunderbus, not Thunderbolt, a mistake arising from her later company of that name.

Others wrongly dismiss her as the first of the modern celebrities, working the media for fame and money, while a few will scornfully recall near-libellous newspaper reports of harlotry in a Parisian bawdy house whenever her name is mentioned.

Most, however, are familiar only with her tragic fate and stained reputation from the Great War – a reputation, I maintain, that is thoroughly undeserved. However, I must not get ahead of myself. I shall explore everything in the right order and put Poppy in the context of her era. Her exoneration, should you wish to grant it, must be given at the right time and with a full understanding of Poppy’s character.

This, then, is the beginning of the testimony, taken from diaries, letters and personal contemporaneous interviews. Some may think my shaping of this material into a narrative rather than an academic account diminishes the authenticity of the work; I contest that Poppy’s biography is so dramatic in tone, and so rich in style, that it pulled itself naturally into this shape.

Nonetheless, a few disclaimers should be noted. Memory is fragile, and it is unsurprising to see the manner in which events can be transposed, altered and generally misunderstood. Please be assured I have researched all areas as closely as possible and everything in this book did take place, though not necessarily in the order given.

Also, the spoken language at that time was rather more formal than today, especially amongst the upper classes and the well-educated, and this has driven me to lightly edit certain conversations between Poppy, Simeon, Helena and their contemporaries. Please be assured I have always endeavoured to keep the pith of each exchange, sacrificing the semi-archaic speech patterns only for the sake of lucidity.

The reader may ask just why I have devoted so much time to the Orpington archive of diaries, letters and more. Does it really matter what happened to an almost forgotten woman well over a century ago?

Unfortunately, the answer is undoubtedly yes. We can find many parallels between Poppy’s era and our own culture, especially in the treatment of the marginalised and the vulnerable. As such, I have interposed a series of editor’s notes on those aspects of Poppy’s life I feel are still relevant to the way we are today. I shall endeavour to keep these interjections to a minimum, however, as they serve to illuminate rather than to distract.

Join me, then, as we travel back to when motor sport was still open to amateurs – albeit only wealthy amateurs – who could race their own cars side-by-side with the professionals of the day. Back when the sport still boasted heroic individuality rather than corporate wrangling over fuel consumption and weight limits… 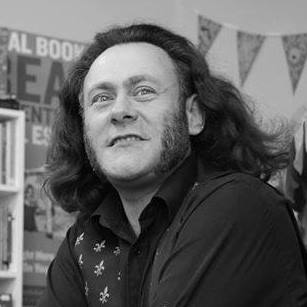 Jon Hartless was born in the 1970s and has spent much of his life in the Midlands and Worcestershire. His latest novels, steampunk motor racing adventures examining the gulf between the rich and the poor, the powerful and the dispossessed, started with Full Throttle in August 2017 and continued with Rise of the Petrol Queen in 2019 – now to be reissued before the release of the third on the series, Fall of the Petrol Queen, schedule for September 2020.