Guest Blog from Gilly Stewart: Inspiration for the Lost Woman

Today I’m delighted to welcome the lovely Gilly Stewart to my site. Gilly is going to give us the low down on her latest noel, The Lost Woman.

Over to you Gilly…

Sometimes the setting for a book is what inspires me, sometimes a character. But only once has the entire plot for a book come to me fully formed. This was the case with The Lost Woman, published last month by Accent Press.

I was on a writing retreat, on my own staying in a timeshare in the Perthshire Highlands. My company was favourite dog, Una, a collie-cross. Every afternoon I gave myself a break from writing and took Una for a walk. One day, as we descended a track from the hills, I saw a car parked in a lay-bye on the road beside the loch. For some reason I was intrigued. It wasn’t the normal time of year for tourists (I think it was February) and the car had a slightly down-at-heel look about it. I remember going to peer inside the car, in case it had one of those notes on the dashboard ‘Gone walking up X, expect to return by Y’. Conscientious lone walkers sometimes leave them. But there was nothing.

And as I began to walk along the side of the loch back to my lodgings the story unfolded for me. A middle-aged woman who had parked the car and gone walking in the hills. An established local family who were trying to launch a tourism business, in a magnificent grey-stone house like that one I’d passed not far back. The heroine, Catherine, short, curvy, dark-haired, bossy. And yes, they were all there: her three brothers and the irritating father. And the hero, Haydn, who walked up the drive to Annat House. And then I had the first words Catherine said to him: ‘I have nothing to say’. 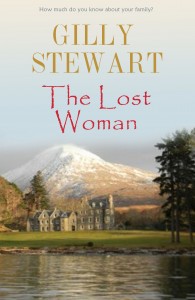 I was off! I got home, editing of existing manuscript forgotten, and began to write notes and then whole scenes for the new book. Of course, it wasn’t all plain sailing. As any writer knows, parts of a book are pure hard slog. And then there were the changes I had to make because it never seemed to turn out quite so well on paper as it had in my mind. And then the edits came back from my lovely (now departed) agent Dot Lumley, who pointed out weaknesses I hadn’t been able to spot myself.

But throughout all that it still was, essentially, the same book. I wish all books came to me as easily as that one! Maybe I need to take a few more writing retreats …

I’ve just read Jenny Harper’s blog at http://jennyharperauthor.co.uk/its-real-a-paperback-emerges-from-the-wisp-of-an-idea/ about how the process of getting from idea to finished book works for her, and I realise how different we are. I really don’t think I could do a 7,000 – 10,000 word synopsis before I started writing. That is so admirable! I have to start while the ideas are there … and hope for the best. But if we were all the same, think what a boring world it would be.

EXTRACT FROM ‘THE LOST WOMAN’

The Lost Woman was a source of serious aggravation to Catherine McDonald. There had been no peace ever since She had put in her appearance – or should that be disappearance? First it was the police, then the journalists. Even the locals seemed to be obsessed. And it wasn’t the sort of publicity you wanted when you were on the verge of launching a major tourism venture.

Catherine watched grimly as yet another stranger walked up her private driveway. She swung open the massive front door before he had time to ring the bell.

The man paused with one hand raised to knock. ‘Haven’t you?’ He was a tall man, forty-ish, with neatly cut mousey-brown hair and amusement in his eyes. ‘How fascinating. What is it about which you have nothing to say?’

Catherine glared. He was one of the clever-clever ones, was he? ‘About the Lost Woman, of course.’

For the first time Catherine began to doubt her assumption. The man wore smart black trousers, a dark jersey, and a long dark woollen coat, not normal journalist attire.

‘I suppose there’s no point asking if you’re a journalist? They all deny it.’

Catherine sighed. She really didn’t have time for this. ‘OK, supposing you tell me what it is you do want?’

‘What I want now is to learn all about the Lost Woman. You’ve got me enthralled. Is she really lost? Is it an ancient myth or a modern tragedy? Do tell.’ He leant one shoulder against the door jamb, apparently settling in for a long conversation.

‘Everyone knows. That’s why they come here, isn’t it?’

‘Look, the Lost Woman is some stupid woman who parked her car at the bottom of our track and went walking in the mountains.’ She gestured to the range which rose in peak beyond misty peak behind Annat House. ‘And she hasn’t been seen since.’

‘How interesting,’ he said. ‘And was this recently?’

‘Look, please stop pulling my leg. Everyone knows about the Lost Woman.’

The man gave this some thought. ‘I don’t think everyone can know, if I don’t. Although, to be fair, I have been out of the country for several weeks, perhaps that explains my ignorance.’

‘It was five weeks ago. Six this weekend. You can’t have heard no news for that long.’

‘You don’t think so?’ A frown marred his rather handsome face. ‘I’ve never been an avid reader of newspapers, and I find the sort of coverage one gets on television these days a trifle vulgar, don’t you? Perhaps that would explain my lamentable lapse.’

Catherine began to laugh. The man was mad, but amusing with it.

‘OK. So if you’re not here to ask about the Lost Woman, how can I help you?’ She recalled that in the old days strangers did come knocking on the door, in need of information or directions. ‘Are you lost?’

‘No, I don’t think so. I saw signs for Annat School a little way back, so I know roughly where I am.’

‘Ah, you’re looking for the school.’ Catherine was relieved to be getting answers at last. ‘It’s not far away. You need to go another couple of miles and you’ll see a large Victorian-gothic building on your right, can’t miss it. Distances are deceptive, aren’t they, on these winding roads? A lot of people turn back thinking they’ve gone too far.’

‘I believe so. A healthy outdoor Scottish education is apparently quite the thing. We haven’t had much to do with it since my brothers left, but it was very well thought of then.’ Catherine thought briefly of the time when her mother had still been alive and they had been an almost happy family. She shook her head to clear her thoughts. ‘I suppose you have a child you’re considering sending there?’

‘Just the one? How old is he?’ Catherine felt obliged to add, ‘I’m not a great fan of boarding schools myself.’

‘Richie’s ten. Or is it eleven? I tend to forget.’

‘I believe they prefer to take them from eight. Most prep schools do. Didn’t they tell you that on the phone?’

‘I haven’t spoken to them on the phone.’

In Catherine’s opinion this man was rather too lackadaisical, and she was sure the head teacher would agree. ‘I don’t think they are very keen on people just dropping in,’ she said severely.

‘No, I can see that might be inconvenient.’ He smiled. ‘People can be so inconsiderate, can’t they? When all it would have taken is a mere phone call in advance …’

Catherine was beginning to feel she was losing control of this conversation, an unusual experience. ‘Is that it, then?’ she said, making an effort to get back on track. ‘If you do decide to take a look at the school it’s two miles further on. You’ll have no problem finding it.’ She moved as if to close the door.

‘Actually,’ said the man, leaning forward confidentially, ‘Actually, I was hoping to use your telephone.’

‘Yes. Did you know that mobiles don’t work out here? I need to call the AA.’

‘Of course I know that mobiles don’t work. This is the Highlands, you know.’

He nodded politely. ‘I should have realised.’

‘So your car has broken down?’ said Catherine slowly.

‘Yes. At least, it appears to have. The engine died and it’s certainly not starting when I turn the ignition. I’ve an inkling it might be the starter motor, or spark plugs, something like that. I don’t suppose you know about these things?’

‘Absolutely not,’ said Catherine, exasperated. ‘Look, come in. You can use the phone here.’ She stood back abruptly to allow him into the wood-panelled hall…

Buy link for The Lone Woman 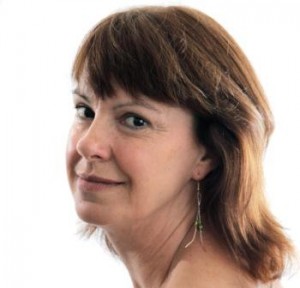 Gilly Stewart was born in Lancashire and lived in Yorkshire and Cheshire until the age of 15, when her family moved to South Africa. At 21 she moved to France, and then tried Zimbabwe before finding the perfect country: Scotland. She has had many jobs including au pair, cleaner, teacher and accountant, but her first love has always been writing. She has had four romantic novellas published under the pen-name Gillian Villiers and in March 2015 she published her first Young Adult novel Music and Lies under the pen-name Gill-Marie Stewart

The Lost Woman is her second women’s contemporary novel and is published by Accent Press. They brought out her first novel, Sunshine Through The Rain, in April 2015.

Gilly lives on a farm in rural Dumfriesshire with five chickens, four dogs, three cats, a husband and many, many books. Her two student sons deign to visit occasionally.

Many thanks for such a great blog Gilly.

Guest Blog from Marie Laval: One night under the stars

Guest Post from Georgina Troy: Inspiration Behind A Jersey Dreamboat