I love having guests on my blog. Some visitors I particularly look forward to, and today I’m thrilled to have one of my favourite guests sharing a little writers wisdom. Please welcome back Nell Peters.

Hello, Jenny – thanks for having me again!

Last time I was a guest blogger here Christmas was approaching fast, with sleigh bells ring-ding-a-ding-a-ling loudly in our ears. Now we are a matter of days away from Easter. Scary! Of course, chocolate eggs and the like have been in the shops since 26th December, possibly before – I wonder what days of the year that posh choc company designate to convert their gold foil-covered bunnies rather unconvincingly into reindeer, or vice versa?

Most of the Christmas break disappeared for me under various edits required for a 4/1 deadline and it will hereinafter be referred to the Swear Box Christmas. This in no way overshadows that of two years ago, which became the Bug Christmas. And I don’t mean those cute little ladybird creatures with innumerable legs and spotted backs. 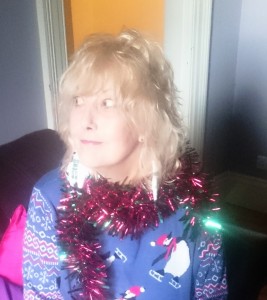 On Christmas Eve 2013, the youngest boy was twenty-one and everyone and their dog was coming to stay for several days. In our infinite wisdom, the OH and I felt we should get the main bathroom tarted up a bit for the invasion. Big mistake. Work inevitably fell behind schedule and the self-imposed deadline (22/12) was getting perilously close, when OH managed to put his foot through the floor…which forms part of the dining room ceiling. Not a good look. When everyone arrived on 23rd (actually our anniversary, but mostly forgotten after #4 son gate-crashed the party a week before his due date on New Years Eve) we had rather too few – shall we say – functioning facilities to accommodate the gathered masses. Pioneering spirit to the fore (we are British after all, don’t you know), we could have coped with that, had someone not turned up brewing a tummy bug. I’ll let you join your own dots from there – it was a challenging few days, to put it mildly, with enough left-over food to keep us going until midsummer. Oh, in case you were worrying about it, we did get the ceiling patched up in time – though that was really the least of our worries.

That’s all a distant memory now, and one we may (or may not) find amusing at some time in the future – if we live that long.

I’m pleased to report that Pavlova the chicken survived her second Christmas with us without ending up in the roasting tin – as threatened by various horrid sons throughout the year, amid pointed ‘fattening her up for Christmas’ remarks. Poor Pav didn’t know what she was getting herself into, when she turned up on our land a couple of years ago and decided to stay…

Back to the here and now…or almost. All the necessary edits were done and dusted on time for Hostile Witness – just as well, as it was on pre-order for a 4th Feb launch, so there was little leeway. But most importantly, another little cutie entered our lives; GD #3 and our fifth Grand, arrived only a little late on 7th Jan, and of course she is just as beautiful as her big sister, Isla. The baby is called Indie, so the ‘I’s have it in that household! Sorry …

Today, 15th March, is the seventy-fifth day of the year (this being a Leap Year – I bet there’s some bright spark out there who knows exactly how many days there are until Christmas 2016. If you find them, please gag them) and was known to the Romans as the Ides – the middle of the month. It was the day in 44BC that Julius Caesar probably wished he hadn’t bothered to get out of bed, or had at least had the presence of mind to wear his dagger-proof Kevlar toga. 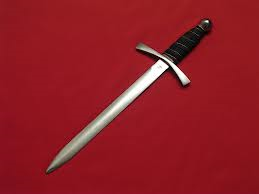 Anything Roman still reminds me of our Head of Latin at school, Miss Mackinder. She was a terrifying woman with protruding teeth and a passion for cats, if not her pupils. She had a glare that could kill at a thousand yards and like most of the staff at that very staid, traditional Grammar she was a spinster who seemed very old – as anyone over twenty does to a young teen. Miss Mack used to spend her holidays in Rome, rescuing stray cats (and quite possibly scaring the natives). The author Judy Astley and I somehow survived years of regulation indoor shoes, regulation outdoor shoes, summer boaters and winter felt hats (hat detention if seen outside school grounds not wearing the damned things), and flame-coloured summer dresses that suited no one and could be seen from outer space. All this amid wood-panelled walls, and an oppressive atmosphere where pupils (all gels, natch) should neither be seen nor heard, or be caught doing anything unladylike. There was a list of school rules as long as the M1 and woe betide anyone who stepped out of line – they still had the cane! Where was ChildLine when we needed it?

Anyway, I digress – fast forward to 15th March 1493, when Christopher Columbus docked in Palos, Spain after his first trip to the Americas. It was a disappointing voyage of discovery because neither Colonel Sanders nor Ronald MacDonald had opened for business and so CC was stuck with paella for another few hundred years. Or maybe I imagined that bit?

Continuing the boat/water theme, in 1927 (when my mum was about six weeks old) the first Oxford v Cambridge Women’s Boat Race was held on the Isis in Oxford. It took place at 1.15 pm, when heads of colleges hoped young men students would be too distracted by their lunch to go along to gawp. To call it a race is a bit of a stretch though, because the boats rowed separately downstream and judging concentrated mainly on style and deportment – perhaps keeping their knees together, balancing books on their heads and not showing their bloomers? When that resulted in a tie, the teams rowed against each other upstream and Oxford won by two points. Ah…those were the days – remember this was a whole year before all women over the age of twenty-one in Great Britain and Northern Ireland were finally given the right to vote. Enlightened times indeed.

Before I send everyone to sleep, perhaps I should plug the latest masterpiece and go, so that you can get on with whatever floats your boat. 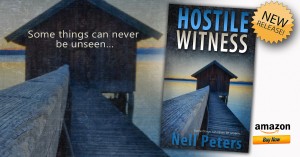 Because it was previously self-published, the book comes complete with two 5* reviews – always handy:

‘Many twists and turns – and a cliff-hanger ending. Quite an enjoyable read, with a delightfully twisty plot. Ms. Peters kept me guessing till the end.’

‘Thoroughly enjoyed this book and will look forward to the next one from this author. Keeps you guessing till the end.’

Common theme there, as in being kept guessing until the end – I know the end, but I’m not telling. Both reviews come from Amazon.com and were posted on consecutive days three years ago – slightly bizarre, but I’m not complaining!

How I remember my own Latin lessons. I was lucky enough to be blessed with a wonderful Latin master- the amazing Mr White. Amazing because he was so patient with me- I was not the best language student!!