Today I’m delighted to be able to welcome Tim Walker to my site. A successful independent author and former journalist, Tim is sharing a short story from his new collection, Postcards from London. All I’ll say is- this is a must read for any Beatles fan!

So pop the kettle on, put your feet up for five minutes, and indulge a few moments of reading pleasure.

Blurb to Postcards of London

The city of London is the star of this collection of fifteen engaging stories from author Tim Walker. Drawing on the vivid history of the city where he has both lived and worked, Postcards from London celebrates the magnificently multifaceted metropolis that is home to 8.8 million people.

Imagine Iron Age fishermen, open-mouthed to see Roman galleys, rowed by slaves, dropping anchor at their village – a place the Romans would turn into the port and fortified town of Londinium. These Romans were the first of many men of vision who would come to shape the city we see today.

London’s long and complex history almost defies imagination, but the author has conjured citizens from many familiar eras, and some yet to be imagined. Turn over these picture postcards to explore his city through a collage of human dramas told in a range of genres. See the tumult of these imagined lives spotlighted at moments in London’s past, present and, who knows, perhaps its future. 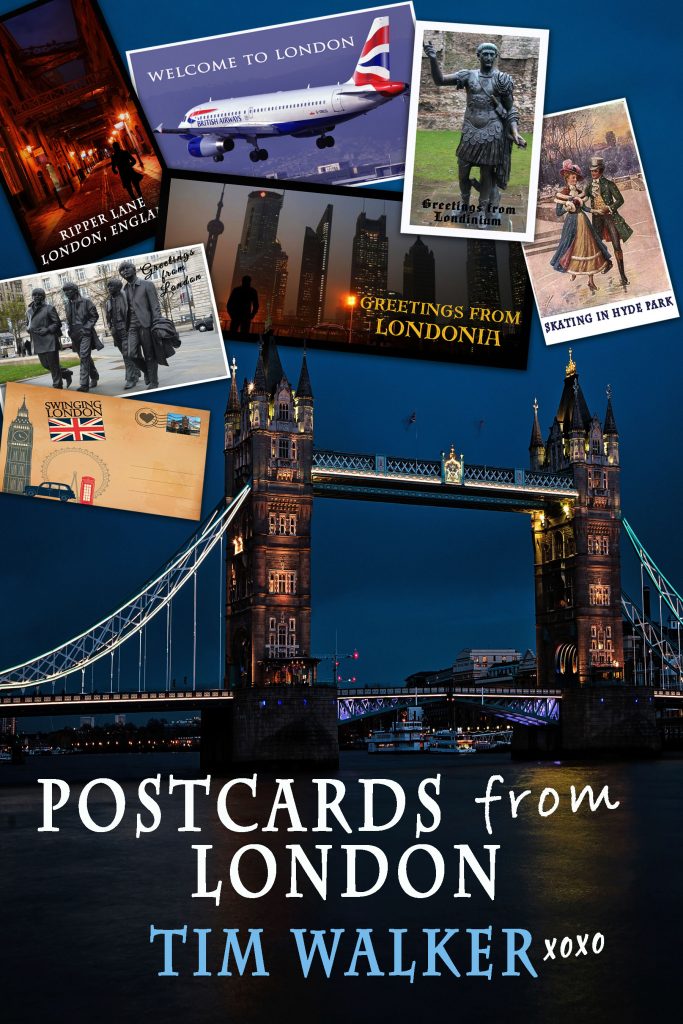 A flash fiction postcard in Postcards from London by Tim Walker…

A bright, chilly January morning in 1969 saw Brian on the West End beat. Rounding the corner into Savile Row, he found a small crowd gathering outside Apple Records, the headquarters of world-famous pop group, The Beatles. First bobby on the scene, he asked a young man what was going on.

“We’ve heard a rumour that The Beatles are going to play on the rooftop,” the excited youth said.

PC Brian Smith radioed it in, and was told to enter the building and wait for further instructions. He squeezed past busy roadies carrying equipment up three steps and into the narrow front door of what was a large grey stone converted townhouse – glancing at a row of framed gold records on the walls before his eyes settled on the receptionist. Her pretty face, heavily made-up with Mary Quant mascara on long lashes framed by a lacquered brown bob, wore a pensive look. She hesitated before confirming that the band would be giving a brief performance of their new songs on the rooftop.

“Can I see the manager please?” Brian asked, showing initiative.

“Would that be the Apple General Manager or the manager of The Beatles?” she asked, holding a white phone to her neck.

“Erm, both, if I may… Emily.” He said stiffly, leaning forward to read her name on a green Apple badge.

She punched some numbers on her switchboard and spoke in a quiet voice. “A police officer would like to see you.”

Brian gazed over her head at pictures of his music heroes, the Fab Four. The smell of weed drifted into the room from what looked like the post room behind reception. Emily, seeing him sniff the air, hurriedly pushed shut the door.

“Mr Taylor, the GM, will see you in his office. You’ll have to walk up the stairs, I’m afraid, as there’s no lift. All the way to the fourth floor, left at the top of the stairs.”

Brian thanked her and followed a film crew carrying camera equipment and tripods up the narrow staircase. His radio crackled into life and he stepped into the first floor corridor to improve reception. His CO told him he had no report of permission being granted to hold a public performance on the rooftop, but was unsure if they would be breaking any laws by doing so in their own building, unless it was so loud that it caused a disturbance. 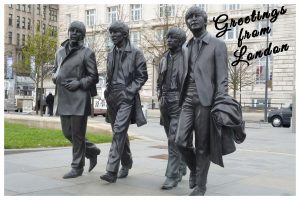 “Find out what you can and report back,” he said tersely. “I’m sending more bobbies for crowd control outside the building.”

Brian looked about him and saw the name ‘John’ on an office door. He pushed the door open and found himself looking at John Lennon, sat with his feet on a desk, leaning back in a swivel chair, smoking a joint.

“Oh, hell, is this a raid?” he asked, looking momentarily startled as he saw Brian’s uniform.

“Erm, no, Mr Lennon. I’m just here to find out about this concert on the roof. Would you mind telling me what it’s all about?”

John pointed to a chair and sat up, squeezing the lit end of his joint and throwing it in a bin.

“Sorry about that, Officer…?”

“PC Brian Smith,” he said, easing himself into a leather armchair, cradling his helmet in his arms. “Oh, don’t worry about that, I’m a big fan, you know.”

“Glad to hear it,” John said, leaning over the desk to shake his hand. “We’ve just decided to play some of our latest tunes for our next album on the roof and make a promo film, if you know what I mean?”

“Erm, yes, but if you make too much noise you’ll disturb the other businesses in the area and we’re bound to get complaints. My boss tells me you’ve not notified the police, and a crowd is already gathering in the street, so maybe…”

John got to his feet and put his arm around Brian’s shoulders. “Look, PC Brian, it’s just a few songs and won’t take long. Why don’t you come up onto the roof and watch? Honest, we won’t make that much noise. You see, the wind will carry our music away into the ether.”

John guided Brian up the stairs, collecting the other Beatles as he went.

“You see, Brian, each of us has our own floor, because we can’t stand the sight of each other after ten years together, ain’t that right Ringo?”

The mop-topped drummer grinned sheepishly as John gathered each group member as they made their way to the roof. Once up there, Brian saw the instruments and speakers set up on a wooden platform, and the camera crew buzzing around their equipment.

“We’re nearly ready, John,” said a smartly-dressed man who looked like he was in charge. He smiled at Brian and held out his hand. “Hi, I’m George Martin. Why don’t you come over here with me? We’ll be starting in a few minutes.”

Brian’s radio crackled and he heard his CO saying, “They’ve barricaded the door, we can’t get in, what’s happening, Smith?”

“I can’t hear you sir, I’ll try to move to get a better reception.” He grinned at George Martin and clipped his radio onto his belt, turning the sound dial down.

After a brief soundcheck, The Beatles started playing. Brian looked down to the street below and saw the crowd had built up considerably, as workers on their lunch break began to converge on the building. Brian knew it would only be a matter of time before his colleagues gained entry. In fact, he had listened with great enthusiasm to five songs before the first of the officers barged their way onto the roof. Turning to George Martin, Brian asked, “How much time do you need?”

Martin smiled and replied, “We’re almost through. Thanks for your support. About ten minutes should do it.”

Brian pushed his way to a burly sergeant and said, “I’ve told them to wind it up, Sarge. Just a few more minutes.” The sergeant glared at him but said nothing. The Beatles were playing a third take of ‘Get Back’ and Paul, seeing that their time was up, cheekily changed the lyrics – “You’ve been playing on the roof again, and you know your Momma doesn’t like it, she’s gonna have you arrested.”

At the end of the song, John cheekily said, “I’d like to say thank you on behalf of the group and ourselves and I hope we’ve passed the audition.”

Brian turned to George Martin who thanked him and shook his hand.

“What will the album be called?” Brian asked.

Brian filed downstairs behind the line of policemen. He would stick to his story that he had negotiated a swift end to the impromptu gig. It was a memory that he would carry forward – much more than another drinking-out story – it was a sense that he had been part of something special that somehow crowned the swinging sixties, and that he was one of the very few privileged people to witness it. That it was to be The Beatles’ last ever performance made it more of a poignant landmark in his London life. It left him with a sense of belonging; a sense of pride; a sense of location on the continuum of history. 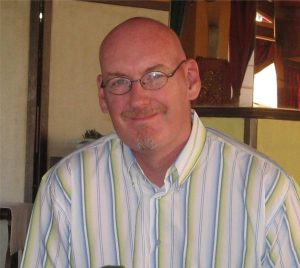 Tim is an independent author and former journalist based near Windsor in Berkshire, UK.

Born in Hong Kong, he grew up in Liverpool and studied in South Wales, before gravitating to London where he working in newspaper publishing for ten years. In the mid-90s he went to Zambia in Africa to do publishing-related voluntary work. Following this, he stayed on and set up his own publishing and marketing business, before returning to the UK in 2009.

The River Thames was the inspiration for his first book, an anthology of short stories Thames Valley Tales published in July 2015. This collection of fifteen contemporary stories combines modern themes with the rich history and legend associated with towns and places along the Thames Valley.

In 2016 he published his first novel, a near-future/dystopian thriller Devil Gate Dawn and is currently writing an historical fiction series, A Light in the Dark Ages. The first two parts, Abandoned! (a novella) and Ambrosius: Last of the Romans (a novel) are now available from Amazon in e-book and paperback formats. Part Three, Uther’s Destiny, should follow in early 2018.

In January 2017 he published a children’s book, co-written with his 12-year-old daughter Cathy, called The Adventures of Charly Holmes in e-book format. The paperback was published by Xlibris Publishers in February 2017. In September 2017 he published his second collection of short stories, Postcards from London.

Ambrosius: Last of the Romans: http://myBook.to/Ambrosius

The Adventures of Charly Holmes: http://myBook.to/CharlyHolmes1

Many thanks to Tim for such a great story. Wishing you much success with your new book.

Guest post by Jon Hartless: How not to start a novel