Here we are again. Thursday has dawned, and there are some wonderful new opening lines to read.

This week Jan Ellis, friend, fellow RNA member and contemporary fiction author, is with me to share the very beginning of her novel, An Unexpected Affair.

The 500 words I’ve chosen for you come from An Unexpected Affair, which began life as an e-novella back in 2013. When it came out, I was intrigued by the reactions I got from friends: these ranged from jaws dropping in disbelief to barely suppressed hilarity. This is not because I can’t write – I write and edit other stuff for a living – it was more the thought of a cynical old bag like me writing romcom that set them off.

I never intended to write fiction (you can find out more here https://jennykane.co.uk//?s=jan+ell) but once I sat down and thought about the settings and the basic plot, I was amazed by how quickly ideas flowed. As soon as my bookselling heroine Eleanor Mace appeared, the personalities of her mother Connie, sister Jenna and other family and friends followed on quite naturally.

Later I wrote A Summer of Surprise because I wanted to know what had happened to Eleanor and the other characters in the seaside town of Combemouth. The e-books no longer exist, but you can read both stories in one lovely paperback. I hope you enjoy the extract and decide to read on… 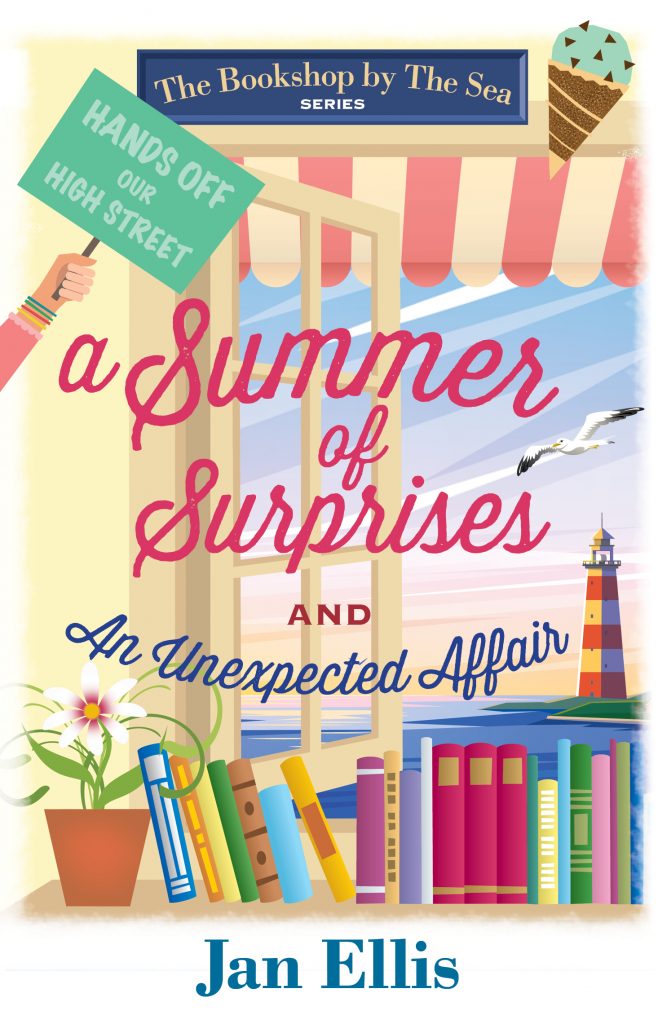 SHE CAREFULLY SLIPPED THE BLADE of the knife under the tape and cut. Peeling back the flaps, she lowered her face to the contents and inhaled deeply. Erika, her assistant, smiled conspiratorially.

“You’ve gone over to the dark side. You’re definitely one of us now.”

“You’re right,” said Eleanor as she lifted the pile of paperbacks from the box, sniffed them and set them on the counter. “My name is Eleanor Mace and I am addicted to books.”

It was three years since Eleanor had bought the bookshop. Three years since she’d left her boring office job and caused her friends’ collective jaws to drop by announcing that she was leaving London and moving to Devon. She might as well have said she’d got a new career as a yak herder for the consternation this had caused. They clearly thought she was deranged, though only her sister Jenna had told her so to her face.

“Just because you’re divorced from Alan doesn’t mean you have to lock yourself away from the world.”

“Jen, I’m moving to the English countryside, not entering a convent.”

“I can see it now,” said Jenna, ignoring her. “In six months’ time you’ll have stopped shaving your legs, embraced tweed and discovered jam-making.”

“Now you’re being silly,” said Eleanor, thinking that it had already been some time since her pins had seen a Gillette disposable. “It’s not the end of the earth, Jen. There’s a train station and you and Keith can come and stay any time you wish.”

“I’d rather come on my own,” said Jenna, wrinkling her nose as she tipped the last of the Chardonnay into Eleanor’s glass. “You finish it. They probably don’t run to white wine where you’re heading. And what on earth will you do down there?”

That had been easy to answer: with the money from her divorce Eleanor could afford to buy a slightly crumbly bookshop with an adjoining cottage in a small, unfashionable seaside town. It had been a huge leap and scary at times, but running the shop made her happy, and her enthusiasm for what she sold and her knowledge about the books and their authors was undoubtedly behind the small success she had managed to build for herself. She’d made sure the shop was a welcoming place with comfy sofas to sit on and coffee and homemade biscuits on offer. With help from her son Joe, she had built a kind of den at the back of the shop where children could read, and there was always an eclectic selection of new and second-hand books to browse through. 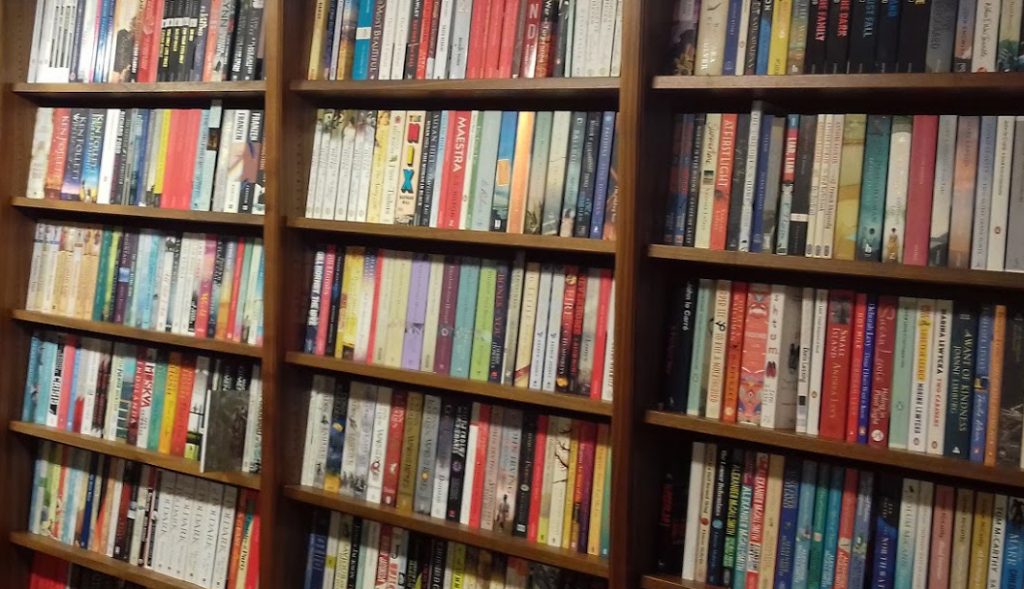 “Don’t forget you’ve got that house clearance to go to this afternoon,” said Erika, bearing coffee and biscuits.

“Nope, it’s in the diary,” said Eleanor, eyeing up a chocolate cookie. “Do you think you can control the rampaging hordes for an hour or two while I’m over there?” she asked, looking at her watch.

Those 500 words were taken from A Summer of Surprises and An Unexpected Affair, available from all good bookshops as well as online via https://goo.gl/cZUFmR

After her divorce, Eleanor Mace decides to begin a new life running a quirky bookshop in a quiet corner of Devon. She adores her seaside home in Combemouth and her bookshop is a hit and yet … Eleanor is still unsettled. So when she rediscovers an old flame online, she sets off for the South of France in search a man she last saw in her twenties. But will she find happiness on the Continent or does it lie in rural England?

A Summer of Surprises

In this enjoyable and eventful sequel to An Unexpected Affair, Eleanor Mace is finding life sweet and rosy in her Devon bookshop, but unexpected clouds on the horizon in the form of an ex-wife and a town-planning monstrosity are about to bring our charismatic bookseller a summer of surprises. 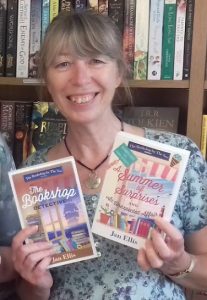 Jan Ellis began writing fiction by accident in 2013. Until then, she had led a blameless life as a publisher, editor and historian of early modern Spain. In 2017, her four e-novellas were published in paperback by Waverley Books who also commissioned a brand-new title, The Bookshop Detective.

Jan describes her books as romcom/mystery with the emphasis firmly on family, friendship and humour. She specialises in small-town settings, with realistic characters who range in age from young teens to 80-somethings.

As well as being an author, Jan continues to work at the heart of the book trade. Jan Ellis is a nom-de-plume.

Instagram (even if I don’t know how it works…)

Don’t forget to come back next week to read what Roger Price has to offer.