It’s Thursday! That means it’s time for some ‘Opening Lines.’ This week Kitty Wilson is providing a dose of Cornish sunshine at

Thank you, Jenny, for welcoming me to your blog. I wanted to share the first five hundred words of the first book in my Cornish Village School series, Breaking the Rules – because why not start at the start?

The Cornish Village School is a series of light-hearted romantic comedies based around a small primary school in the fictional coastal village of Penmenna. The first book, as featured here, tells the story of Rosy Winter, the headteacher who is faced with a fight to save her school from closure at the same time as she is trying to avoid her new twinkly-eyed neighbour, Matt. I do hope you enjoy it!

Blurb – Rosy Winter is definitely not looking for love

Following heartbreak, Rosy has rebuilt her life in the beautiful Cornish village of Penmenna.  Now, headmistress of the local school, she is living by The Rule: no dating anyone in the village. Easy right? But Rosy Winter has a new neighbour, handsome gardener Matt.

In Penmenna for his new gardening TV show, this guy next door will do everything he can to persuade her to break her rule and win her heart. Meanwhile, Penmenna Village School is threatened with closure and it’s up to Rosy to rally the local community to #SaveOurSchool. Can she bring her worlds together and accept help from the most unlikely of sources? One thing’s for sure… she won’t be giving up without a fight.

This heartwarming romance is perfect for fans of Tilly Tennant, Holly Martin and A. L. Michael. 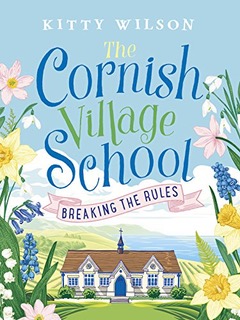 Rosy jumped into her car and sped through the village as quickly as she could without knocking over small children, trying to maintain as professional a look as possible in case she was seen. Headteachers were not allowed to scowl in public, and vehicular manslaughter was obviously a no-no. She whizzed past the last stragglers from school and the thirteenth-century church on the corner, its Grade One listing and historical importance ignored by the teenagers getting off the secondary school bus and sneaking into the graveyard to have one last cigarette before reaching home.

The rows of cottages all jumbled together and daubed with the pastel colours of sage green, baby pink and ice-cream yellow – colours of Cornwall in the summer – receded into the distance as she passed the central hub of the village. The local shop, recently revamped, was now a pale slate grey and stocked with halloumi, hummus and miso paste, a nod to the gentrification of the village as Cornwall had become fashionable again and property prices had shot through the roof. It was at complete odds with its tatty neighbour, the butcher’s, which hadn’t been repainted since the nineties and had a window chock-full of community posters, yellowing and curled at the edges, inviting residents to events long since passed.

She careered past the pub and then the beach, heaving in the summer months but empty at this time of year, and the ice-cream shop, boarded up until Easter when hordes of barefooted families would suddenly appear, snaking all the way back to the sands.

Nearly home and with minutes to spare, she just had to get past the final row of fishermen’s cottages and she could pull up in her driveway and grab the one book she had forgotten this morning.

Her cottage came into sight, the late winter sun bouncing off the granite, lending warmth and making the quartz deep in the stone sparkle. The exposed walls were different from many homes in the village, most of which were prettily painted and as fresh as gin and tonic as the sun sets. Rosy’s cottage was more of a well-loved local ale, one with bits bobbing in it. Its neighbour was the same, both boldly joined together in their rebellion.

As she turned into her drive, Rosy caught sight of the higgledy-piggledyness of the roof, all uneven tiling and indents, and the stunted, windblown cherry tree in the front that exuded character and never, ever failed to make her smile. She had spent many hours wondering how the tree had become windblown, protected as it was by walls all around the front garden. There was just a little space that had been taken out to make way for a drive, and a small gate embedded in the front with its promise of a secret garden.

For her the cottage summed up Cornwall; sometimes wild and grim and grey but, in the right light, welcoming, quirky and warm. The cottage seemed honest, somehow, more in keeping… 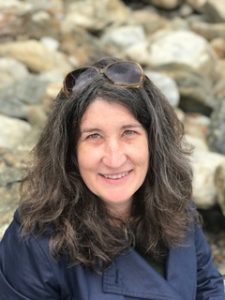 Bio – Kitty Wilson lived in Cornwall for twenty-five years having been dragged there, against her will, as a stroppy teen. She is now remarkably grateful to her parents for their foresight and wisdom – and that her own children aren’t as hideous. Recently she has moved to Bristol, but only for love and on the understanding that she and her partner will be returning to Cornwall to live very soon. She spends most of her time welded to the keyboard, dreaming of the beach or bombing back down the motorway for a quick visit! She has a penchant for very loud music, equally loud dresses and romantic heroines who speak their mind.

Many thanks for a great set of opening lines Kitty.