This week’s Opening Lines come from the pen of the multi-genre talented Jill Barry.

Love Thirty was published last year and appeals even to hard line non tennis fans. Below is a short extract from one review:

What a great book this was! I loved Georgia’s fiery character. I was a little bit cross with her initially for giving up her career to follow Nick but to be honest, he sounded so wonderful that I’d have followed him too!  He was kind, and sexy and was passionate about Georgia. Yup, I’d have definitely have followed him! 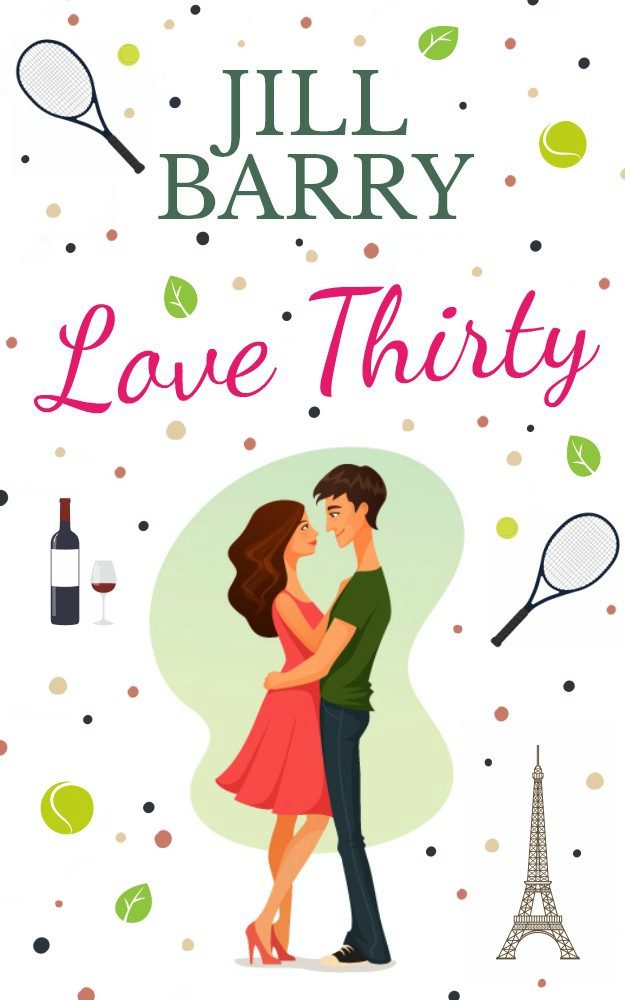 Jill’s novel grew from a short story which The Lady Magazine published a few years. The original Georgia is a journalist who goes on to achieve much more than she expects, but the novel has provided the chance to explore so many more characters, including a sexy French chef and of course, the tennis player Georgia meets when she interviews him for the local paper for which she writes.

With all the back and forth of a Wimbledon final, Love Thirty is a lively romance set among the gentle green of England and the delicious restaurants of Paris. If you enjoy having a cast list of fascinating characters, here’s just the read for you.

“What kept you?” Georgia frowned at Andy. “Much longer and I’d have had to catch King Gregory on my phone.”

“Have I ever let you down? Come on, Ms Lyle, I bet you only just arrived.” Andy Spiller and his crinkly-eyed smile had worked for Spire Journal forever.

She grinned. “You know me so well.”

The crowd chattered and fidgeted and played with their phones. Georgia shaded her eyes and saw motorcyclists in leathers, guarding the African monarch’s limo like mother hens. Across the road, a brass band struck up a ragged version of a familiar tune. Georgia supposed it must be the African state’s national anthem though it sounded like Errol Brown’s I Believe in Miracles. The band played ‘you sexy thing’, leaving Georgia hoping His Majesty possessed a sense of humour.

The limousine growled to a halt. Out jumped two men in black suits and shades, tweaking earpieces. A police officer opened the nearside rear door and King Gregory emerged, designer-crumpled, into the sunshine. His Majesty was eye candy. Georgia didn’t need her unique shorthand to record that.

“Is he the king, Mummy?” A flag-waving child pointed. “Where’s his crown?”

Mummy’s mouth was a big round O.

The centre’s manager, tall and glamorous in her clingy white dress and killer heels, curtseyed, displaying a perfect cleavage. The BBC cameraman homed in as if he’d scored a Wimbledon gig while Andy wiped his lens on his cuff.

Georgia stepped forward, feeling in her pocket for her press pass. Nothing. Blind panic, always there when you least needed it, glued her pistachio leather pumps to the pavement. “Come on, come on!” She delved deep into her bag, rifling through phone, wallet and diary. Lipstick. Driving licence. Passport. All these items vital in the unlikely event she was offered an interview with an A list celebrity.

No press pass. This mess was stickier than a chocolate éclair. She signalled to Andy that she needed him. Urgently.

The Snooty Fox wasn’t the nearest pub to the office but its bar was less likely to be propped up by the editor. After work, Andy and Georgia shared a packet of smoky bacon crisps and sipped cold lagers outside in the beer garden.

“It was my own stupid fault, Andy. No wonder Baz slapped my wrist. He’s only doing his job and I clearly wasn’t doing mine.”

Andy grunted. “You’re too charitable, Sugar Puff. The guy’s got it in for you.”

She didn’t respond, even though she sensed his resentment approaching High Doh.

“Anyway,” he said. “If there’d been a local cop in charge, you’d have walked it. That officer we spoke to? Talk about majoring in pomposity.”

Georgia pleated her empty crisp packet. “That nice woman police officer found me a good spot when I arrived. Just my luck she’d gone to sort out those kids swigging cider.”

Endeavour Media, are offering Love Thirty at a reduced price from 1st to 8th July – the first week of the Wimbledon Championships.

You can find out more about Love Thirty by following this link or visiting Jill’s website and clicking on Books. 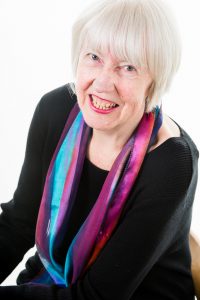 Jill Barry writes mainly romantic contemporary and historical fiction though her next full-length work is a psychological suspense novel set in mid Wales. She has worked in a variety of jobs since leaving secretarial college, and enjoys drawing on some of her experiences when plotting her novels. She is proud and slightly bemused to have been well-published by Accent Xcite as well as The People’s Friend, for whom she has written eleven novellas. Jill Barry Linford Romances can be found in public libraries and so far, she has twelve on the shelves, with another two being published in 2020.

Many thanks for sharing your fabulous opener with us Jill – even as a long time tennis avoider, I’m keen to have a read!