This week I’m delighted to welcome my friend and fellow author, P J Reed with the first 500 words from her brand new release,

I would like to thank Jenny Kane for inviting me onto her wonderful blog to write about my new novel ‘Welcome To Witherleigh.’

I am P.J. Reed, a multi-genre writer, from Devon. My background is in history and archaeology research which I like to use to add authentic flavours to my writing.  I have written several short horror stories, six poetry  collections, and one high fantasy novel. Most of my work is set in Devon, Exmoor, and Dartmoor and explores the darker side of country living. Welcome To Witherleigh is based on the little village of Witheridge, set on the outskirts of Exmoor. If you visit Witheridge after reading this book, you might even recognise some of the buildings described within its pages.

This book concerns a young man, Richard Radcliffe who has left the stresses of London under in order to start a new life for himself in Devon. He finds work as a church appointed playleader and looks forward to the local villagers and living life at a gentler pace. Unfortunately, as soon as he arrives in Witherleigh,he realises that something is very wrong with the village as he is pulled into an alley and warned that he will be next. He then sets out to solve the riddle of the village and to find out why the ghosts of Witherleigh still walk the streets.

This book is a paranormal, murder mystery with a dark vein of humour running through it.

The story appeared to me when one day Richard Radcliffe walked into my walk, sat down next to me, and told me about his adventures in Witherleigh. 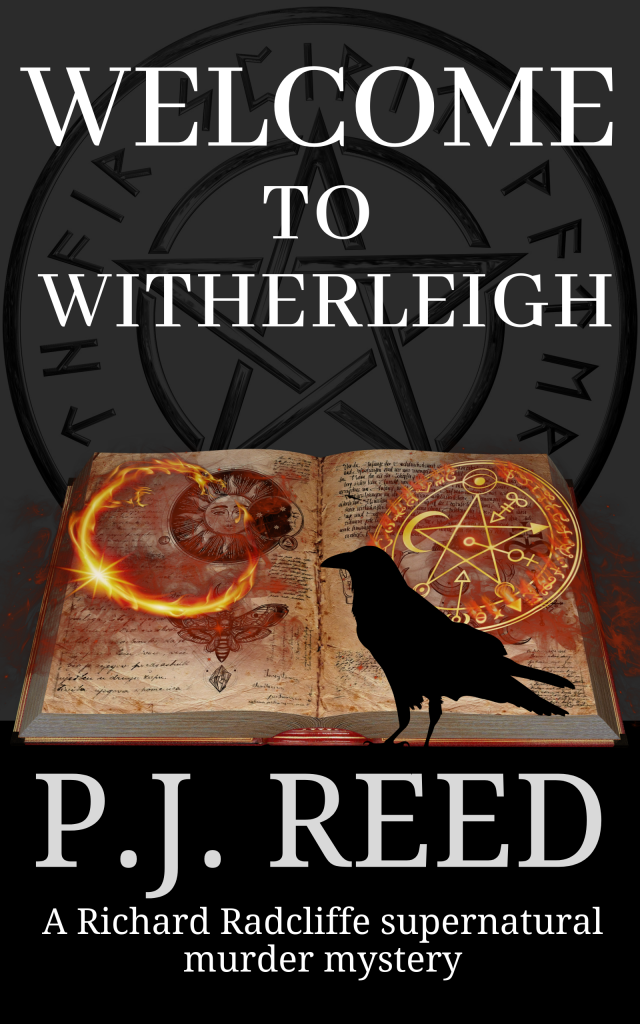 First 500 words of Welcome To Witherleigh –

The car jolted unhappily through the mud-splattered lane. At least he hoped it was mud. Black and white cows peered knowingly at him through breaks in the overgrown hedge. That’s the last time I clean you until we get safely back to London, Richard thought grimly as he slowed to avoid a pair of suicidal pheasants. One stood in the road, frozen in fear, the other ran and disappeared into the hedgerows. He stopped the car and let the pheasant cross safely to rejoin its companion. He saluted the bird and watched as it ran into the lines of gnarled trees which flanked each side of the narrow road. The trees stooped over each side of the road. Their branches joined together above the middle of the lane, like skeletal brown arms twisting into each other, blocking out the late autumn sun. Richard stared at the crowding trees. There were melted faces in the lines of the bark. He shivered as a feeling of panic surged through his body.

Richard gripped the steering wheel. His knuckles whitened as electrical pulses ran up and down his spine. He swallowed and pinged the rubber band around his wrist. The sharp pain broke through his thoughts. The trees straightened, and their faces became lost in the creases of the bark. He twanged the band again. Important things had to be performed twice. Then he restarted the car and drove carefully past the sullen trees.

He had to be at the Witherleigh Day Centre by two o’clock. The ladies of the Anglican ministry were putting on a special cream tea and he could not be late.

The cluttered trees gave way to the rugged open fields of the North Devon wildlands. Undulating fields of dark green, broken by rows of hedges and the occasional windswept tree; dejected and alone amid a sea of grass.  This was a harsh land. Richard felt as if every mile nearer Witherleigh dragged him further backwards in time. He pinged the rubber band around the wrist twice. The change to a simpler life will be good.

‘It’s just what I needed,’ he whispered to himself.

He drove past a long wooden farm fence. A buzzard perched on a fence post sat so still it looked like a wooden carving. The bird flew away disturbed. Richard half-smiled.  He had never seen a bird of prey in flight and was captivated by the effortless majesty of its wings slow movement as it soared into the steel grey sky.

A four-wheel drive beeped loudly. Richard swerved back to his side of the lane, the old cars wheels squelching to a halt in the mud which ran in gulley’s along the side of the road. He let out a deep breath and waved an apology at the red-faced driver who shouted something inaudible as the Range Rover roared past him.

The little white pills were not good for his concentration levels. He shook his head. Perhaps down here he could be rid of them…

Welcome To Witherleigh is available to download from kindle on… 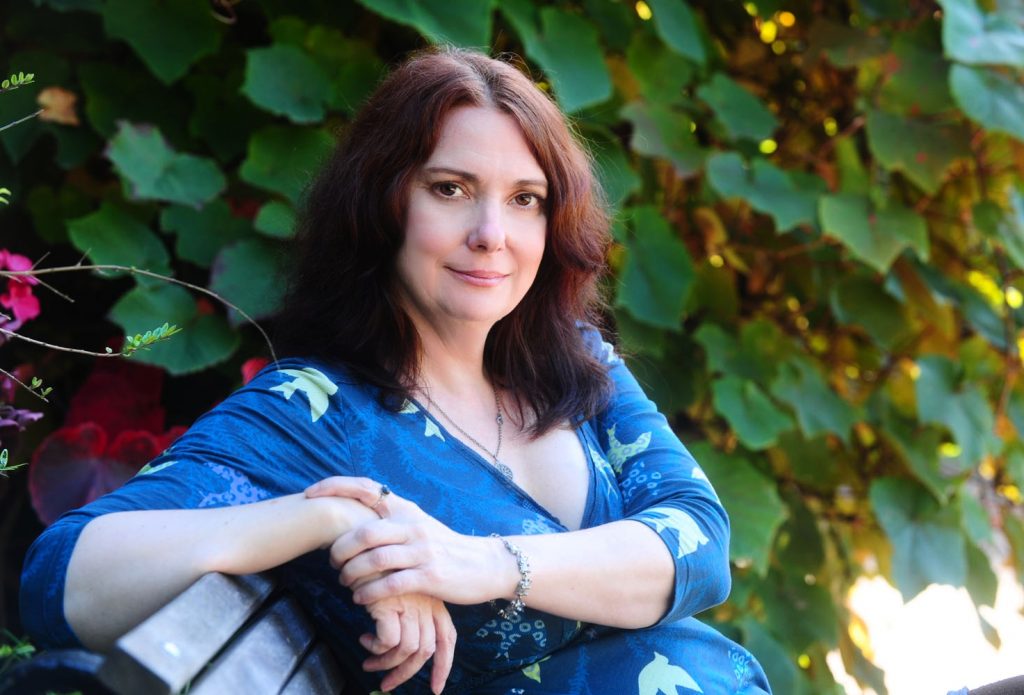 She is an outrageously eclectic writer. Reed lives in Devon with her two daughters, a rescue dog, and one feral cat called Sammy.

Many thanks for sharing your opening lines with us today, Pam.