Four strangers are brought together who share one thing in common: they’ve reached a pivotal moment in their lives and after this journey nothing will ever be the same again. From the sorrow which follows joy, the love which turns to betrayal, rejection which finally finds the door to acceptance, each will discover that the only journey which really matters is the one which leads to survival. 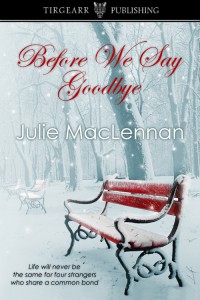 The young woman at the end of the phone screamed in fury as Damien Hunt calmly rose from his desk and walked towards the window.

The late afternoon sun was slipping silently below the horizon in a last brilliant blaze of crimson defiance. The irony was not lost on him as he witnessed the magnificent rays disappearing from sight at exactly the same moment as Stella Milner was doing her best to elicit a response – any response – from him.

‘Do you hear me? Are you even listening? What’s the matter with you?’

She was almost hysterical now, and he could tell that his continued refusal to answer her was only inflaming an already volatile situation. But not for the first time, he recognised it as his escape route and said nothing.

‘Damien? Damien! Will you answer me?’

The silence on the line was deafening and Damien could hear her start to cry.

He closed his eyes. There was a part of him which felt guilty, responsible for the situation in which they now found themselves. But only a part of him.

Mostly what he felt was a dreadful and overwhelming weariness.

It was a feeling which was unfamiliar and yet it had crept up on him lately, invading his thoughts during random moments and making him doubt everything. Including himself.

And now it was telling him that there was no point in prolonging this conversation.

He let the phone fall to his side as Stella continued to rage against him.

They both knew that she was right. She wanted only what she deserved. There was only one problem.

He couldn’t give it to her.

Couldn’t give her the commitment and the stability that she hadn’t cared about in the beginning but now seemed to crave. He couldn’t give it, and more importantly he didn’t want to give it. Not to her. Not to anyone. Not ever.

Her voice became louder and he reluctantly raised the phone to his ear again.

‘Can’t you even speak to me now, Damien? What do you think I am? Some little tramp? A one night stand? You really think that you’re better than me, don’t you, Damien?’

When she spoke again, her voice was lower and she sounded more in control.

‘Okay, if you won’t speak to me on the phone, you leave me no choice. We’ll just have to have this conversation in front of everyone in your office. I’m coming round.’ 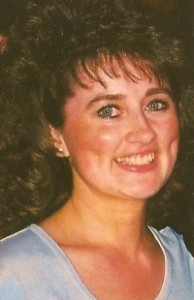 Julie MacLennan lives and works in Inverness in the Highlands of Scotland.

This is her first published novel although she has been writing for as long as she can remember.

Some of her earliest memories are of sitting by her grandfather’s chair and being fascinated by the books he read. Later, encouraged by her grandmother’s gift for writing and her mother’s imagination, she began to transfer her own short stories and poetry to paper.

Her shared love of football with her father inspired her to write the poem “Farewell, Our Friend” which was read out and televised around the world at George Best’s funeral in late 2005.

More recently, she was honoured to be asked by the Royal British Legion if they could use another of her poems, “The Promise”, as part of their commemoration of the First World War.

She is now working on her second novel.