Last week I was lucky enough to go to the Exeter Writer and Blogger Meet Up, organised by the lovely Kim Nash and Holly Martin. It was a relaxed affair, with the only request made of us being that we wore name badges. I decided, in the interests of simplicity, just to use two of my many names- more for my sanity than anything else! 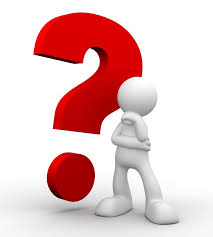 It was so busy – really wonderful! However, I had an attack of shy syndrome, and so I sat and chatted to many of the folk I’d met before- despite telling myself I must be brave and mingle!

This situation was not destined to remain however…

Letting my inner Kay Jaybee take over, I coaxed the lads outside, where I took lots of photos for them – of them I hasten to add- and was about to make my way off when one of them produced a Sharpie…A little clothing signing later and I bid them a fond farewell and returned to the writer throng.

It was at that moment when a lady – who I regretfully didn’t catch the name of- turned to me and uttered the immortal words ‘Who the hell are you?!’

And so…maybe it’s time for a recap… 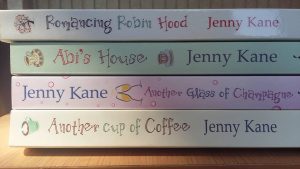 Jenny Kane also writes children’s picture books of the very quirky variety. There is no coffee on offer, but cookies are involved by way of compensation. 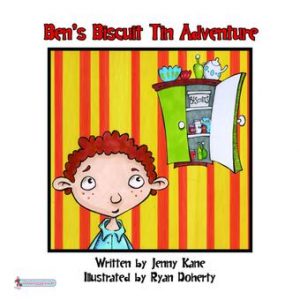 Jennifer Ash writes fourteenth century medieval mysteries– also with a hint of romance, but with no coffee whatsoever. There is ale though – lots of ale. 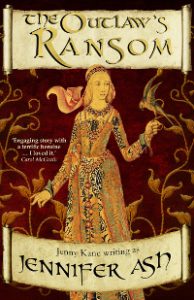 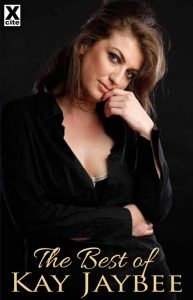 There is another ‘ME’, but that name is not shared…ever…

And then of course, there is me. The actual me, who looks remarkably like Jenny and Jennifer and Kay. I can’t tell you that much about her except she works 12-14 hour shifts as a writer every day, and goes to work, and runs a house, and has a family (pretty much like every other writer I know). She often has moments of total forgetfulness, is very clumsy, drinks WAY too much coffee, loves Malteasers, and is rather keen on all things Robin Hood…Oh, and she is generally a very happy person.

After the stag do incident I became much braver, and I spoke to some wonderful people in Exeter- although not as many as I’d have liked to as time ran out on me. Maybe next time.