Have you got that special reader in your life a Valentine’s gift yet? No? Well, don’t panic!! Here are a few book ideas to help out. 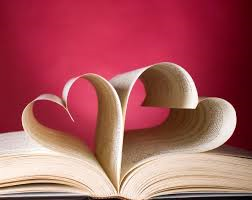 All of these Rom Com’s have enough romance to hit the required ‘Romantic Gesture’ button- but are satisfyingly short of being twee or sickly sweet!

Newly widowed and barely thirty, Abi Carter is desperate to escape the Stepford Wives lifestyle that Luke, her late husband, had been so keen for her to live. Abi decides to fulfil a lifelong dream. As a child on holiday in a Cornwall she fell in love with a cottage – the prophetically named Abbey’s House. Now she is going to see if she can find the place again, relive the happy memories …maybe even buy a place of her own nearby?
On impulse Abi sets off to Cornwall, where a chance meeting in a village pub brings new friends Beth and Max into her life. Beth, like Abi, has a life-changing decision to make. Max, Beth’s best mate, soon helps Abi track down the house of her dreams …but things aren’t quite that simple.
There’s the complicated life Abi left behind, including her late husband’s brother, Simon – a man with more than friendship on his mind … Will Abi’s house remain a dream, or will the bricks and mortar become a reality?
Amazon.com –  http://www.amazon.com/Abis-House-Jenny-Kane/dp/1783753285/ref=sr_1_1?s=books&ie=UTF8&qid=1426711253&sr=1-1&keywords=Abi%27s+House+Jenny+Kane
Amazon UK-  http://www.amazon.co.uk/Abis-House-Jenny-Kane/dp/1783753285/ref=sr_1_1?s=books&ie=UTF8&qid=1426711343&sr=1-1&keywords=Abi%27s+House+Jenny+Kane
Romancing Robin Hood

Amazon UK- http://www.amazon.co.uk/Romancing-Robin-Hood-Jenny-Kane-ebook/dp/B00M4838S2/ref=tmm_kin_swatch_0?_encoding=UTF8&qid=1407428558&sr=8-1
Hope this has given you a few ideas.
Happy almost Valentine’s Day!!
Jenny x
PS- sorry for the awful spacing of this blog- WordPress is not playing nicely today! x