Let’s get the low down on Miss Amy Crane…

Employment– was a business growth advisor in Scotland, before leaving her job in search of a new life in England.

The poorly-wrapped parcel broke open as her fingers fumbled at the sticky tape, and a music cassette slipped into her hands. The cover was unmarked, just as it had been when he’d taken it from her. Amy stared, disbelieving, the blood draining from her already pale face… 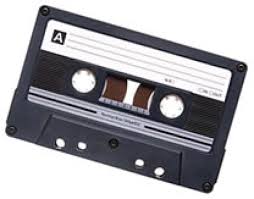 Fifteen years ago Amy Crane was a shy but happy-go-lucky archaeology student.

Thirteen years ago Amy ran away. 600 miles away. From England to Scotland.

Now, spurred on by an unexpected arrival in the post, Amy realises she doesn’t want to hide any more.

Fed up with her job, missing her university friends, and disappointed in her own feeble behaviour, Amy finds the courage to face the ghost of her past and forge a future.

Armed with her mantra, New Life, new job, new home- which she repeats to herself over and over again, Amy Crane leaves her job, leaves her rented flat, and with more courage than she’s shown in years, heads south…