The Seven Ages of Writing

I’m delighted to be joined by fellow writer and historian, Janet Few today. Take a seat and enjoy this excellent blog about a life in writing.

Over to you Janet…

Early in 2016 I entered my seventh decade. Throughout all those years, words have skittered, swirling and whirling, dervish-like through my brain. Sometimes, they have made it from brain to paper, or, more recently, keyboard. Each of those seven decades has seen me embark on a new phase of writing. As a small child, I crafted Blytonesque adventure stories, populated with improbable numbers of characters and involving tortuous plots that were rarely resolved. My very early education was in an old-fashioned private school which encouraged ‘compositions’ scribed with a quaint, Victorian turns of phrase. I find stealthy reflections of this technique creeping into my writing still.

My teenaged years were characterised by angst-ridden prose, leavened with a smattering of blank verse. It is probably just as well that most of this never emerged from my graffiti- emblazoned notebooks. One ability that I did acquire as a school-girl was the facility for writing in very different styles. We had two English teachers. One was the archetypal ‘school marm’; bespectacled, with chunky ankles encased in lisle stockings and a bun scraped back from a moon-shaped face. Essays for Miss P*** were full of verbose language that verged on the Shakespearian and convoluted sentences in the dreaded passive voice. Her colleague was daringly modern. Miss S***, it transpired, even lived with her boyfriend. This was the early 1970s; we never did know how she slipped through the interviewing net of our ultra-conservative school. Work for her demanded snappy phrases and a contemporary vocabulary. 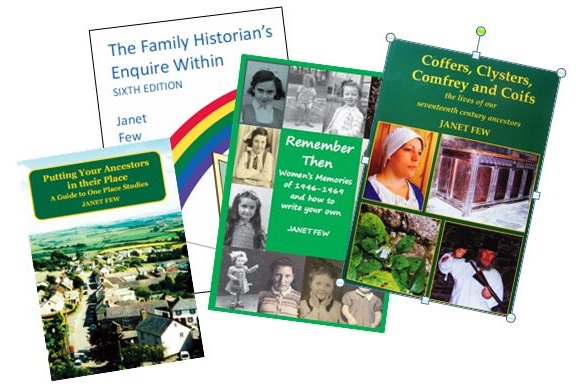 As a student, my output was circumscribed. Academic essays meant that fiction writing was consigned to a forgotten corner of my life. In pre-computer days, writing techniques were so very different. Cutting and pasting involved, quite literally, hacking pieces of paper into strips, arranging them in a suitable order and praying that no one created a draught before you had laboriously copied them out in the desired sequence. In my fourth decade, my life was filled with nappies, building-blocks and modelling clay; I barely had time to write a shopping list. Although I wrote little at this time, my writing garnered a new dimension. My husband died suddenly. He had worked away from home and we had exchanged lengthy letters. Unlike me, he had a dry and pithy, darkly humorous style. After his death I found that, unintentionally and by osmosis, this had, on occasions, become grafted on to my own.

Children grown and it was ‘me time’. So, in my forties, I embarked upon a PhD. As I hewed an 80,000 word thesis from the stony gleanings of my research, I sometimes doubted the wisdom of this endeavour. Magnum opus submitted, I went on a well deserved overseas trip. Strangely, as part of the re-acclimatisation process, I found myself unable to stop writing. This led to the first of a series of lengthy travel diaries, the later ones of which appear on my blog.

It is only comparatively recently that I have become a published author and my output is non-fiction evidence of both my academic leanings and a life long obsession with the past. I believe good history is for everyone. As The History Interpreter, I aim to bring history alive in a variety of ways. I am passionate about encouraging young people to become interested in the past, especially through living history or family history. I therefore shared many of my ideas in the booklet Harnessing the Facebook  Generation:  ideas for involving young people in family history and heritage. I spend part of my time as my alter ego, Mistress Agnes, living in the sixteenth and seventeenth centuries, managing the Swords and Spindles team of historical interpreters. My social history book Coffers, Clysters, Comfrey and Coifs: the lives of our seventeenth century ancestors, emerged out of this experience.

I enjoy dissecting small, rural communities and trying to understand how they functioned in the past; a branch of research that is known as a One-Place Study. I have written a guide to that peculiar blend of local and family history: Putting Your Ancestors in their Place. I also research my own family history, with an emphasis on putting the lives of my ancestors into a wider context. I am responsible for the latest edition of the classic family history handbook Family Historian’s Enquire Within. I am particularly interested in the role of women in the past. When I was writing Coffers, Clysters, I regretted that I did not know more about the lives of the ordinary women of the time and that I could not ask them questions. I thought that perhaps now was the time to capture the period 1946-1969, whilst there were still first hand accounts to work with. I recruited eighty lovely ladies and helped them to recall their memories of this pivotal period. These have been merged together in Remember Then: women’s memories of 1946-1969 and how to write your own.

Realistically, the change of direction that my writing has taken since my ‘big’ birthday earlier this year can scarcely be called a ‘mid-life’ crisis but it is certainly a watershed. I have been persuaded, after over forty years, to return to fiction writing. Unsurprisingly, the novel that I a working on does have an historical slant. It is based on the true story of a mother accused of killing her child and it unravels the psychological twists to characters who struggle with surprisingly modern anxieties. I do hope that it won’t take me the whole of my seventh decade to finish. My self-imposed deadline for publication is November 2018, which will be the centenary of the death of my heroine. Who knows what my eighth decade will bring? 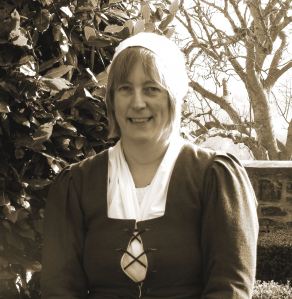 Janet’s website is The History Interpreter: resenting and preserving the past. She can be followed on Twitter @janetfew but beware, she has no idea where she is going.

Wonderful blog! Thanks you Janet.