Today I’m delighted to welcome Colette McCormick to my place for a cuppa and a chat.

Why not put your feet up for five minutes and join us? There’s cake… 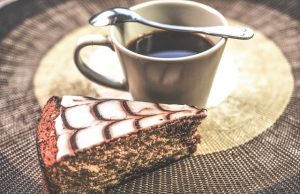 Welcome Colette! Let me start by asking what inspired you to write An Uncomplicated Man?

The song ‘Danny Boy.’ I was on dialysis one night, just sitting there waiting for the four hours to be up when I started to think about my dad. ‘Danny Boy’ or ‘The Londonderry Air’ to give it its correct title, was his favourite song and that popped in there too. I thought that ‘Danny Boy,’ would make a great title and I started to throw a few ideas around in my head. The story that I came up with didn’t really work out and over time, developed into An Uncomplicated Man though if I’m honest I sometimes wish that we’d kept the original title.

I think that I probably pinch little bits from lots of people but I doubt that anyone would recognize themselves. If my mother had lived long enough, she might have seen pieces of herself in the obsessively house-proud mother in Ribbons in Her Hair, who made the best mashed potato in the world. She was guilty as charged on both fronts. 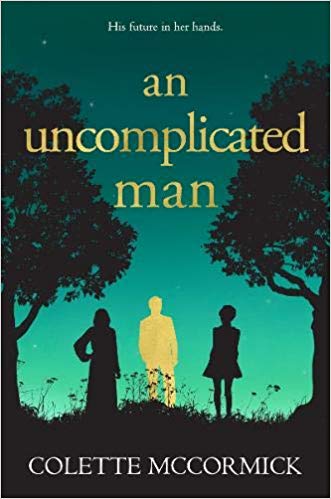 I had to read about bank interest rates in 1957 and the Suez crisis but I mainly just had to get a feel for the era.

All of my books have been written in the first person and the last three from dual perspectives so that the reader gets both sides of the story. I like the first person because it allows me to get into the characters head and tell things through their eyes.

I generally know where I want to go with a story but I let the characters take me there. There was one point in my first book, Things I Should Have said and Done, where I actually thought, ‘Oh, I didn’t see that coming.’

It’s very relaxed I’m afraid. I work full time so that doesn’t leave a lot of time. I’ll do big chunks of writing on my days off, maybe three or four hours but the rest of the week it might just be an hour in the evening. I try to write at least something every day because I need the routine of it. I have to give myself a deadline because I find that helps to focus my mind.

This book is totally alien to me inasmuch as it’s set before I was born so I have no experience of the time. Lucy is a completely different character for me too and while I’d probably hate her if I met her in real life, I enjoyed writing her.

Great question. If I couldn’t take my husband and two sons, the first person I’d want to be on the island with me would be Bear Grylls because he’d make sure that we survived. He’d be great when it came to building camps and finding things to eat. I would also want to have Anne Frank there because she’d be safe with us. Obviously, I knew her story before I read her diary but the way it ended broke me. I sobbed for ages and I still can’t get it out of my mind. The third person I’d like to share my desert island with is Sherlock Holmes. For me, he is one of the most complex and enigmatic characters ever created and I would love to try and understand how his mind worked.

I’d like to thank you for inviting me to spend time here. It’s been a lot of fun.

You are very welcome- thanks for coming along today.

Here’s the blurb to An Uncomplicated Man

An emotional, uplifting story about one man split between two lives… Perfect for fans of Amanda Prowse.

What if the man in your life isn’t who he says he is?

Daniel Laither is a mild-mannered and uncomplicated bank manager, but when his boss asks him for a favour, things begin to get tangled. Introduced to businessman Arthur Braithwaite, Daniel reluctantly agrees to a financial arrangement that will create an unbreakable link between them.

When Daniel meets Lucy, Braithwaite’s daughter, he becomes a man obsessed. From the steamy afternoons spent together in hotel rooms, to evenings out with Lucy in fancy restaurants, Daniel’s life moves a million miles from the one he’d had.

He finds himself lying to his friends, his colleagues and, most importantly, his wife. He borrows money from a loan shark to afford this double life, but when the debt demands to be paid, he contemplates stealing from the bank. When Lucy falls pregnant and Braithwaite insists upon a marriage, Daniel has to choose between his two lives…

Buy An Uncomplicated Man on Amazon 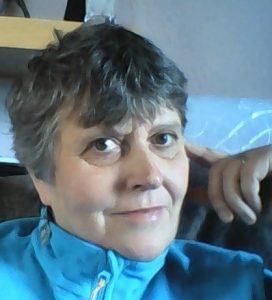