Today I’m delighted to welcome Mark Colenutt  co-author of The Last Treasure of Ancient England. You may be surprised to learn that M.J. Colewood is not one, but two authors: Mark Colenutt and Jacqueline Wood who joined forces to write this wonderful book. Today I am joined by Mark.

Why not make a cuppa and join us for a quick chat?

At the age of eleven I went to a remote Devon boarding school which was steeped in history and legend so that got the imagination flowing. Over the years it grew into the story that you can read in the novel.

There is only one character that was a real person at the school. Sadly, he has since passed on but his nephew has read the book and said that I did his uncle justice by depicting him in the humane way that we all admired about him.

I had to swot up on my medieval history and iron out finer points over the Battle of Hastings and the Norman invasion to ensure it was accurate according to the historic record. It was also fortunate to benefit from the very latest discovery of the site of the Anglo-Saxons’ last stand following Hastings in north Devon.

It is imperative to plot the story before sitting down to write in the case of this novel as it is a treasure hunt and mystery, several mysteries in fact, all wrapped up into one. It is therefore essential to pace the revealing of the mysteries and discovery of the various clues. If not, the storyline cannot function and the reader would not only get lost but not be given a fair chance of working out the solutions and guessing the mysteries. That said, once the writing commences the story comes to life and unexpected twists and turns present themselves, which are enthusiastically embraced and pressed into service for the greater good of the plot and characters.

As I hold down a full-time teaching job and an even fuller-time job looking after and a three-and-a-half-year old, basically my writing regime is whenever I can but predominantly in the early hours while all are asleep. So, I tend to rise around five or five thirty and get an hour and a half’s writing done and at the weekend that extends to a couple of hours on Saturday and Sunday mornings. It’s not ideal but it’s that or nothing and I don’t want the writing to inhibit family life during the waking hours. 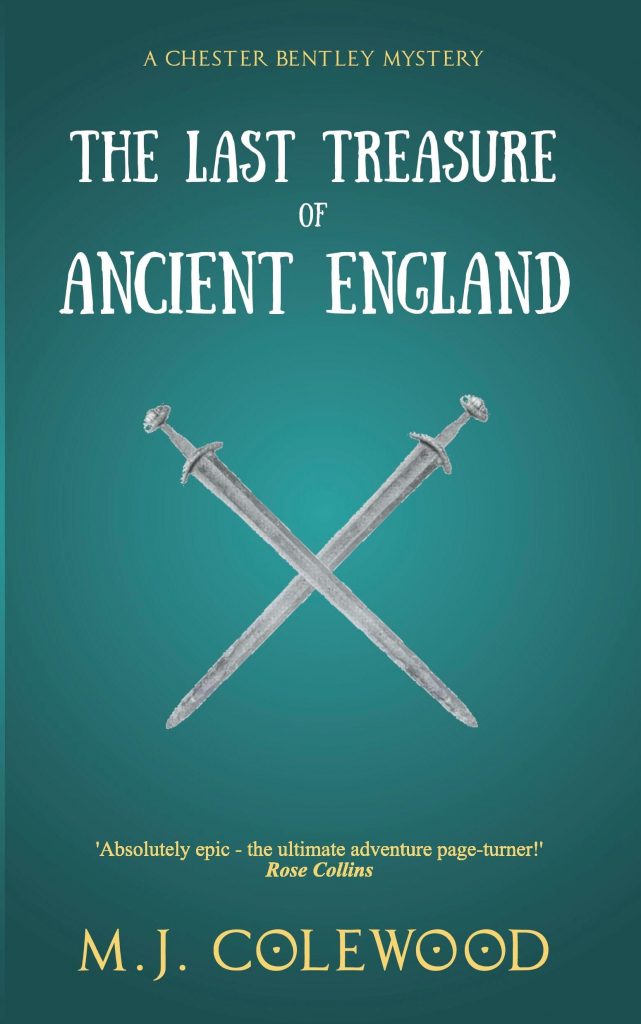 The fact that it is a real treasure hunt filled with clues, riddles, symbols and adventure that really does end in a revelation worth discovering. Few treasure hunts bring that to life and so that was the missive with this novel. If you have read a book or watched a film about a treasure hunt and were disappointed that the hunt was lackluster and the treasure not worth waiting for, then that is not the case in the Last Treasure of Ancient England. It is not only what excites me the most but also the novel’s greatest achievement.

For debate Christopher Hitchens, for companionship my daughter and for survival Bear Grylls. In the case of my last choice, there’s no point Einstein or Billy Connolly coming along to keep me company if I can’t even make a fire or shelter.

The novel does in fact transcend generations. The older reader will be returned to their youth and enjoy not only the quick-paced storyline but also writing that immerses them in the past, in several pasts, teaching them what they were never told at school about the Norman invasion of England. For the younger reader it will capture their imagination as they are thrown onto the front lines at the Battle of Hastings and then later find themselves in the wilds of Devon hunting down the last treasure of ancient England, shadowed by dark forces. One reader has called it ‘the Da Vinci code in Devon’ and I can settle for that briefest of epithets, although the writing is of a higher standard, believe me. 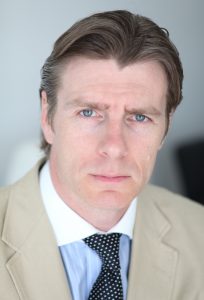 Born in Plymouth, Devon, I was educated at Blundell’s School and then at St. Mary’s College, Strawberry Hill, London. Upon completing my degree, I took off to Malaysia and New Zealand before returning one last time to the UK capital before I boarded the plane that would eventually carry me to my adopted homeland of Spain.

After a year and a half in the Spanish capital, I decided it was time to leave and seek colour and adventure in the Andalusian south. I settled in Seville, which had been a place that had fascinated me from a very young age and I was not disappointed. Eleven years later and it was time to move on again, this time the north of Spain.

By this time, I had completed two books and was engaged in a third, imagining a fourth and wishfully thinking of a fifth.

At present I live and work in Girona, a pleasant, laidback green part of the country which is ideally sandwiched between the Pyrenees, France, Barcelona and the Mediterranean.

Not surprisingly, I have produced a collection of books on Spain over the years in ‘The Hispanophile Series’, from literary criticism in the form of my Handbook to the ‘Legacy & Odyssey of Don Quixote’, to a city guide in Old Seville and even a book of photography and the first in the novel form of a paperback, hence the format: ‘photoback’, and entitled ‘A Vision of Seville’.

I have also written two history titles about the British Raj.

Many thanks Mark, great interview.