Opening Lines from Colette McCormick: Not My Brother’s Keeper

Opening Lines is back!

What better way to kick off a new season of these popular blogs than with a blog tour post.

Please welcome Colette McCormick to my site with the first 500 words (exactly) of her novel, Not My Brother’s Keeper as part of her

Thank you so much to Jenny for inviting me to share the first 500 words of my new book Not My Brother’s Keeper with you.

In this book, brothers Robert and Tom each tell their side of the story surrounding what happened after Michelle became pregnant. Family ties are stretched and some bonds, once broken can never be repaired. Although the story is set in northern England, it is the people rather than the place that is important.

I have two sons and while this story was inspired by them it is not about them. It all started with a throw away comment that the younger one made when his older brother left home. He probably didn’t realise what he had said but it was enough to get the cogs moving and Not My Brother’s Keeper started to form. 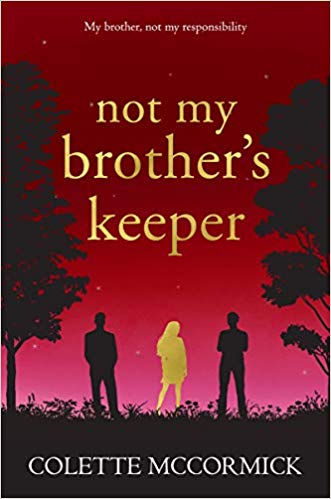 My brother, not my responsibility

Robert and Tom are practically identical – same height, same hair, equally good looking – but Tom never had the same confidence as his older brother, and for that reason, he is in awe of him.

When Robert’s girlfriend, Michelle, tells him that she’s pregnant, Robert disappears leaving Tom to clean up his mess. As Tom spends time with Michelle, reassuring her that she is not alone in this, the both begin to fall in love.

But is Michelle settling for second best?

Is Tom losing himself in what should have been his brother’s life?

Sixteen years later, without warning, Robert comes home and Tom has to find the courage to stand against the brother he idolized.

As brothers went, there wasn’t much to distinguish Robert and Tom Ellis from any other set of brothers that had gone before them or since.

With a little over two years between them, they grew up playing together, learning together, and even occasionally fighting together. As little boys they were each other’s best friend.

As older boys the bond of brotherhood – though still strong – became stretched as new friendships were formed. By the time they were both at secondary school, they were brothers who looked out for each other’s welfare, though they had little in common.

As adolescents, when raging hormones turned cherubs into demons, the stretched bond strengthened again; they were two boys standing together against parents who had forgotten what it was like to be young.

As young men, they established who they really were.

I don’t know what you want me to say. I was just a normal kid.

I liked my mates, I loved football and I hated school.

The only thing that I liked about school was the break times, which I spent either playing footie with my mates or round the back of the gym doing whatever the girl I was with would allow me to. My kid brother was the academic one in the family and more than one teacher said that I should take a leaf out of his book. No chance. The only lesson I liked was the one that Mr Dawson taught in car mechanics but it wasn’t really a lesson at all, more of a hobby class really; a bit like chess club.

My best mate at school was a lad called Craig Jenkins. We started on the same day and were in the same class all the way through. He was a massive lad – wide as well as tall – and he liked school even less than I did. We sometimes used to wag off and go into town together. He had a sister called Michelle who was in our Tom’s year. I think they did Maths together.

Me and Craig lost touch a bit after we left school. He got a job on a building site and I started working for Bill Deardon who had a garage behind North Road. We made new friends and didn’t have the common bond of hating school anymore. I still saw him sometimes when I was out, especially if I was in the Big Tree on a Friday night but we weren’t as close as we had been.

I loved my job. I mean, I know I spent the first six months making tea and watching what the other mechanics did, but Bill said that that was the way I would learn. I think I’d been there almost a year before I got my hands on anything under the bonnet of a car but I had learned a lot from watching the others and Bill was pleased with what I could do. I came across Craig’s sister again in the summer…

You can Buy Not My Brother’s Keeper on Amazon 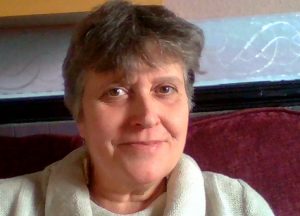 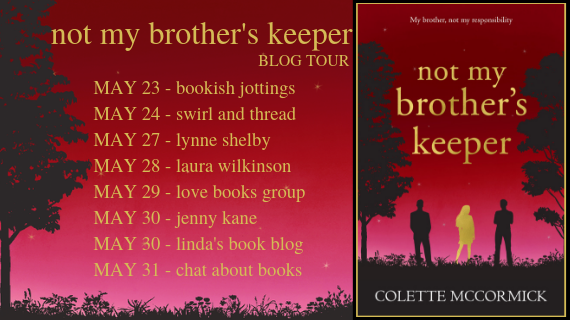 Many thanks for dropping by to share your first 500 words from Not My Brother’s Keeper, Colette.

Wishing you a successful blog tour.