For this week’s Opening Lines, I’m delighted to welcome a great friend to my blog, the fabulous author, Jane Risdon.

Thanks for asking me back to your fab Opening Lines which I enjoy reading so much and contributing towards.

My 500 Opening Lines come from the opening story in my very first collection of short crime stories under one cover for the first time: Undercover: Crime Shorts

Undercover: Crime Shorts features seven short stories which satisfy most fans of crime fiction and its sub-genres (not my words but those of a reviewer) and it was hard to put the collection together when you consider I have over one hundred short stories from which to choose.

These stories are designed to keep you on the edge of your seat and to be read during a train/bus journey perhaps or before bed. When you want read something you can finish in under an hour with more twists and turns than Spaghetti Junction.

I was so pleasantly surprised when upon release the collection shot into the Amazon Best-seller ratings at #18 in the UK and #333 in the USA – the first day!  Sadly, it coincided with me being in Facebook jail for a week at the same time, so promoting was a nightmare. I have no idea of which crime I was being convicted, but they have their own rules. 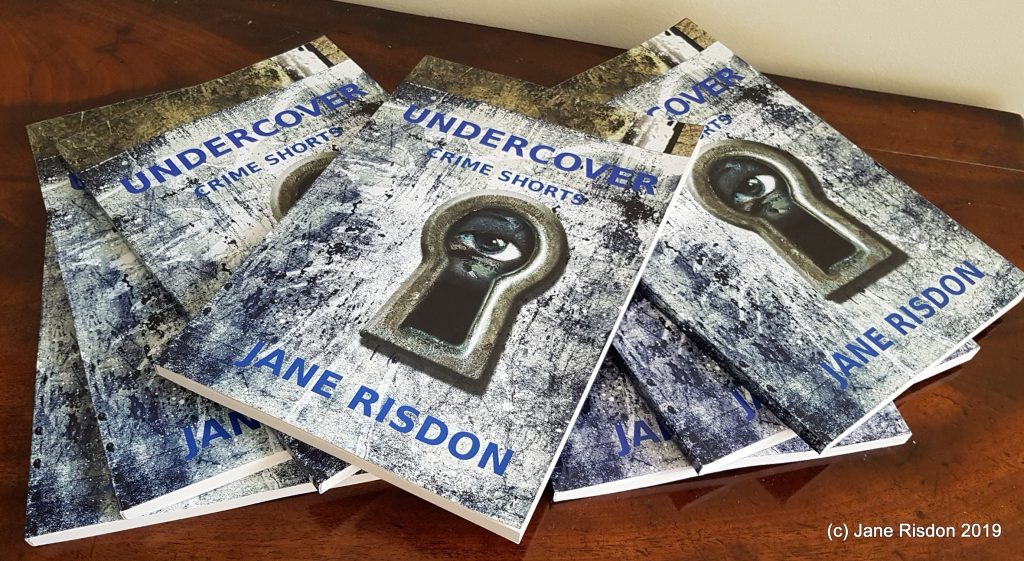 I chose Sweet Sable – The Red Siren, as my opening chapter in the book. It is set in Hollywood in 1939 at the height of the night-club age, when clubs were where singers got to show off their talents and where they stood a chance of hooking a ‘Sugar Daddy,’ and ‘Stage Door Johnnies,’ were on the hunt for a conquest and a quick lay.

A Great Grandfather was a ‘Stage Door Johnnie,’ in London, back in the day – my inspiration comes from so many sources!

Back to my story: The Mafia has a hold on Las Vegas and Hollywood and nearly everyone is in hock to them one way and another, even politicians. Corruption is rife in 1939.

Sable is a nightclub singer with another string to her bow and she uses her good looks, her sexy voice, and diva performances to snare rich men whose egos need stroking – this is how she makes her ‘additional’ living; snaring, hooking, and then stinging her male lovers – enriching herself by blackmailing them and adding to her ‘retirement fund.’

Before she is about to go on stage with the nightclub’s resident band she has a visit to pay and we meet her as she breaks into the offices of one of her ‘marks,’ before rushing back to prepare for her performance.

I’ve used Hollywood for this story because it ties into some research I had to undertake a while back when writing another Hollywood-based story about the apparent suicide of an up-and-coming young starlet. It’s called Cue Murder, and features in an anthology I contributed towards – Cons, Dames and G-Men published by Stab in the Dark Crime Writers. 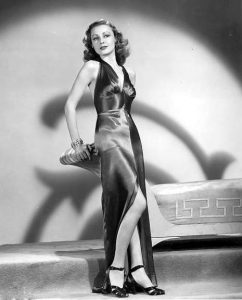 I used my husband’s late, great aunt, movie actress Elizabeth Risdon, for my research into the era of the silver screen in the late 1930s and I was able to go back to this research for Sweet Sable. Elizabeth’s career was long and successful. She began on stage in England and then Broadway, moving with ease into the Silent Movie era and later starred with many screen greats such as John Wayne and Cary Grant in over 100 movies during the Golden Age of Hollywood, until her death in the mid-1950s. 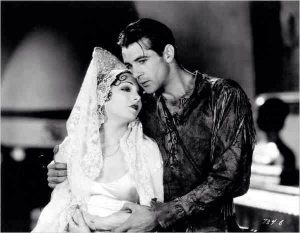 It was her roles with Lupe Velez – The Mexican Spitfire – which inspired Cue Murder and subsequently Sweet Sable – The Red Siren. 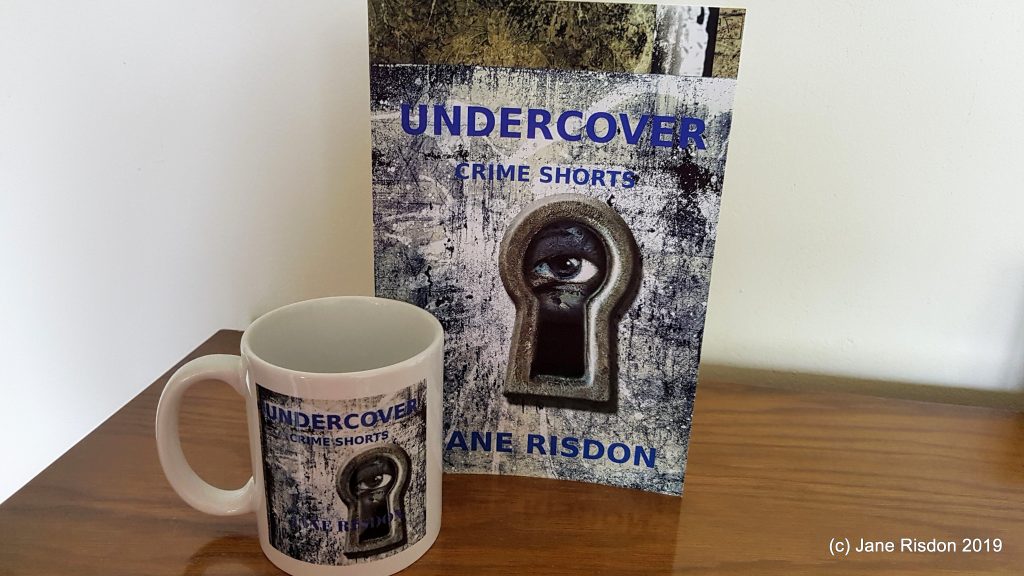 FIRST 500 WORDS from the Opening Chapter:

Closing the safe door quietly and with an expert spin of the dial the black-clad woman straightened up, slinging the grip with her haul over her shoulder. She stood listening intently before moving towards the office door. Again she waited, her ears straining, before gently prising the door open and stepping silently into the corridor of darkened offices; she eased the door closed calculating she had barely two minutes before the night-watchman made his rounds, trying the doors and checking the building was secure.

The woman headed for the fire escape where she’d made her entrance to the three storey building some ten minutes earlier. Gently raising the window she climbed out on to the metal staircase with the athletic grace of a ballet dancer, giving the dark alley below a quick once-over to ensure no-one was around she hastily made her way down the rusting stairs. Her tar- toned unremarkable and unmemorable automobile was parked across the street, hidden in the gloom of another narrow alleyway. Glancing at her wrist-watch – an expensive pay-off from a married lover – she knew she’d better step on the gas. She’d less than fifteen minutes to get back to the night-club, park her car at the darkest end of the outside lot, and leg it back to her dressing-room with enough time to change into her gown for her last set of the evening.

The red-head chuckled to herself as she repaired her lipstick pouting seductively at herself in the mirror, waiting for the stagehand to knock on her door with her final call. She was buzzing. She’d done it again, she’d pulled it off. It was better than any sex she’d ever had, and that was saying something. She chuckled, puckered her ample lips and blew herself a huge wet kiss.

As the spotlight found its mark the band-leader nodded to the scarlet-clad shapely figure who took up position in front of the microphone. Her hips swayed in time to the jazz trumpet and she took her cue.  Her sultry sable-clad tones sucked her audience into her lair.

The figures outlined in the flickering candle-light adorning circular tables dotted around the smoke-hazed, expectant venue, stopped talking and turned their heads towards the elevated stage where Desi Garcia’s Syncopators went into full swing behind Sweet Sable, also known as the Red Siren – neither was her real name but no-one cared. When her song ended there was a moment’s silence before they pounded their tables shouting, ‘more, more.’

Sweet Sable wiggled her slender but shapely hips, leaned over the stage giving more than an eye-full of her full bosom on display in her tight-fitting strapless gown and blew huge smackers into the air, aimed at no-one in particular but the full-blooded men in the audience got the message and so did their partners who silently seethed.

Her set over for the evening Sweet Sable made her way back to her dressing room, accepting compliments and congratulations on her ‘wonderful performance,’ smiling, blowing kisses…

Undercover: Crime Shorts is available from Waterstones in Paperback: ISBN 9780359397839

And from most digital platforms including Amazon, Barnes & Noble etc for Kindle, Phone and Tablet and from Lulu in Paperback too. 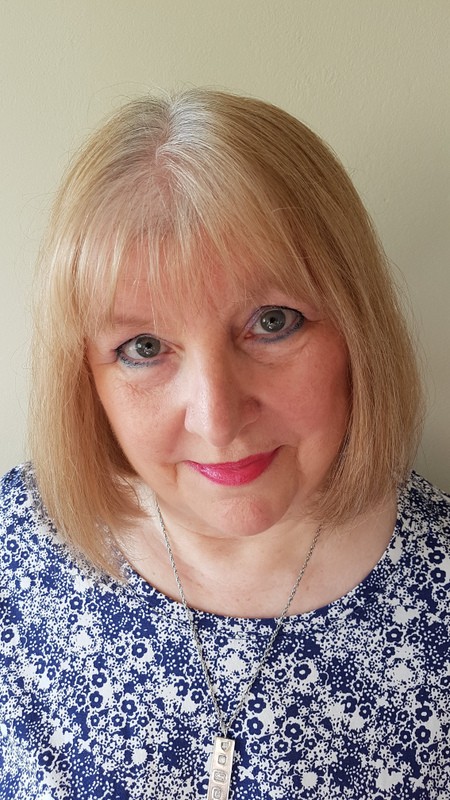 Author Interview on The Authors Show.com:

Many thanks for visiting today Jane,

How to Write Short Stories by Ashley Lister