I have to say, Dinner at the Happy Skeleton, sounds a hell of a lot of fun!

Over to you Chris…

Dinner At The Happy Skeleton – The Blurb:

Dan is the kind of gay man for whom the Noughties might have been named. Warm, witty and serially promiscuous, his heart melts at the sight of a chocolate brown Labrador — but with men it’s a different matter. He’s thirty-nine and as single as ever, not counting the couple he just met online. An arrangement that looks oddly like it’s going somewhere, until Dan gets fired from his job in advertising. With time-out and a payoff in his pocket, summer presents a world of possibilities; just as the memories surface of the ex he blames for the thinly-veiled chaos of his life.

‘In Dan, Chris Chalmers has created his most appealing protagonist yet … An eye-opening, always entertaining romp through modern sexual mores, with a sweet beating heart of true feeling at its core.’ SUZI FEAY, literary journalist 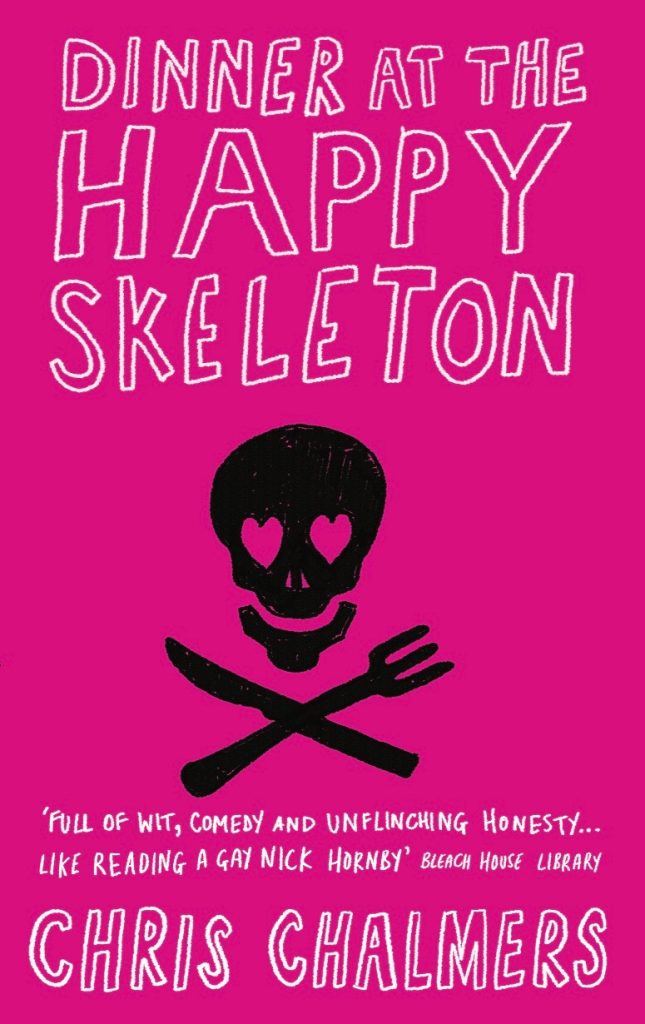 If you’re planning a late summer getaway, here’s a suggestion for a poolside page-turner with a difference.

Literary critic and Booker Prize nominee Philip Hensher called Dinner At The Happy Skeleton, ‘the perfect novel for a sunny afternoon. Full of charm and vim and sauce…’ And unless it’s the last white-chocolate Magnum in the shop, I’m not about to argue with him about anything.

Expect mid-life crises, bed-hopping, fun and adventures off the tourist trail, as Dan the out-of-work advertising man blows his latest redundancy cheque on a hedonistic summer of self discovery. What begins as the chance to take time out from his career turns into a quest to trace the ex that serial-singleton Dan blames for the smouldering ruins of his love-life.

Working on the principle that asking any author for an objective view of their novel is like asking Donald Trump to recommend a skyscraper, I’ll say no more. Try the first 500 words of Dinner At The Happy Skeleton for yourself. And if you like them, get in quick because the ebook is 99p till the end of August.

I call that sauce for your sun-lounger and a bargain to boot.

I love waking up next to Jack. He is five foot five, comedy small, so not what you’d call any of my types. But his skin is naturally smooth as a baby’s; a bonus in a man of thirty-four. I nuzzle his head under my chin and try not to think of the spider-legs running amok over my own shoulders. The red lights on his ceiling say 07:18. Another seven minutes till we are officially behind schedule.

‘I need a slash,’ he growls, in a voice cracked by dawn.

Jack is cute, with chipmunk eyes and cheeks you want to bite. He is a living Action Man, compact and perfectly proportioned with hair like a tennis ball. But he doesn’t love me really.

He tuts as his head disappears. The hummock under the duvet shifts and deflates until his feet appear at the bottom of the bed. The rest of him follows as he folds into a heap on the carpet and crawls for the door … It lacks the smooth entry and splosh of the little yellow submarine exiting the belly of Thunderbird Two. But it makes me laugh, every time.

At that moment there’s a clink of china and a swish of designer silk as the bedroom door opens, narrowly missing Jack’s head.

‘Brew,’ says Phil, stepping over him.

He puts three mugs on the bedside table. Then he slips out of his dressing gown and climbs back into the bed.

I met Jack and Phil online the previous August. We chatted, suggestively, two or three times. I enjoyed the frisson of not knowing which of the two guys in the photos I was talking to, and since for once they were both quite tasty,it didn’t matter.

As for the day we met – well, that was all quite Cynthia Payne …

So I’m sweaty and hungover, eager for fun if knackered from the night before, as I trudge up Denmark Hill with a rucksack full of sex toys. It takes me a while to find the address in a neat and tidy street that feels (no pun intended) anally suburban. Multi-hued children on tricycles clatter over paving stones, and though the net curtains don’t actually twitch like flamenco hems it feels like they should.

The taller one answers the door and shows me into the kitchen, where the shorter one is emptying the dishwasher from Sunday lunch. A tiny telly plays on the granite worktop as I tear a can of Fosters from the four-pack I picked up at Sainsbury’s.

‘I didn’t know what to bring,’ I say, my rucksack betraying otherwise as it thuds on the terracotta flags. 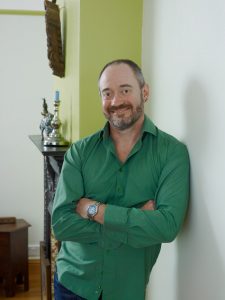 Another fabulous set of opening lines!