Opening Lines with Lynne Shelby: The Summer of Taking Chances

This week I’m delighted to welcome Lynne Shelby to my Opening Line’s blog. Today Lynne is sharing the first 500 words from her brand new #romcom, ‘The Summer of Taking Chances.’

It’s been ten years since Emma Stevens last laid eyes on Jake Murray. When he left the small seaside village of South Quay to chase the limelight, Emma’s dreams left with him.

Now Emma is content living a quiet and uneventful life in South Quay. It’s far from the life she imagined, but at least her job at the local hotel has helped heal her broken heart.

But when Jake returns home for the summer to escape the spotlight, Emma’s feelings quickly come flooding back. There’s clearly a connection between them, but Jake has damaged her heart once already – will she ever be able to give him a second chance? 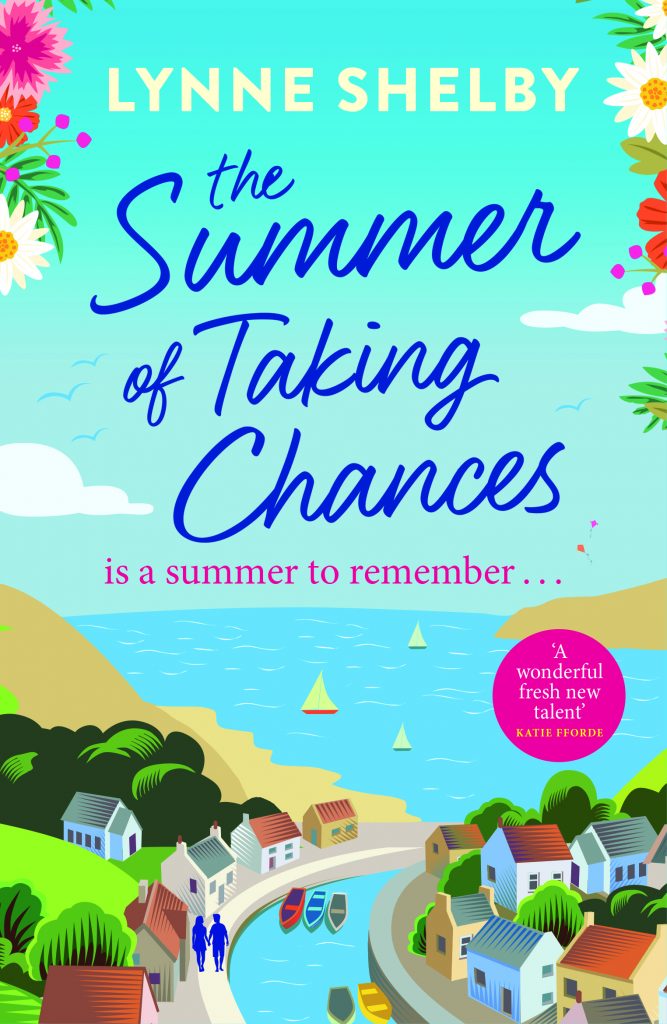 ‘Such a glamorous life we actors lead,’ I said.

Richard stacked the last of the chairs against the wall. ‘I think we’re done,’ he said.

I took one final look around the hall. Satisfied that we’d removed all evidence of the South Quay Players’ rehearsal, and the Mother and Toddlers’ Group would have no cause
for complaint when they arrived at the community centre the following morning –
an unwashed coffee mug lurking in the kitchen sink had caused uproar only last
week – I returned the brush and dustpan I’d used to sweep the floor to the
broom-cupboard.

‘Emma,’ Richard said, ‘before we go and join the rest of the cast, can I ask you something?’

Richard hesitated, and then he said, ‘Just between ourselves, what’s your honest opinion of the committee’s choice of play for the summer show?’

‘You don’t think we’re being too ambitious?’

‘Not at all,’ I said. ‘Of course, as I’m playing the female lead, I may be biased.’ The Players might be a small amateur dramatics society who shared their rehearsal space
with the Brownies, a Pilates class and the WI, but the thought that in just a few months’ time I’d be performing as Juliet, my favourite Shakespeare heroine, in front of a live audience made me smile – just as much, I felt sure, as if I was acting in a West End theatre.

‘You were good tonight,’ Richard said, ‘but you’re a naturally talented actress.’

‘Thanks,’ I said. ‘You weren’t too shabby yourself.’ Richard gave an exaggerated bow, reminding me of the time he’d played Dandini in Cinderella.

‘I think I did OK,’ he said, ‘but some of the cast are mangling every line. I can see us being called in for a lot of extra rehearsals this summer.’

‘I’m not saying it won’t be a challenge to get it right,’ I said, ‘but surely it’s good to stretch ourselves as actors?’

‘I think that rather depends on why you took up amateur dramatics,’ Richard said. ‘Why did you join the Players, Emma?’

I stared at him. Where is he going with this? I thought. ‘I love acting,’ I said. ‘I always have. When I was a teenager, the school play was the highlight of my year.’

‘I enjoy acting,’ Richard said, ‘but I can’t help thinking that it stops being enjoyable when the show is a disaster because half the cast aren’t up to it.’

‘It’ll all come together,’ I said, uncomfortable with the direction the conversation appeared to be heading. These were our friends Richard was talking about. ‘It always
does.’

‘I’m sure you’ll make a brilliant Tybalt,’ I said.

‘Not that it’s the role I wanted,’ Richard said.

So that’s what this is about, I thought.

‘Henry can’t have done a better audition than me,’ Richard went on, ‘but once again he gets the lead…’ 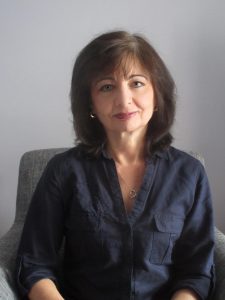 Lynne Shelby writes contemporary women’s fiction and romance. Her debut novel, French Kissing was published after it won a national writing competition. When not writing or reading, Lynne can usually be found at the theatre or exploring a foreign city with her writer’s notebook, camera and sketchbook in hand. She lives in London with her husband and has three adult children who live nearby.

Many thanks for coming by today Lynne.