Tom Williams: When I was looking for a hero for a new series of books…

When I was looking for a hero for a new series of books, I asked friends for suggestions. One of these was an Alaskan writer who I had met dancing tango in Buenos Aires, as you do. She said that I should look amongst the European adventurers who lived in South America around the time that they were fighting for independence from Spain.

Jocelyn’s advice (thank you, Jocelyn) was a while ago now, and I can’t remember quite how I started to follow it, but I read a lot of books about 19th century South America until I came across the name of James Burke.

Burke was a spy for the British who had prepared the way for the British invasion of Buenos Aires in 1806. (Yes, I had no idea either.) He sounded an interesting fellow, so I went to find out more about him – and discovered that, although there were stories in Spanish, there was hardly anything about him in English. The one paper I found was in an Anglo-Irish journal (Burke was Irish) not widely available in England. Even the British Library had lost their copy and had to send out for one specially.

It turned out that Burke was quite an exciting character. He had fought in Haiti and travelled widely in South America and Europe. His name was linked (nudge, nudge) with the queen of Spain, a princess in Brazil and the Viceroy’s mistress in Buenos Aires. Honestly, the first book about him (Burke in the Land of Silver, now available from Endeavour Press) practically wrote itself. 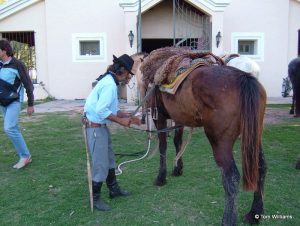 I needed to do some more research, of course, and that took me back to Argentina and an unforgettable day galloping across the pampas with the gauchos as they lassoed cattle to check their health. (We were with a Scottish cattle farmer, who said that his father did much the same thing, but with pickup trucks and no lasso, which seemed much less romantic.) 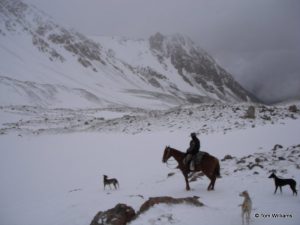 I followed Burke’s footsteps on horseback through the snows of the Andes, too, with a couple of nights in an unheated stone hut at 3000 metres, which was, in its own way, even more unforgettable. 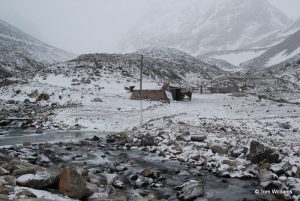 Burke in the Land of Silver is a tale of devious plots, thrilling fights, wicked women and a villain all the more deliciously evil for being a real historical character. Buckles are swashed and bodices are ripped. I had huge fun writing it and I hope you’ll have fun reading it. And at the end, you will find you have painlessly acquired a basic understanding of Spain’s role in the Napoleonic Wars and some of the early history of Argentina, a country I have grown to love. 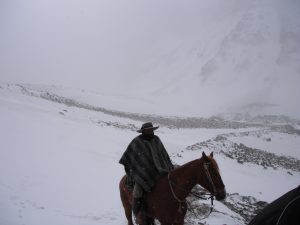 No one is quite sure what Burke did after Buenos Aires, but his name remained on the Army list well after the wars with Napoleon were over. I’ve written five books about him now, three to be published over the next few weeks and the remaining two to come out later, if book piracy leaves me with enough sales to justify them. (I so wish I was exaggerating the problem there, but I’m not.) The stories that follow Burke in the Land of Silver are entirely fictional, but the historical background to each one is all too real. The wars with France were horribly bloody, wreaking havoc with the economies of every country in Europe. But in all the chaos and bloodshed, there genuinely were stories of derring-do and adventure, and I tried to capture some of that excitement in the James Burke series.

‘Burke in the Land of Silver’ – https://www.amazon.co.uk/Burke-Silver-Majestys-Confidential-Agent-ebook/dp/B078TGFSZT

‘Burke and the Bedouin’ – https://www.amazon.co.uk/dp/B078PKKNBD 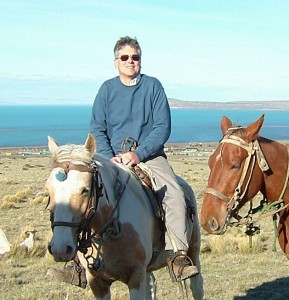 We did have a ferret, which I thought would be an appropriately writer sort of thing to have around but he  eventually got even older than me (in ferret years) and died. I’d try to say something snappy and amusing about that but we loved that ferret and snappy and amusing doesn’t quite cut it.

If you all buy my books, I’ll be able to finish the next ones and I’ll never have to write for the insurance industry again and that will be a good thing, yes? So you’ll not only get to read a brilliant novel but your karmic balance will move rapidly into credit.

Many thanks Tom. Good luck with your novels.