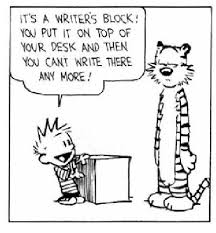 The reason behind Kit’s writers block is very personal to me. I’m not going to tell you why she is suffering – it would ruin the story! However, I will say that my motive for giving Kit the problem in question was a pre-emptive strike. Perhaps it was even therapy – because I knew that I was about to go through a similar experience to Kit myself. And now- today – I can feel myself on the edge of it. (Sorry I can’t tell you what ‘it’ is, but it really would ruin things for you as a reader.) I thought that if I tackled the issue on paper via a pretend me first, it wouldn’t be so bad in reality.

Only time will tell whether my plan will work. My writing isn’t blocked at the moment- I am eating a hell of a lot of cake though…

If you want to discover if Kit manages to get to the root of her own word block, and see what else the Pickwick’s crew are up to, then you can buy Another Glass of Champagne from all good bookshops and eBook retailers, including-