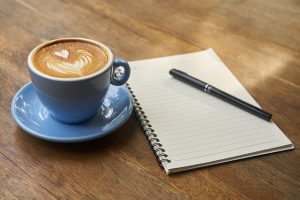 The reason behind Kit’s writers block is very personal to me at the moment. During Another Glass of Champagne, Kit’s twins are getting ready to head off to university. My own daughter has just made that leap, and I, like Kit, am finding quite hard to write at the moment. Nothing feels quite right- although there is no logical reason for that to be the case- I have more time, and yet…

My motive for giving Kit empty nest syndrome inspired word block was a pre-emptive strike on my own behalf. Perhaps it was even therapy – because I knew that I was about to go through a similar experience to Kit myself. I thought that if I tackled the issue on paper via a pretend me first, it wouldn’t be so bad in reality.

Only time will tell whether my plan will work. My writing isn’t blocked at the moment- but it’s only day one of not having my daughter here. I am eating a hell of a lot of cake though…

To see what else the Pickwick’s crew are up to, then you can buy Another Glass of Champagne from all good bookshops and eBook retailers, including-

13 years and counting: a rethink and a retreat