I’m delighted to welcome Jules Hayes to this week’s Opening Lines, with her new novel, The Walls We Build.

Over to you Jules…

Thank you for having my new book, and me, over on your blog, Jenny.

The Walls We Build is my debut historical novel and written under my pseudonym, Jules Hayes. I also write contemporary thrillers as JA Corrigan.

The Walls We Build, part love story, part thriller, and part mystery, is a sweeping generational dual timeline tale and set in the period between 1928 and 2004. The narrative boldly draws on the figure of Winston Churchill, who takes a small but important cameo role in this labyrinthine story of three childhood friends.

I was inspired to write the story after seeing a photograph of Winston Churchill – Britain’s pugnacious but passionate wartime Prime Minister – addressing battle-weary troops in Libya, North Africa, and only days after the Allied victory in the desert war campaign. 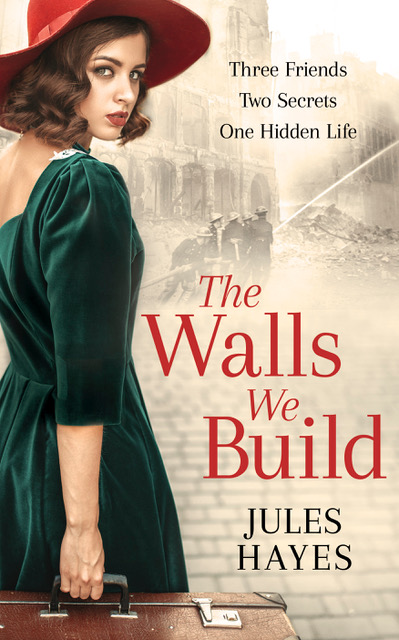 Growing up around Churchill’s estate, Frank, Florence and Hilda are inseparable, but as WW2 casts its menacing shadow their friendships become more complex and strained. Following Frank’s death in 2002, Florence writes to his grandson, Richard, hinting at a dark past.

On investigation, disturbing secrets come to light that have not only haunted his grandfather’s life but will now impact on Richard’s too. When a pivotal encounter between Frank and Churchill is revealed and a mystery relative in a psychiatric hospital discovered, just how much more does Florence dare disclose, and is Richard ready to hear?

Frank lifted his head a fraction and listened to his wife shuffling around in the bedroom above. She was keeping out of his way, just as she’d been doing for more years than he wanted to admit. He slumped further into the armchair that she’d placed strategically so he could look outside, and not bother her. With his chin resting on his chest, he scrutinised his useless body, knowing he’d never achieve the miraculous recovery his old employer had managed fifty years before.

Finally, Frank turned, his line of vision settling on the glass panels of the patio doors, and through those, towards the silver birch that stood as an arboreal chandelier in the harsh morning frost. He clocked the untidiness of the garden; bushes not pruned, last summer’s bedding plants long dead, and the grass was a bloody mess. He hated to think what was happening down at his allotment, although Richard would happily sort it, the garden too. Frank would love to see more of his favourite grandson, but instead, here he was, confined to this one room, hearing the familiar creak of footsteps on the stairs as Hilda made her way down. He could gauge every one of her movements around the house, always knowing exactly where she was. Now, she’d be loitering on the other side of the sitting room door. Waiting for him to die.

He should call Richard. Do it now. There were secrets he needed to share with his grandson. Where was his mobile? On the table in the hall? Frank pushed himself into standing, but his knees collapsed as a sharp pain ricocheted throughout the front of his skull. Excruciating. Just like the last time, although this was worse. Much. He couldn’t see his wife but sensed she’d crossed the threshold into the room; he tried to call out. No sound came from his lips and in the lull that came before the real tornado he managed to move his head. There she stood, red hair now white and wispy, her face expressionless. He tried again, tried to say the words, Richard and phone. She turned away.

Frank didn’t want this to be the last thing he saw. The back of a woman he’d once loved so much but whom he’d come to despise. Instead, he found what he wanted to see, the full and vibrant image of a life half shared and of a woman so different to his wife, in every conceivable way.

With her legs splayed out and her back leant against the biggest oak in the village, which was conveniently situated at the rear of the church and away from prying eyes, Florence finished the last puff of her cigarette. She placed it on the parched ground and used the scuffed heel of her boot to extinguish it properly. The countryside’s like a tinderbox, her dad had told her; the last thing she wanted was to start a fire … 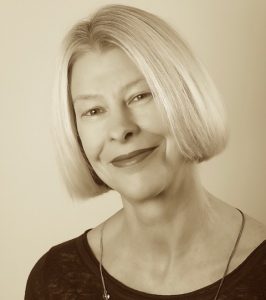 Jules Hayes lives in Berkshire with her husband, daughter and a dog. She has a degree in modern history and holds a particular interest in events and characters from the early 20th century. As a former physiotherapist and trainer – old habits die hard – when not writing Jules likes to run. She also loves to watch films, read good novels and is a voracious consumer of non-fiction too, particularly biographies.

Jules Hayes’ second historical novel, which is due for publication in late 2020 is another dual timeline story.