This week’s Opening Lines is just perfect for Halloween.
Please welcome Tom Williams, with the first 500 words of his latest novella, Dark Magic.
Over to you Tom…

Here’s a Halloween treat – the first 500 words of my novella, Dark Magic. It’s a big change from the historical fiction I usually write. I’m not sure quite how to describe it. It’s part thriller, part supernatural horror story (don’t worry, it’s not scary), and part (I hope) comedy. It grew out of an evening spent with a bunch of magicians and a few drinks and it just sort of grew by itself. It’s being published today, as Halloween seems a particularly appropriate launch date. I hope you love it.
Blurb
Two magic shows: the Maestros of Magic touring the country, playing provincial theatres; the Carnival of Conjurors successful in the West End. When the Maestros learn that the Conjurors are using real magic – Black Magic – to do their tricks they decide that they must use their own, distinctly unmagical, stage skills to stop them. Soon people are dying on stage – but can the Maestros really beat a team that has the devil on their side? 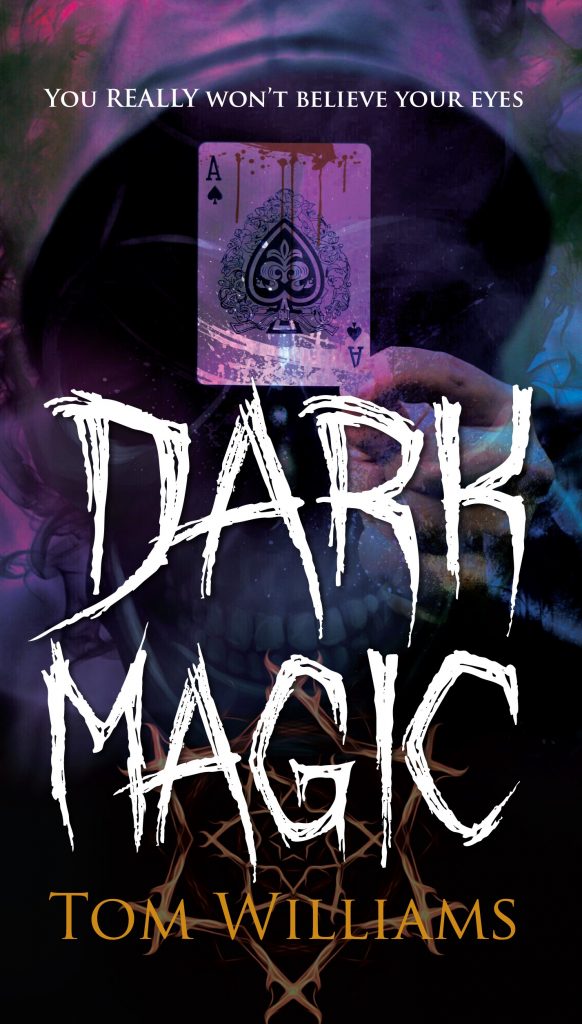 “That’s what it says. Mix in baby’s blood and use that to mark the pentagram.”

There were six of them, and Claudia looked from face to face waiting for someone to say that this was a ridiculous idea. She could, she supposed, have said it herself, but it was not as if anybody would have listened. Nobody ever listens to the magician’s beautiful assistant.

In fairness, they didn’t exactly rush to agree with the plan either. When Jerry spoke, he had the decency to sound embarrassed.

“Does it have to be a human baby?”

Jerry’s role in their conjuring show was to do the tricks that appealed mainly to children. It brought in family audiences, but the other magicians secretly – or, to be honest, not that secretly – despised him. Still, Claudia thought that one or two might have taken his side here, but Daniel didn’t allow time for any of them to join Jerry in questioning his plan.

“It’s true that it doesn’t specify human.” Daniel smiled. It was an unconvincing smile and Claudia thought he did it mainly to show off his teeth. They were quite startlingly white, though marred, in her opinion, by rather over-developed canines. “But human seems fairly clear from the context.”

“Well, could we try it with something else first?”

Daniel’s smile vanished. It was as if someone had flipped a switch. Where there had been a big white smile, all you noticed now was a very square jaw and full, but rather sulky, lips. And, if you raised your eyes to his, something about his irises that made you look away again very quickly.

“It’s hardly as if the other ingredients were easily come by. We don’t want to mess it up and have to do it again.”

They were quiet at that. Claudia had the impression that they were all thinking of different things. She reckoned they would say the worst was the virgin’s tears. Despite all the tired old jokes, finding a virgin had been the easy bit. It was keeping her crying for long enough to collect a vial of tears that had been wearing on their nerves.

After a pause, long enough for all of them to remember details they would rather have forgotten, Daniel spoke again.

There was an uncomfortable nodding of heads.

“How much blood are we talking about?” That was Tor – almost certainly not his real name but there was something about the way he looked at you if you questioned him which discouraged you from asking twice. He was an illusionist, constantly fretting about the mechanical details of his act. “And what about clotting? Are we going to add an anti-clotting agent?” Claudia remembered an illusion that involved an arm being cut off. Tor had been dissatisfied with the stage blood most magicians used and had experimented with various concoctions of his own. Claudia had never enquired as to what they were, but one had clotted and spoiled the act and… 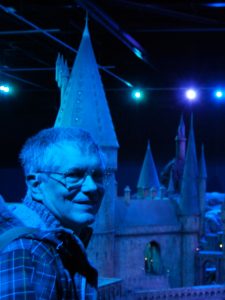 Bio
TOM WILLIAMS has published six books of historical fiction but this is his first contemporary story and his first novella (33,000 words). He has spent far too much time hanging round with magicians. ***
Many thanks Tom.
Happy reading everyone,
Jenny x