After a break in January, Opening Lines is back!

Kicking off the first blog of the series for 2020 is Richard Gould, with his brand new novel, Mid Life Follies.

Thank you, Jenny, for inviting me onto your blog.

Although I didn’t set out to be categorised as a Romantic Fiction novelist, that’s what I am. In case people haven’t noticed, there aren’t that many blokes writing (nor for that matter, reading) this genre, despite the fact that around 50% of those in relationships are likely to be men. I think the lack of male authors is a pity because a male take on romance can provide fresh insights into the ups and downs of starting, sustaining and ending relationships. I focus on second chance ones, using humour to describe tragi-heroic journeys in pursuit of love, while struggling to cope with cartloads of baggage.

Mid-life follies is well and truly about second chances. Following the early retirement of Hugh, the male protagonist, panic sets in for his wife, Liz. All the old clichés come to the fore – feeling trapped, needing space, fearing ageing – and she takes flight from the comfort of the family home. 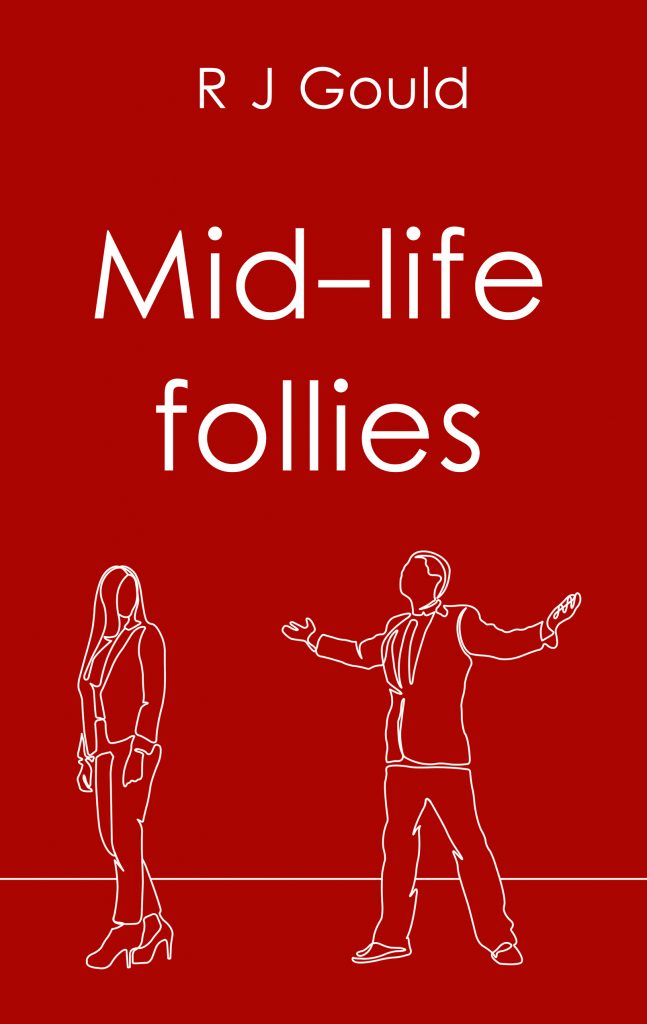 My first thoughts about how to cover this theme were centred on the humour as the couple compete for who can have the most embarrassing mid-life crisis. Once I started writing, I recognised that there was considerable poignancy and home truths to add to the humour.

‘When you look in the mirror, do you see someone young and vibrant like you used to be,’ Liz asks her husband, ‘or old and decrepit like you’re going to be?’

This question is the trigger for Liz’s decision to leave the comfortable family home in Cambridge after twenty-three years of contented marriage. A brisk walk to clear her head of the feeling of being trapped doesn’t work. On a brief escape to the seaside, a wholly out of character one-night fling makes things worse.

A baffled Hugh is left to figure out why his wife has abandoned him. Is she suffering a mid-life crisis? Is he experiencing the same affliction?

A succession of twists and turns prevents a restoration to the normality that the couple increasingly crave as their children, parents and friends discover that immaturity is not solely the preserve of the young.

“This tale of self-doubt, adultery and forgiveness is shot through with humour and compassion. A most enjoyable read.”

Soon after my fifty-ninth birthday, a lifelong interest in reading obituaries took a perverse turn for the worse. I began to ignore the parts about inspirational achievements and headed straight for statements about age of death. A vague insecurity arose if someone had passed away around the sixty mark. I would scrutinise the photo to assess whether, compared to me, they had been overweight, balding, wrinkled or showing any other sign that they hadn’t aged well. That all important sentence citing cause of death was of particular interest. I was content if a sixty-year-old had been hit by a bus or murdered by a jealous ex-lover. A long-standing debilitating disease was reasonable too, but what I didn’t want to see was reference to those sudden things that imperil older people, like a heart attack or a stroke. Because that could be my fate next year, next week or even tomorrow.

I was neither ill nor a hypochondriac, in fact a recent annual check-up had revealed that I was remarkably healthy for a fifty-nine year old. Instead, the cause of my anxiety was that a mid-life crisis had been activated. I use the word “activated” because I’m convinced I would never have suffered one had it not been for Liz’s conduct. Men can suffer them at a significantly younger age than my own, but quite simply I’d never seen the need because I’d been more than happy with life – my family, my job, my health, my friendships.

I know the exact date when it all started: 21st July.

The eighteenth of July had been the last day of the academic year and my farewell to teaching at Legends Academy – I was taking early retirement. I’d worked there for almost thirty years, just two since the daft new name had been selected by the governors following a poll to parents that had produced thirty-eight voters out of a school population of over a thousand. “Where Legends are Nurtured” became the school motto.

It would take a brave or even foolhardy person to challenge my opinion that the school had never nurtured a legend and was unlikely to ever do so. Our most successful ex-pupils achieved their fame through notoriety. Des Robins was the City trader who didn’t quite manage to bring down the bank where he worked, but it was a jolly close thing. Dino Stringer made his fortune drug dealing, his fleet of cars and lavish mansion the envy of many in the locality. It all came to an end with a car chase around the M25 and he’s still inside five years after the trial. Hazel Broad, aka Flightchick, had some success as a singer, but being smashed on stage diminished her popularity with promoters despite raising it for her audience. Those in the staff room with some interest in her well-being indicated that now she was spending her time opening supermarkets. I’d had high hopes for one of our lads, a promising footballer, but alas, Shane Hughes got no further… 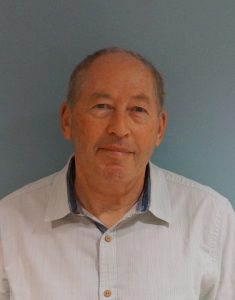 R J Gould is published by Endeavour Media and Headline Accent and is the author of four novels:  A Street Café Named Desire, The Engagement Party, Jack & Jill Went Downhill and Mid-life follies. He is a (rare male) member of the Romantic Novelists’ Association. Having been selected for the organisation’s New Writers Programme, his first novel was short-listed for the Joan Hessayon Award. Ahead of writing full time, R J Gould led a national educational charity. He has published in a wide range of educational journals, national newspapers and magazines and is the co-author of a major work on educating able young people, all rewarding, but his passion is writing fiction. He lives in Cambridge, England.

Wishing you much success with your new novel.

Recipe for writing success: Scones anyone?